And here this day, we present to you the official FAQ about Omega Warfare. A full round of questions and answers about the project, the environment, engine, story and much more. 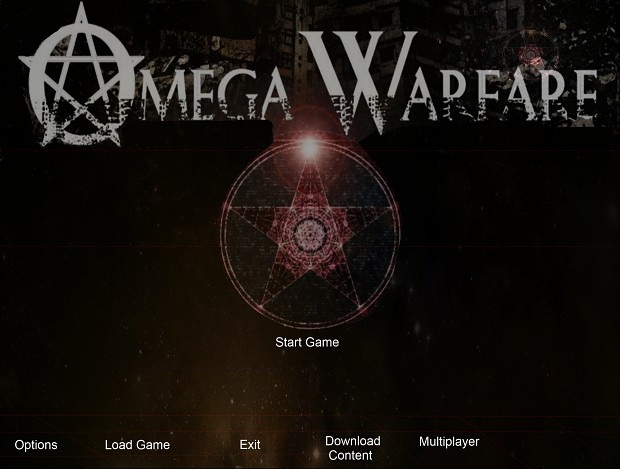 #2 Does Omega warfare stand for anything ?
Yes and no, the word/name Omega is the name of the most elite team of the Soulless. The most powerful army in the world, Omega ( the Omega team ) is the best elite team of the soulless.As for Warfare, well the words pretty much explains it.

#3 Does it have multiplayer ?
Yes, Omega warfare comes with Multiplayer, Coop and special multiplayer modes.

#5 will it follow a specific storyline ?
Uhmmm, basicly Omega Warfare follows a storyline, but the player can change that storyline depending on your actions. A estimate of how much change you can bring to the storyline is massive. Each mission and quest has more then 10 different outcomes. Each outcome has their own twist in the storyline, So you can choose to destroy a city or town or save it. Or do you send your ARMY into battle? Each action has a reaction.

#6 How long is Omega warfare in development ?
Not much longer then a year now.

#8 What makes this game Unique ?
The fact that Omega warfare is the only tactical shooter game that uses a manga filter is already unique in the game industry. But also the combination of FPS, RTS and RPG into one.

#10 Will there be a forum or a website ?
Yes. A forum and a website is in development as we speak, but we want a website with cool screenshots and concept art. So it will take a while.

#11 Are there side quests ? And how do they work?
Yes, Omega warfare knows more then 15 different types of side quests, here are some examples:Kill enemy ?, Bring or deliver a package, Secure a craft site, Collect items, Guard something, and many more. So with the combination of 15 quest types we created more then 90 side quests.

#12 What is the currency system?
We kept this one easy, Omega warfare uses Bucks ( 1 buck/ multiple bucks)

#14 Do you level up ? Or gain skills ?
Yes you level up and you gain skills. You level up by earning experience by either killing enemies, complete main goals, complete quests, create custom armours or weapons and more ways to achieve experience.
Every 2 levels you can pick a new skill, later in the game you have the ability to create your very own skill. As a example of one of the skills is the Anti Bullet aura.

#15 Is this game straight or can you follow different paths ?
Just like question #5, Every mission has 10 outcomes. But besides missions you can also free roam. But that doesn't mean you can go to the end.

#16 I've seen somewhere that you can control a army, how does that work ?
In missions you can bring 5 team members with you. ( you don't have too)If a missions gets to hard you can call / spawn your army, and special options will be available. Options like : > Wipe out the floor, Find and collect goods, or protect section ?But first before you can own a army you must find recruits, this can be done by completing missions, or hire mercenaries. There are 3 ways to make someone a member of your army, Either they join you because you helped them, You can manipulate people to join you or you bribe people. For example this option > You join us or we kill your family )

#17 Can you deploy your army anytime you want? And where ?
The army control is always available anytime any place. Even in free roaming.

#18 Can you level up your army?
Yes, but this works differently then a normal character level up. In order to level up your army, you need to complete main goals and/or side quests. That way you will gain Visual Karma points. The more karma points you have the more you can spend on your army, You can level your army's HP, armour, weapons and you can level up research skills. Such as Biological. In total you have more then 8 research skills that you can upgrade. You will need this to create new and more powerful items such as weapons, armours ammo and many more.

#19 Can you customize your army ?
YES, In Omega Warfare you can almost customize everything, weapons, armours, ammo, items. This is the same for your army, You can upgrade your army/ base with defensive turrets, power drones, create androids to guard your base while you are on a mission and many more.
Later in the game you have the ability to create your own everything > Armours, weapons items etc.#20 Do you always need a army? Or can you go solo?In mission you are allowed to bring 5 other followers, but you can decide to go solo. Not spawn your army. But keep in mind, You will need a army in the end, so always recruit people.

#21 So is this game more for RTS players or non RTS gamers ?
This game is for everyone who likes customization, RTS, FPS and RPG.

#22 Is there instant travel ?
NO, Plus how is instant travel possible ? There are no teleporters.Besides, your character. Or I must say the entire Omega team may have special powers but the cant teleport anywhere they want.

#23 is there transportation ?
Duo to no instant travel we do created transportation, such as Vehicles, aircraft's to special (artifacs)

#25 What kind of music does Omega Warfare have ?
The official ost consist of of Mission soundtracks, Radio soundtracks and TV soundtracks, in total more then 130 Soundtracks, from rock, rap, techno, trance, pop, futuristic and many more. We even have comedy Radio channels.

#26 What kind of enemies are there ?
Many different other armies within the wasteland, mutated animals, alien lifeforms, and the weather itself is considered as enemy.

#27 Can you free roam ? Or are you stuck with a straight line ?
Once you are done with the first 3 tutorial missions you have access to free roam.

#28 What engine does omega warfare use ?
A heavy modified Jupiter EX engine ( the engine that is currently used by Day 1 studio's for FEAR 3. )

#30 For multiplayer, will it have different modes to play with ?
Yes, you have Coop, and many different multiplayer modes such as, classic deathmatch, capture the flag, Trap Arena, Gladiator arena and many more.

#33 What are the system requirements ?
To early for say.

#34 I'm interested to help you guys out how can I do that ?
Send a email to machine.angel@hotmail.com

#35 Can you tell us a little bit more about the story ?
Apart what is on the moddb page already we cannot say much more.

#37 So is this like fallout 3 ? or WOW ?
Absolutely not, It might be a post apocalyptic game, but it doesn't make this a fallout spin-off.First of all, in Omega Warfare you will fight against mercenaries, armies, animals and many more. There are no “”Vault”” shelters, pip-boys or anythings. Omega warfare is absolutely NOT WOW because there are no fantasy creatures or magic spells or anything. Try to fuse these games together, Stalker, FEAR, Fallout and Demon souls together.You walk in a nuclear, biological wasteland full with mutated animals, biologic enhanced creatures, Anomalies like in stalker, and because its a biological wasteland you might encounter FEAR effects. The level up system is almost like Demon Souls, you collect points, when you have enough points you can go to your terminal or when your original battle suit is online again you can level up there. So you will not automaticly level up. The scenery itself in Omega warfare is almost like Fallout, but the game is not set in DC or USA, in fact the game plays in Europe.

#38 In the above question you mentioned Fallout, will there be special moves like in fallout 3 VATS system?
Ummm NO, you cant pause the game and take your time to aim at people. But you can however slow down time with your special powers, only in this form you will enable special deathmoves.Only a few special powers has their special death moves. And offcours awesome explosions will be in slow motion.

#39 Special powers ? How is that possible ?
Each omega soldier ( the omega team) are biological experimental soldiers. They don't carry normal blood, in fact they have EXB blood ( Extreme Xenom blood) because of that they are able to use special powers. Here are some special powers : Anti bullet aura, Bullet reflection wave, Time manipulation, Mind breaker, Super nova, Spiral beam, lifesucker, Energy drain, Cloak, Weather control, Spawn anomalies and many many more. There are over 90 different special powers. 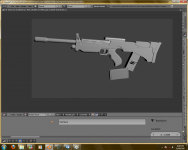 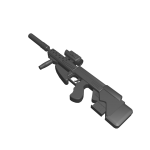 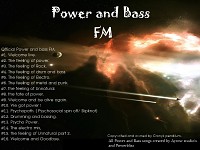 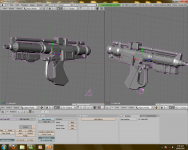 Warning one thing has changed in the faq, the question > What engine is being used ? That has been changed, we switched game engine. >> from jupiter to cryengine 3

sounds good, although it's a pitty the loss, of loved F.E.A.R combat system and effects.