This is the first of several character factfiles featuring members of the joint SAS/SBS taskforce, sent to Northern Ireland. This week, is Sergeant John Casey, whom the player takes control of during gameplay..... 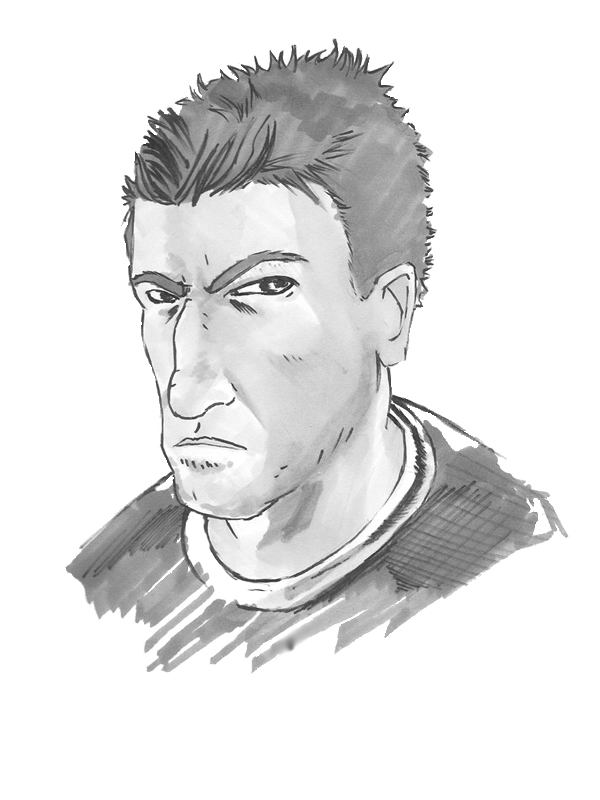 Born in Antrim in 1958, John moved with his family to York in England, fleeing the troubles when he was 8. After leaving school at 16, he joined the Royal Marines, being assigned to 42 Commando, before applying for the SBS at 20 years old. While in 42 Commando, he served in Northern Ireland, and when he joined the SBS, the Falklands War. During the conflict, he built up a strong relationship with Dan "Mackie" MacIntyre, the second in command of Operation Pathfinder, after he saved their lives more than once. He was selected by Mackie as part of the operation due to his ability to think quickly under fire, and leadership skills.

awesome! nice that u guys have a bio for him!

i always wanted to play as character from chuck.

Chris, we'll have them for the rest of the team as well, and it helps come up with the style of speech, and way he acts in cutscenes, how he'd react to certain things etc.

And jstoner, for someone who's not from the US, able to tell me what on earth you're on about? :P