A look at heroes, and how they can influence your chances in Veil of Crows.

Hero units in 'Veil of Crows' play an important part in your Kingdom. There are no rules how you use the great champions under your command: They can become mighty warriors with heavy armour, riding on horseback charging into battle - or you may keep them posted in some backwater town, taxing your hard working citizens to fund your army.

Hero units gain experience in battle. A 'General' will be selected from any hero with the highest leadership skill (or otherwise highest ranking) and they will gain additional experience any time an enemy is killed. After the battle, additional experience points flows up the chain of command to the Lord of your armies hometown, and to any villages associated, and eventually (if you have declared one).. your king. This helps non combatant champions gain some exp, without needing to risk their lives in battle.

Did I mention they can die? There are no invulnerable units in VOC, once a hero dies, so does any bonuses they granted. In the main game mode of VOC, if this is your main character.. game over! So best to suit up, mount up, and most importantly, level up! 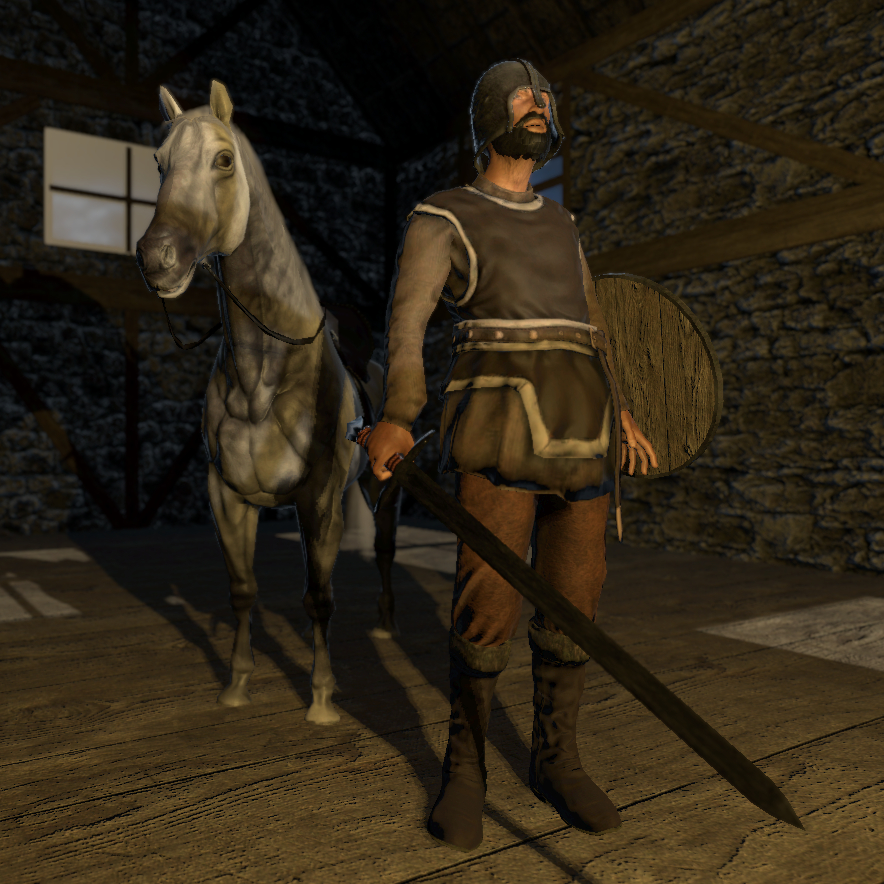 Suit up you say!?? Yes, In VOC you may enter the armoury of any town you are friendly with (providing they have one), and purchase weapons, armour and horses for your hero units. The higher they have upgraded their town (mainly blacksmith, tannery, stables and armoury), more equipment will become available. Upgrading your units can be expensive if you are buying from another faction, so maybe that's a good time to bring along a hero with a high 'Authority' skill to ease the pain.

When your start VOC, you start with one Hero, and a handful of soldiers. Hero units can be found in random 'Campfire' encounters, won as a prize for completing quests, or hired from taverns in town... for a price. There is no limit to how many champions you can have, and later, when your kingdom is large, you will need them. 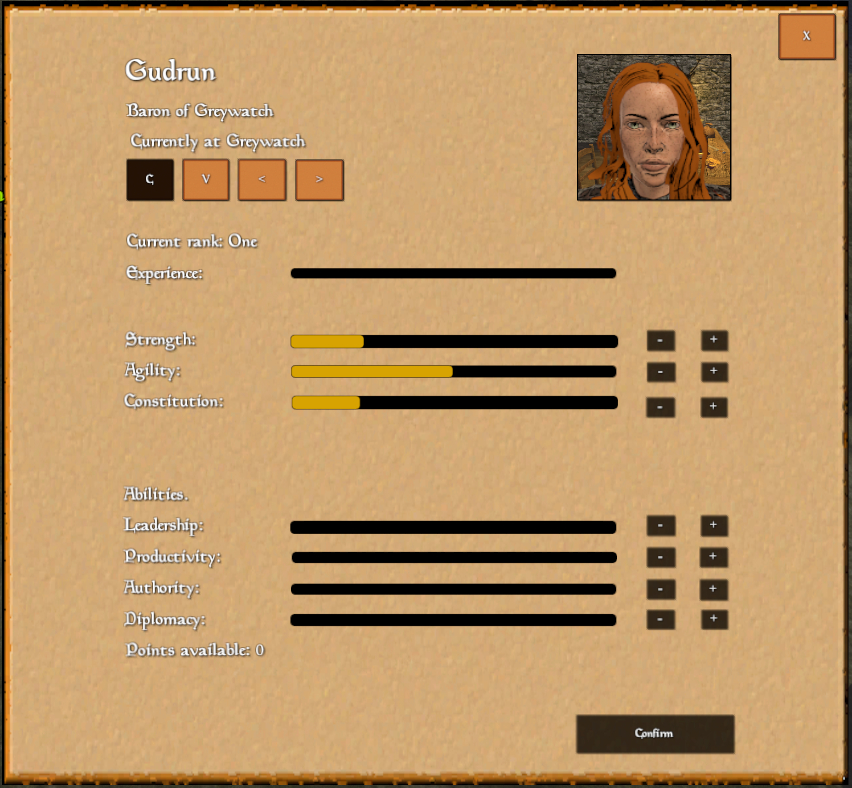 The following is an outline of each of the 4 main upgrades for your Hero units..

Leadership: Grants bonuses to each unit in your armies attack and defence. A high leadership can be the difference between victory and defeat, especially when faced against a superior army.

Productivity: Increases production speeds to the Hero's 'Vassal', which includes unit training and construction. Worried you are not producing enough crops to feed your populace? Grant a farm as a vassal to a hero with high productivity to ensure your people do not starve. The hero does not need to be in the Village for the upgrade to work.

Authority: When a hero has high authority, they command respect. Place them in your towns to increase tax income, or in your army to decrease army wages. A hero with high authority can also convince merchants their prices are too high (or their offers too low), so it can be a good idea to take them trading.

Diplomacy: A kingdom without a good diplomat can be the difference between peace, and war. Use your diplomat to intimidate, extort, defuse and befriend. Having a high diplomatic ability can allow you to take over a village without spilling blood.

This ends the outline of hero units and champions in Veil of crows. I hope you have a greater understanding of each character type. There is a big announcement coming in the next couple of weeks for Veil Of Crows, so please stay tuned and check the website regularly www.veilofcrows.com