A short article that discusses the changes made to the handling profiles of certain vehicles in FUEL: REFUELED.

T he Damocles dragster and the Trident hover-craft in FUEL are very late game vehicles, but are two of the most fun vehicles to drive in the entire game. In FUEL: REFUELED and later with FUEL: EXTENDED I want to bring these vehicles into multiplayer races and thus certain alterations needed to be made - notably to the Damocles to make them work well. In FUEL: REFUELED V15 I have upped the level of ground resistance and at the same time increased the grip of all vehicles in the game. This is to balance things out and at the same time reduce some of poor handling the vehicles experience by sliding all over the place.

The point is to balance out these vehicles and make them more appropriate for online races. Below are vehicle by vehicle changes as well as short notes on how it effects the vehicle in the game world. Please note that these values may change before release. 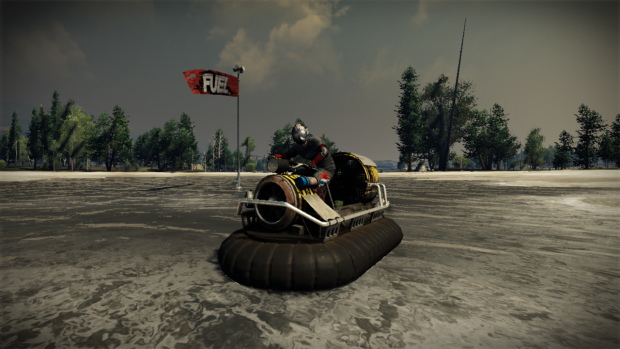 The trident is a one-man hovercraft that is naturally great on land and on the water. Its weaknesses is that it doesn't respond well to rough terrain and as you'd expect it just bounces, leaving you loosing total control. Previously this was labeled as an [OFF] vehicle, but it made more sense to label it an [ALL] as its good on or off-road. The changes made mean that as a ACV it will function better on flat terrain such as a lake, or a road - but take into a rough field and you'll notice a slight speed decrease, but nothing you wouldn't naturally expect. 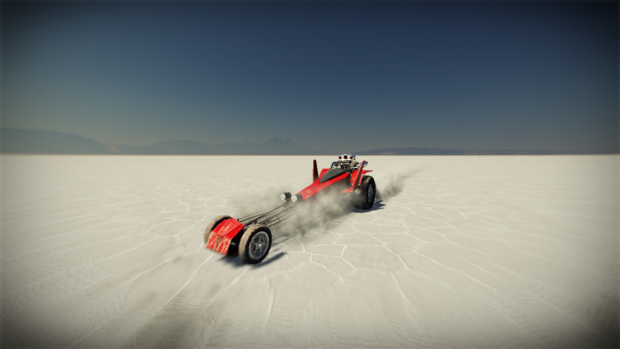 This is the fastest vehicle in FUEL, reaching an impressive 340+ KM/H. In V15 some changes needed to be made to make this more compatible with multiplayer - such as reducing the acceleration and giving a higher top speed so there is some skill to the races other than powering over every terrain. Changes to ground resistance makes this even less effective off-road, but the increased grip will stop it sliding uncontrollably if you do end off road.