Posted by changeroftheways on Jan 29th, 2020

The time we were silent has not gone in vain, as we found yet another batch of pretty interesting pre-release Far Cry content.

Just as always, lots of images.

First of all, there is an uncropped version of the concept showing the unidentified swamp level 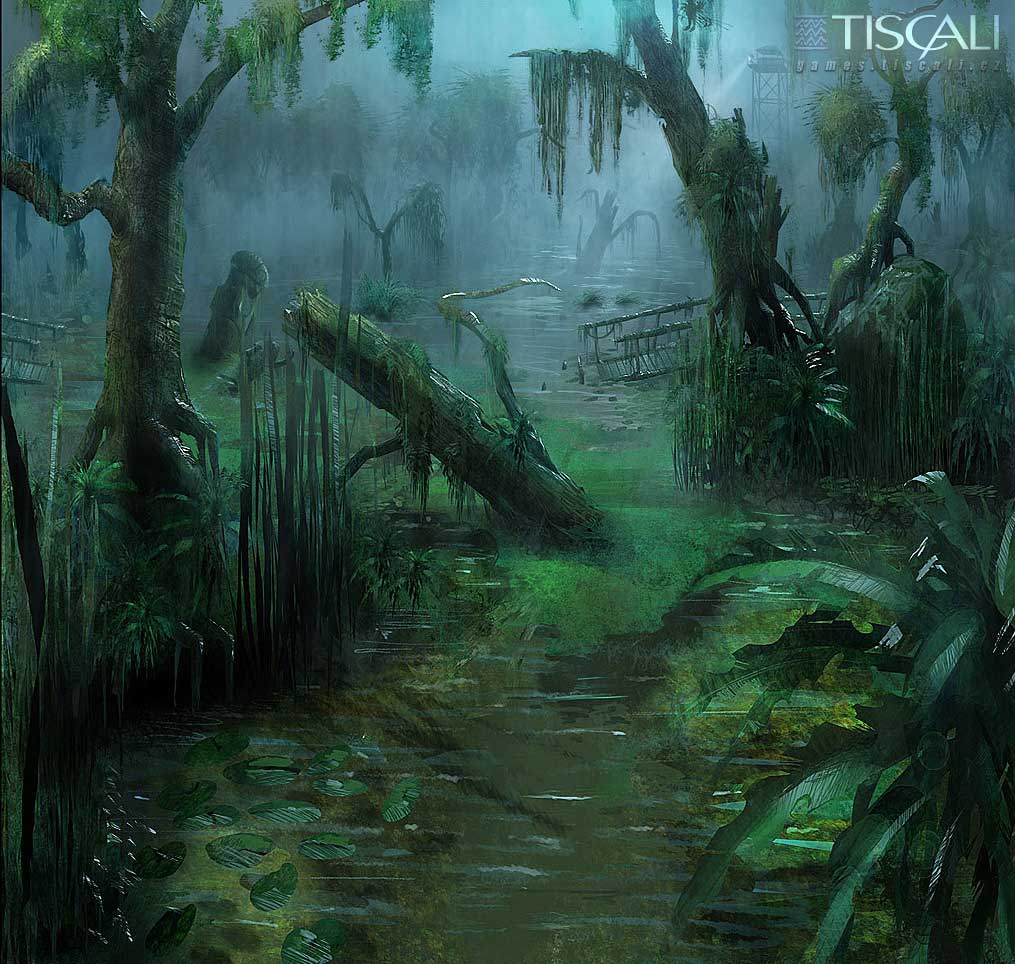 Secondly, we stumbled upon a collection of really interesting FC concept arts. We found them here:

You have already seen most of them, but some of them will be new.

Unforunately, we have yet found only thumbnails of these (found the full-res versions - look at them in part 6.5):

(probably) A concept art of a mercenary:

Another concept art of a merc:

Concepts of some unknown areas:

Miraculously, we have found hi-res versions of some of them.

One of the merc's concepts turned out to be Jack Carver, in a vest and with a pistol: 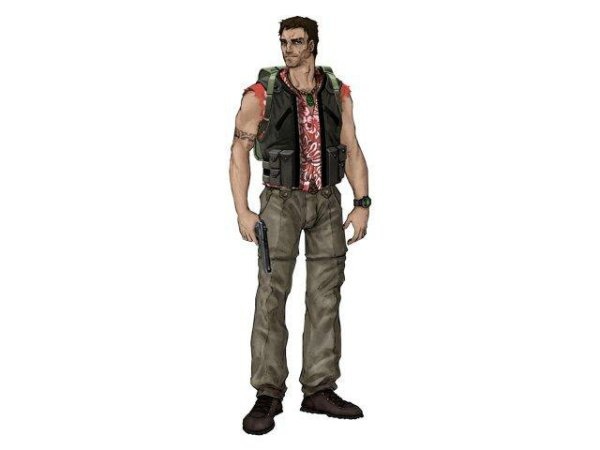 This is a hi-res concept of some area: 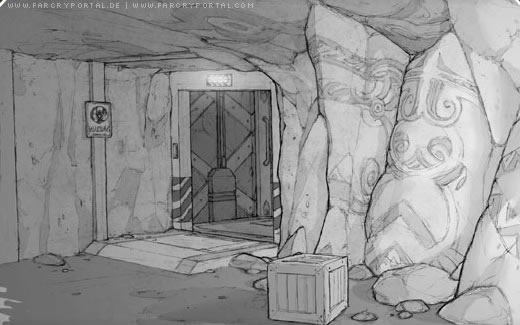 And this is a fan edit of another area's concept art: 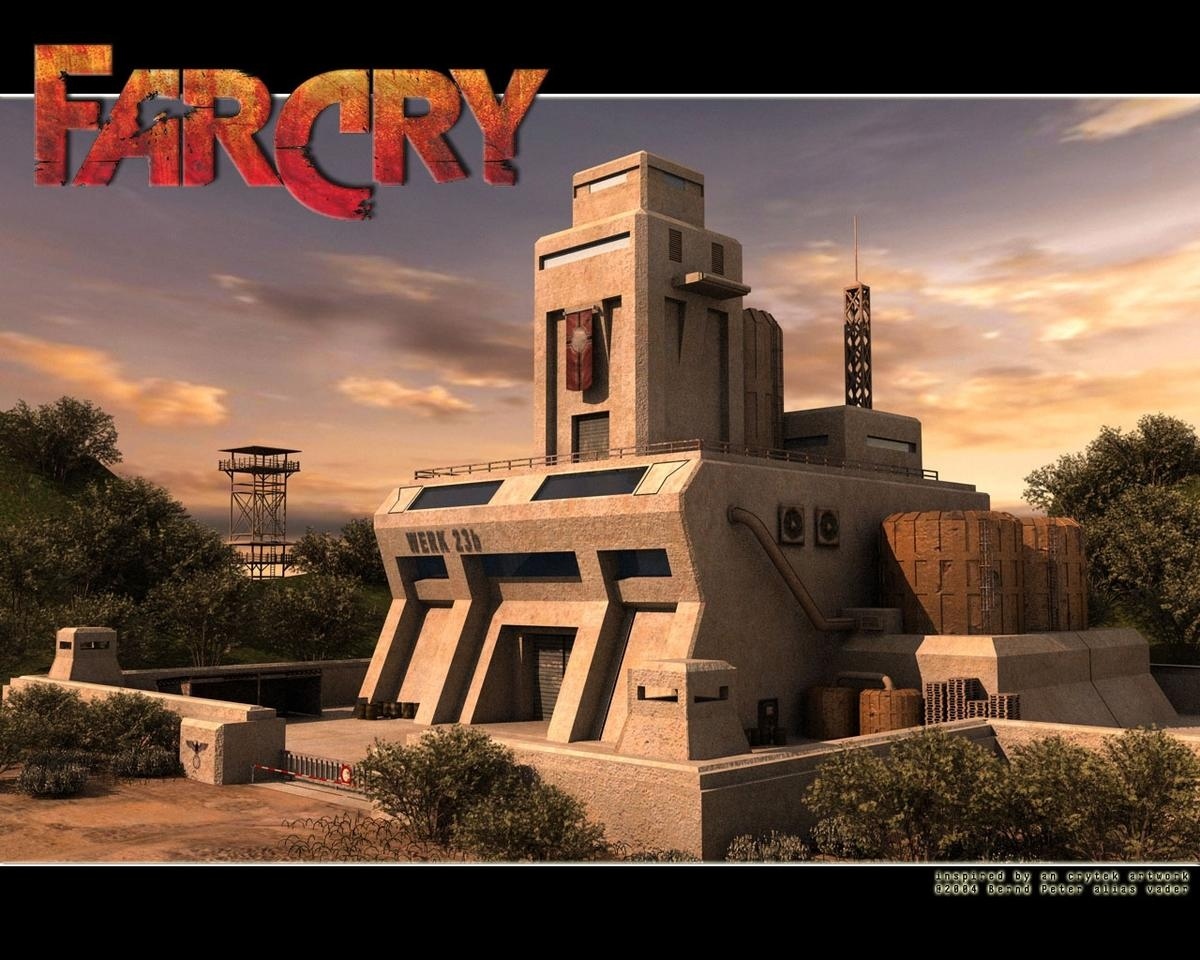 If you manage to find hi-res versions of the concepts we could not find - please tell us. Your help will be appreciated. (@Marek33 has helped us with that, so thanks to him)

-A hi-res version of the image used for the unused menu backround texture: 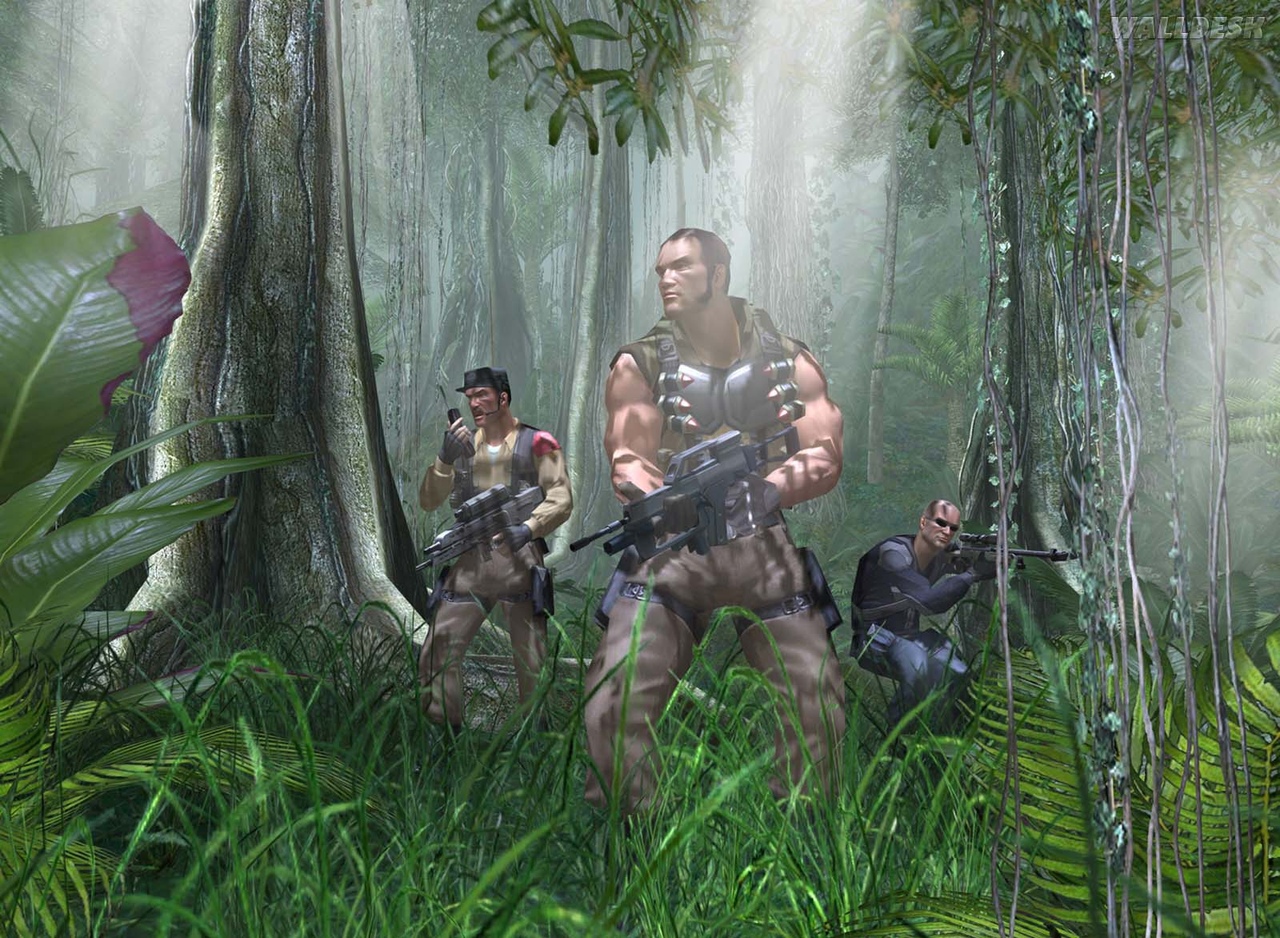 -Another screenshot for the Training level with the old skybox: 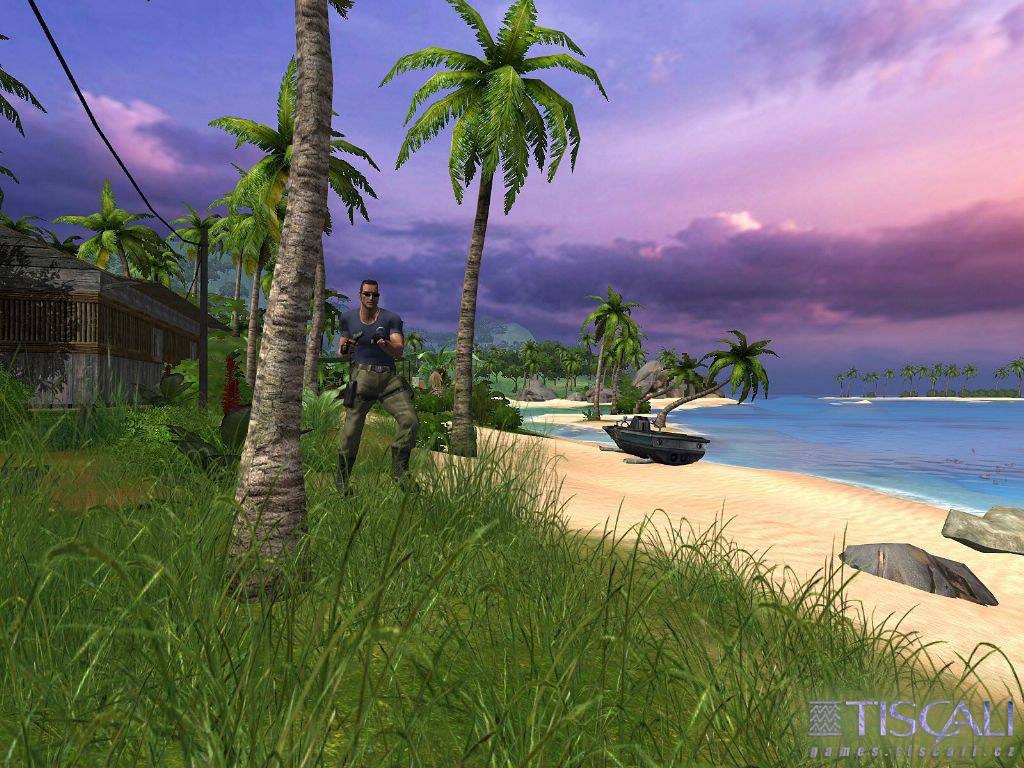 -More screenshots of the old Treehouse: 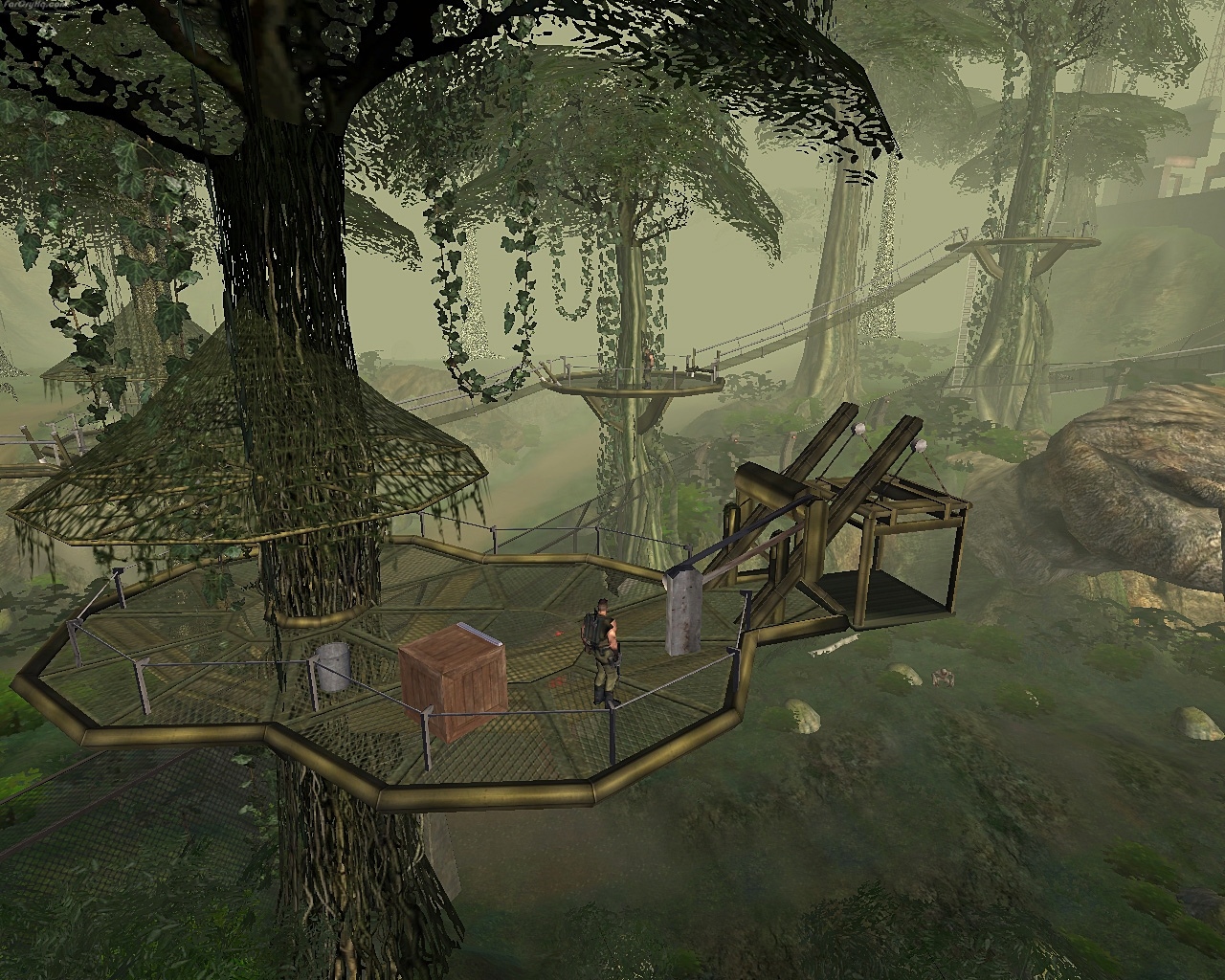 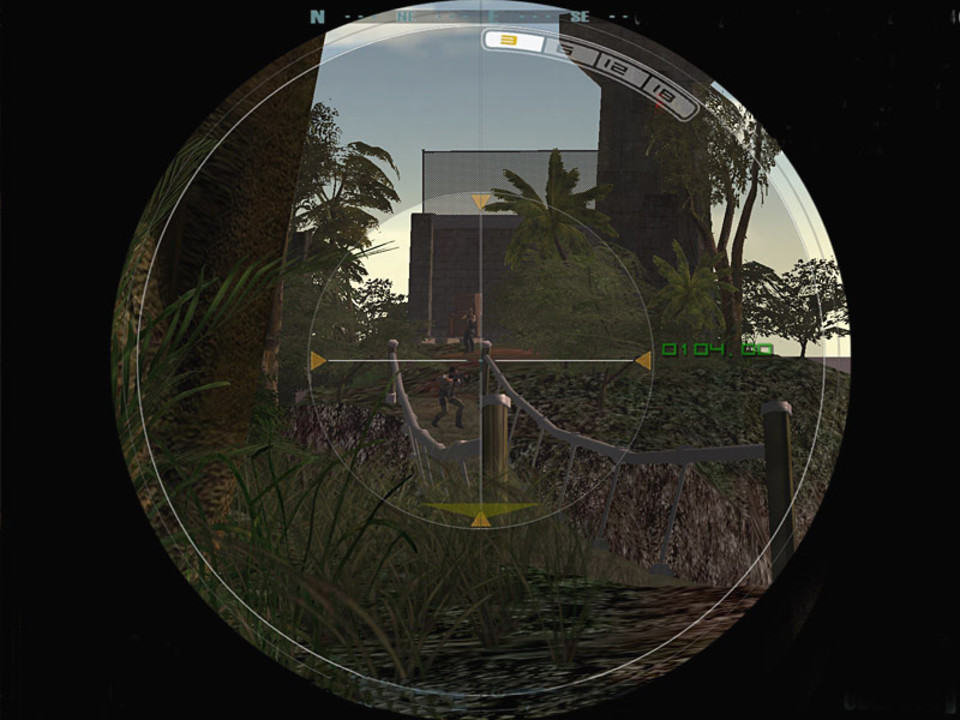 -Boat (notice the minigun tilting the first person and a different version of "vehicle is broken" text): 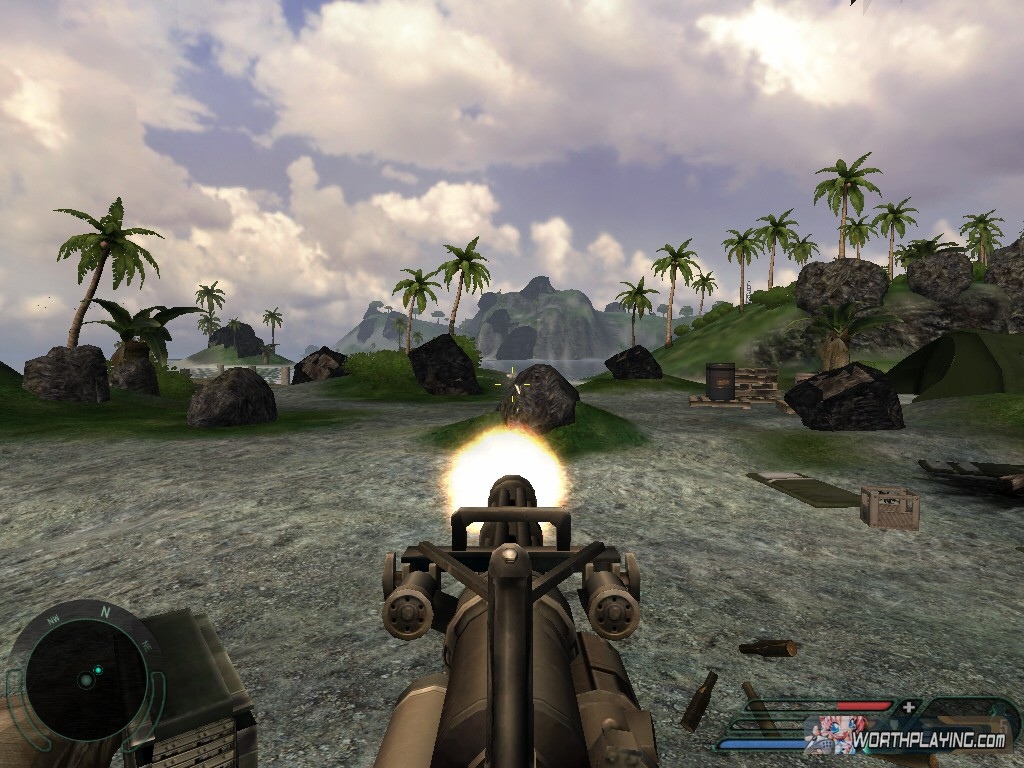 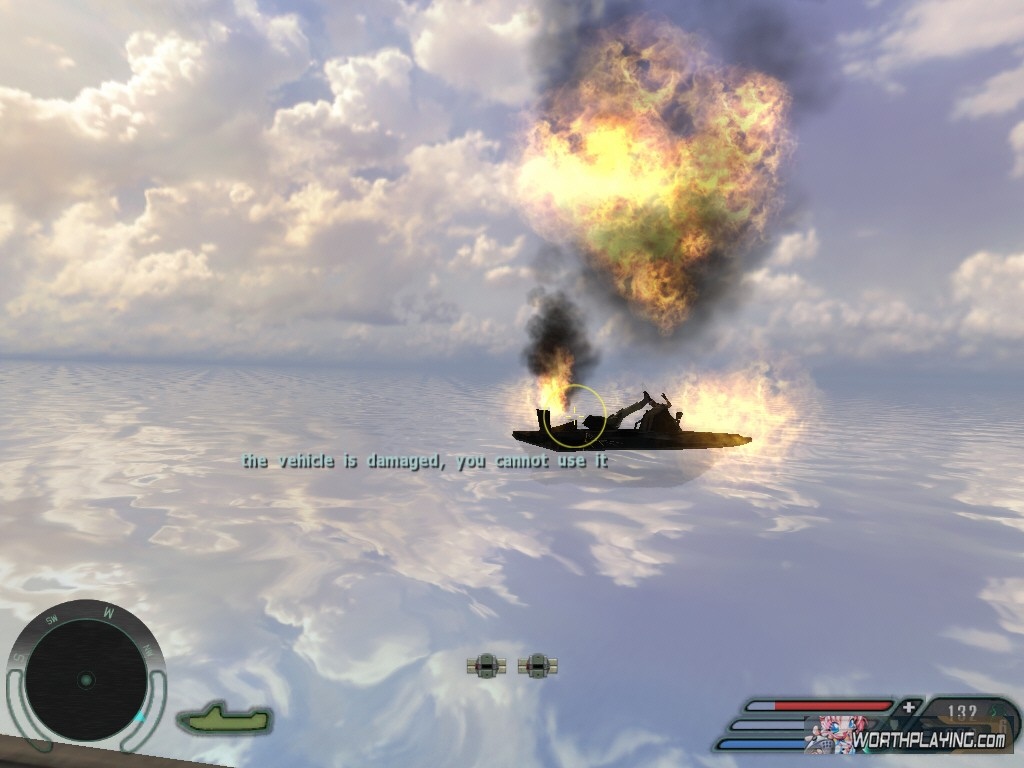 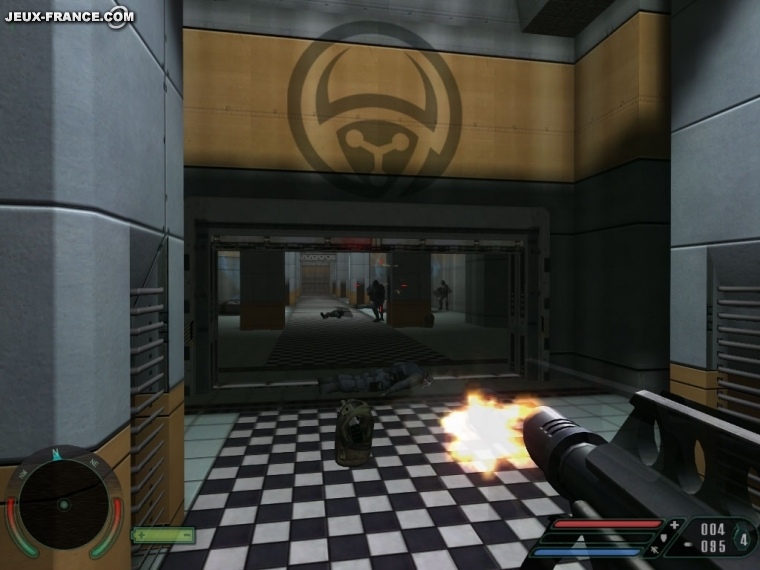 -Some screenshots showing one of the old HUD versions: 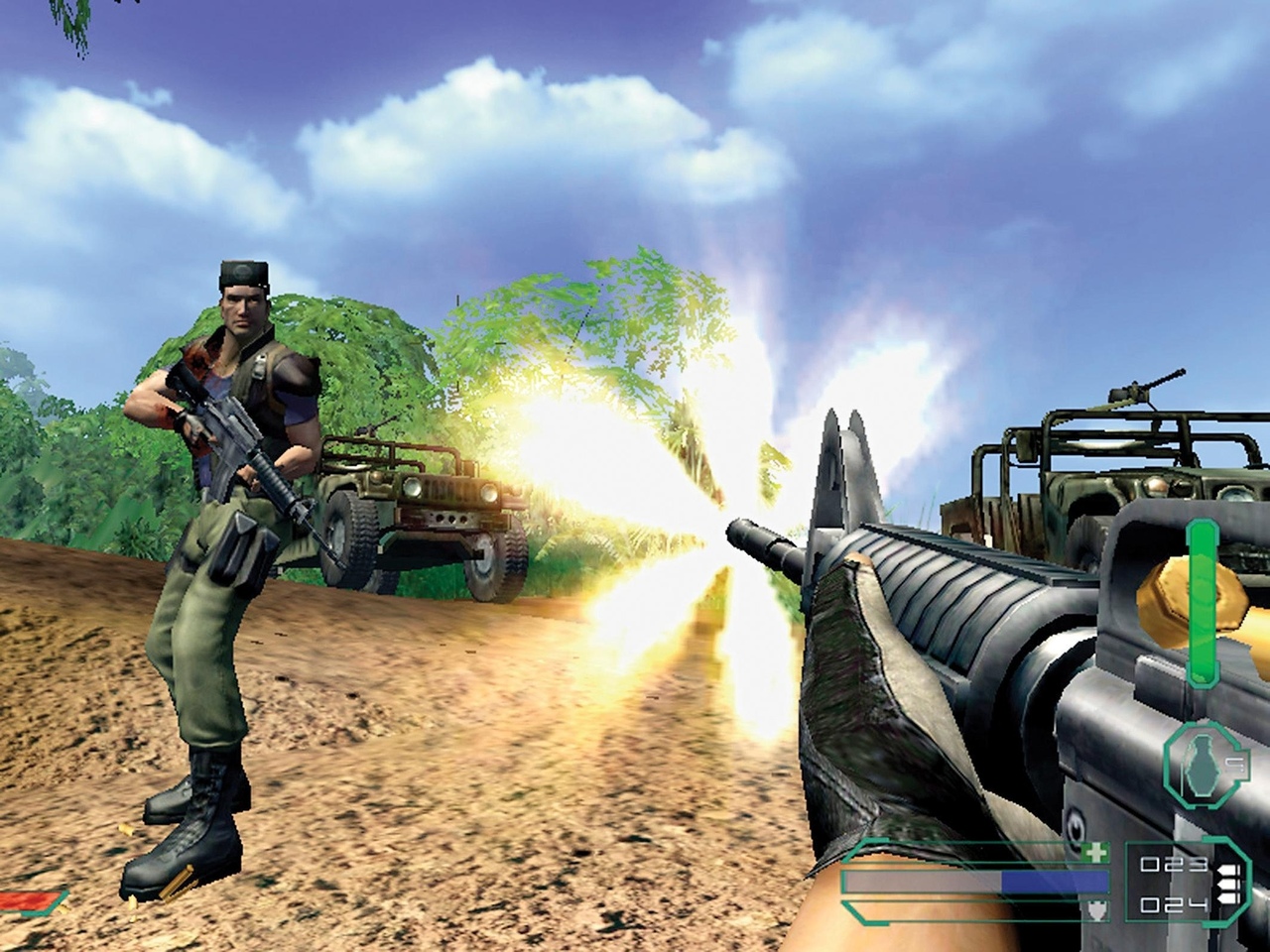 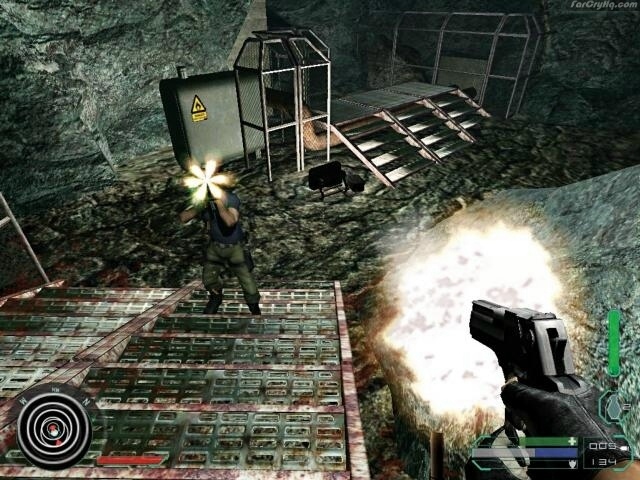 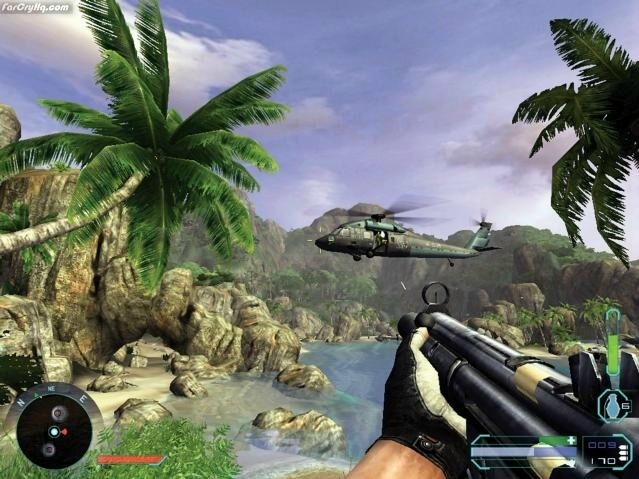 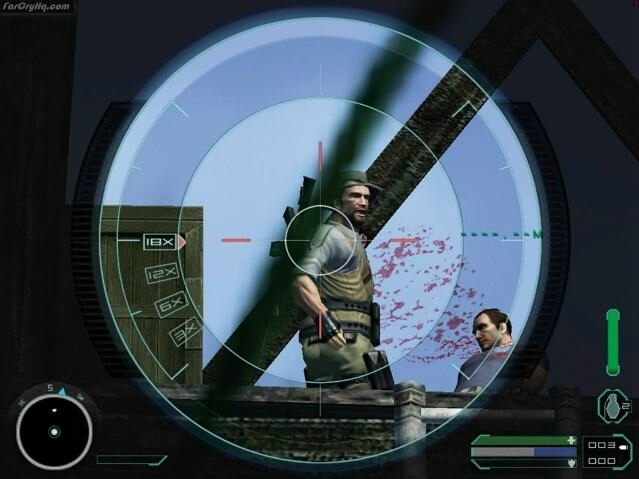 And a screenshot showing the other HUD version. It was featured in one of the magazines shown in one of my previous articles: 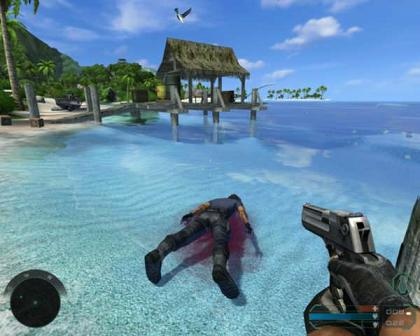 I have also found a hi-res version of an old in-editor screenshot. Now you can take a better look on the interface: 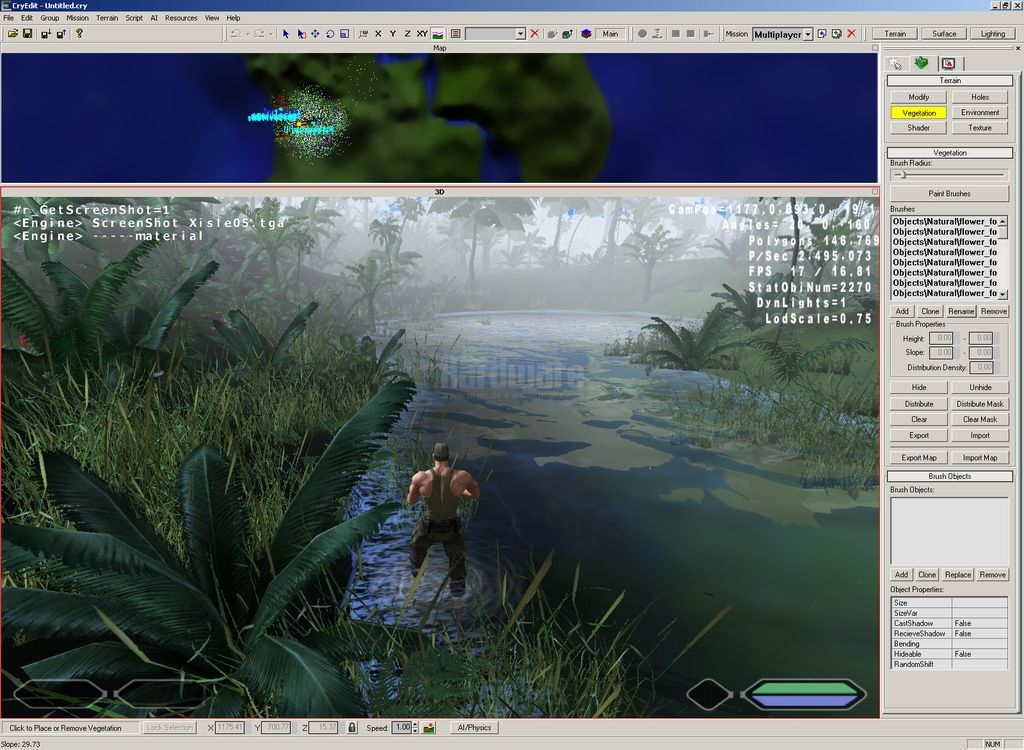 I have also found some interesting pictures from an interview with Michael Khaimzon, who worked as an art director for Far Cry.

Link to the interview (it's in Russian):

By the way, one part of the interview confirms the information about the early "aliens and dinosaurs" concept:

Interviewer: "What can you say about Far Cry?"

M. Khaimzon: "I worked as an art director for Far Cry, but I also have done a lot directly for the game. For example, several characters and almost all of the nature. Far Cry was redone 3 times. The first was a dinosaur island. Then the aliens landed here. They have been landing for around a year. We designed a lot of stuff there..."

But let's take a look at the images posted in the interview.

First, there are two screenshots of a DooM3-esque indoor area: 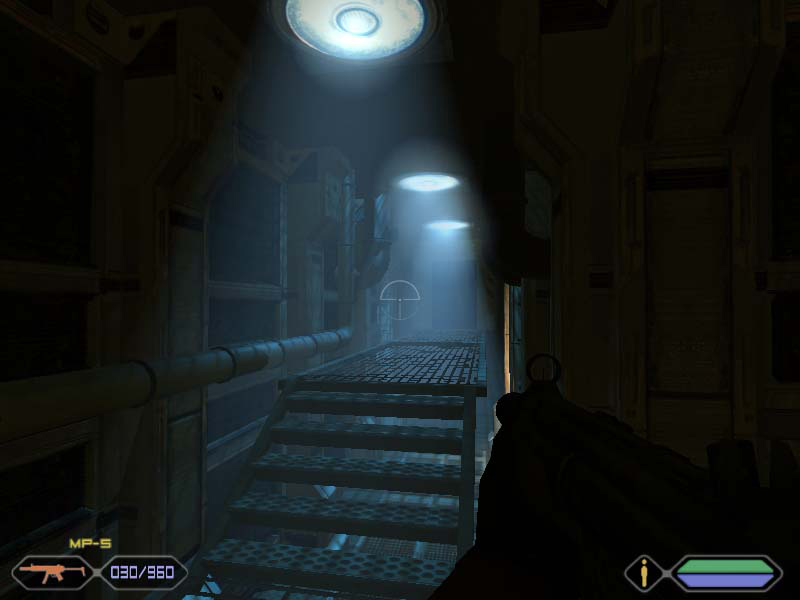 In this one, two cut mercs are t-posing to assert their dominance over the puny player (I am sorry): 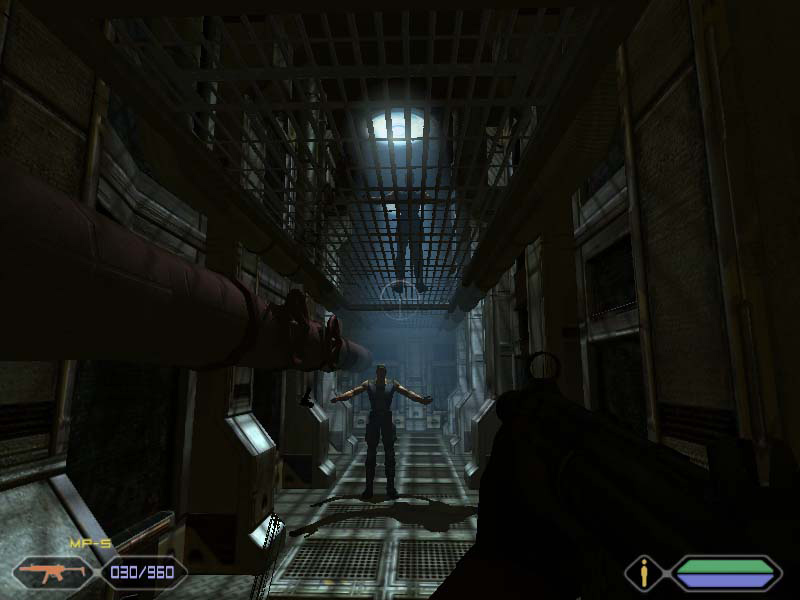 The third image shows a render of Merc Cover, complete with the older version of his cap and a different face:

I could probably contact Michael (or Mikhail?) Khaimzon and too do an interview of sorts about Far Cry. But anyway, thanks for his work on Far Cry 1.

I have also found some interesting images when digging through the Cryteks old site (as of 2001) in the web archive.

Firstly, there is an alien of some sorts. I don't know if it was from what would later become Far Cry, but it fits nicely into the old "aliens and dinosaurs" concept. By the way, the file's name is "Drakani1". Probably, a name of the creature's species.

Secondly, some pics of the level editor: 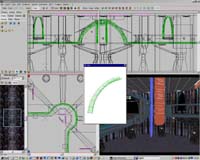 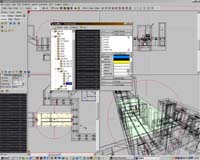 Lastly, I would like to show you some videos:

The first one shows a cutscene of Jack waking up tied in the abandoned aircraft carrier and some gameplay. This was shown in one of the videos I posted in earlier parts of the article, but Doyle's words could not be heard clearly and completely in that previous video:

The second one is an interview with Cevat Yerli, one of the co-founders of Crytek. You can see some of the game's footage there:

As always, that's not all, and more parts are coming sooner or later.

Unfortunately, I only found the volcano concept in this resolution, but on this site, there are a lot of great images, in a bit higher resolution, than most of the other sites: Gamersgallery.com

However, it is possible to improve it, by this excellent AI system: Deep-image.ai or by the Bigjpg.com, which is even better than the first one. I highly recommend you to try both, since both of them are amazing, and it's quite interesting to see how much they can improve such small images.

There are more sites for improving images like those two, but either they don't want to work with my add-ons, or they want me to sign in.

H O L Y C R A P !
You actually did it, even though I didn't know at all where to find it.
My sincere thanks to you, Marek33.

You are welcome and I'm glad that I was able to find it!

omg, what a resource of pictures, thank you for the link!

Another great article about Far Cry :) I like to see that Volcano was meant to be much more lava-filled in the crater, I wonder how that would have turned out! The first unknown area looks a whole lot like the entrance to Krieger's Archives as seen at the end of Rebellion.
I'm interested to see what seems to be an elevator inside a cave, you can see there's some sort of carvings or statues left by the natives, much like the ruins found throughout the game. Perhaps Krieger was doing some archaeology work as well?

Excellent work, with this new article! It's a pity, that the concept art is in quite a low resolution, but hopefully I or someone else manages to find a higher resolution version!

That's a pity to hear, but meanwhile, have you tried both AI systems?

Nah, I didn't do that yet. AI systems are cool, but they are not as cool as the (possible) original concept arts. Maybe I'll edit the article and post them?

You should definitely try to use them, since they can massively help those old artworks, especially the (bigjpg) website.

You can disable the Noise reduction, so it will be mostly the same, as in the low resolution version.