Assembly part 2 open access to videos of our work on creating bots and missions.

Posted by generalszhprojectrap on Dec 29th, 2020

We supplement our news with a second collection of videos on working on a new bot, for a single game mode. When you see the final version of the bot, I want to warn you right away. These videos did not include the entire process of creating it, sometimes you had to work without streams.

At the moment, the bot has not made 8 levels, which the player will have to withstand. Since the Air Force general always deals with bots with the greatest ease, this time he will face a lot of surprises, attacks with target priorities, breakthrough waves deep into the base, bypassing the player along water obstacles, driving to the rear, landing a tunnel with a packed infantry on buses ...

When the player reaches level 6, a countdown timer will be issued
The bombers arrive 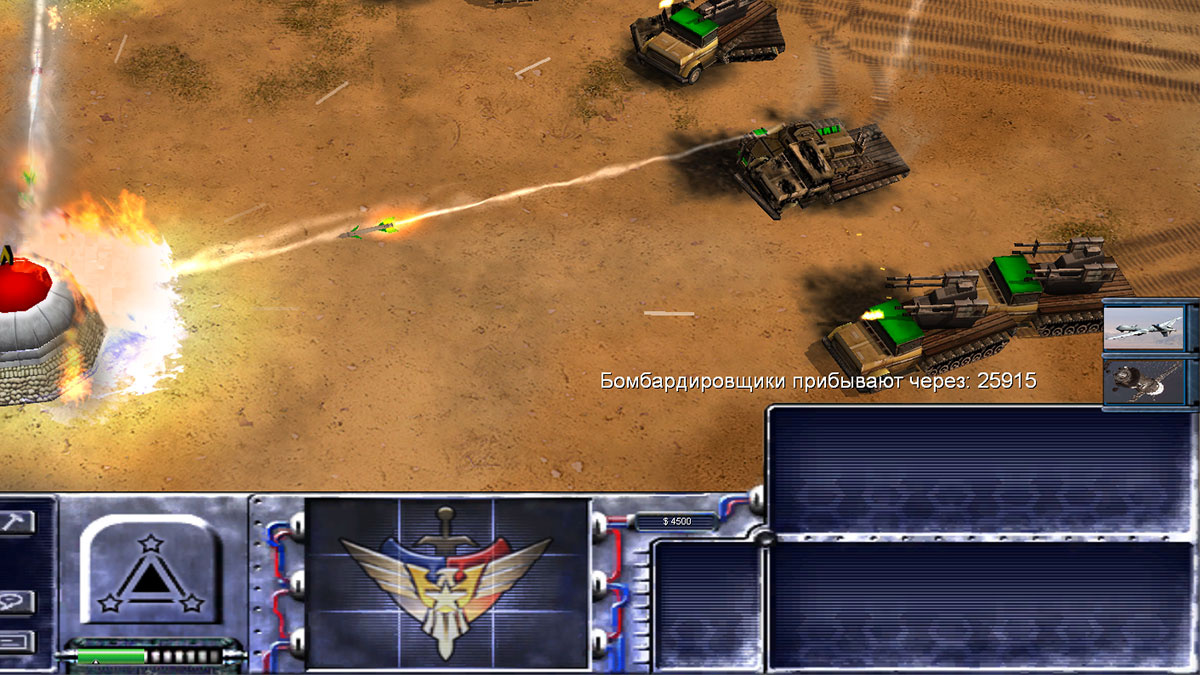 Each bot's palace will have the properties of 4 rebuilds after being destroyed.

In total, the bot will have 3 palaces to stop the bot from building waves that the palace requires. It will take 12 point strikes on the palace building.
Whether to beat the palaces or not is up to you. The bot is highly protected, has the ability to prevent rushes.

Remember that the main task is to survive during 8 levels, after level 8 the bot's attacks will gradually fade away and it will become easier for you to move on the front line.

The bot is able to react to a large concentration of aircraft and build additional waves for attacks.

The bot analyzes what you are attacking and can create special waves that will look for you in order to reduce the number of your aircraft.

Bombers will choose the most important objects for their targets, which are able to deter the bot.

Tanks will have different properties for attacks, including combinations of assault and regular races. When trying to break into the depths of your base, the bot will attack priority targets along the way.

Even if you look somewhere like someone passes the bot and try to repeat it. Your battle may take place according to other scenarios, the attacks that the bot will use may differ, because it reacts to different modes of your behavior, when you sit only at the base and accumulate troops, when you fly to its base, when you fly only at the center or approaches, takes into account your position in certain zones and what is in these zones.

The defense of the bot base was done based on the experience in the game. There will not be too many units here, they will be completed when necessary. Moreover, some attacks, in response to the player's attack, may not occur immediately, but after a couple of minutes. This is done on purpose to make it difficult for players to learn, the chain of actions of the bot and the reaction to their actions.

I think this bot will be able to well demonstrate the capabilities of the Air Force, allowing the player to test all types of weapons.

Added the ability to get support in the form of aircraft when the player's base is in critical condition.

The bot is in the final stage, polishing and adding voices, talkers, laughter for the bot.

now, when the Hospital is destroyed, in addition to the bonus money, reinforcements will be given in the form of convoys that will tear apart the island. but before that, a timer will start in 5 minutes so that the player can plan his actions and prepare for an attack, for a bot breakout.

9 boxes with 2500 money each have been added in the center.

stingers that are around your base, for their destruction you will receive a box drop of 2500 money for each destroyed stinger + the bot will speak when each stinger is destroyed.

upon arrival of reinforcements, your camera will fly off to the island, observe the beautiful landscape of flying Uber tox. Because the convoy will tear apart the whole island

2 threads will be uninformative, because I got into situations in which I had to poke around to solve problems that arose during creation. These are #2 and #5. Issues were only solved at the end of the stream. But in the descriptions for these videos, I briefly described what the problems were.

You can suggest a name for the bot. Because we haven't figured out what to call it yet.