This feature outlines Castles, Sieges and Castle destruction in Veil of Crows.

In Veil of Crows, I have been working hard to make castle sieges as fun and challenging as possible. When launching your army against the enemies walls, you must come to terms with the fact that a vast amount of the brave men and women under your command will likely come to a bloody demise while they attempt to overthrow the current lord.

Although I have not spent a lot of time perfecting castle defences, you can expect an array of deadly devices designed to shoot, crush, stab, burn and mutilate your forces as they approach the castle walls - not to mention any natural defences that may present themselves when confronting each unique castle. When defending, the player will have the chance to place these devices before the enemy charges, at the cost of stored resources. 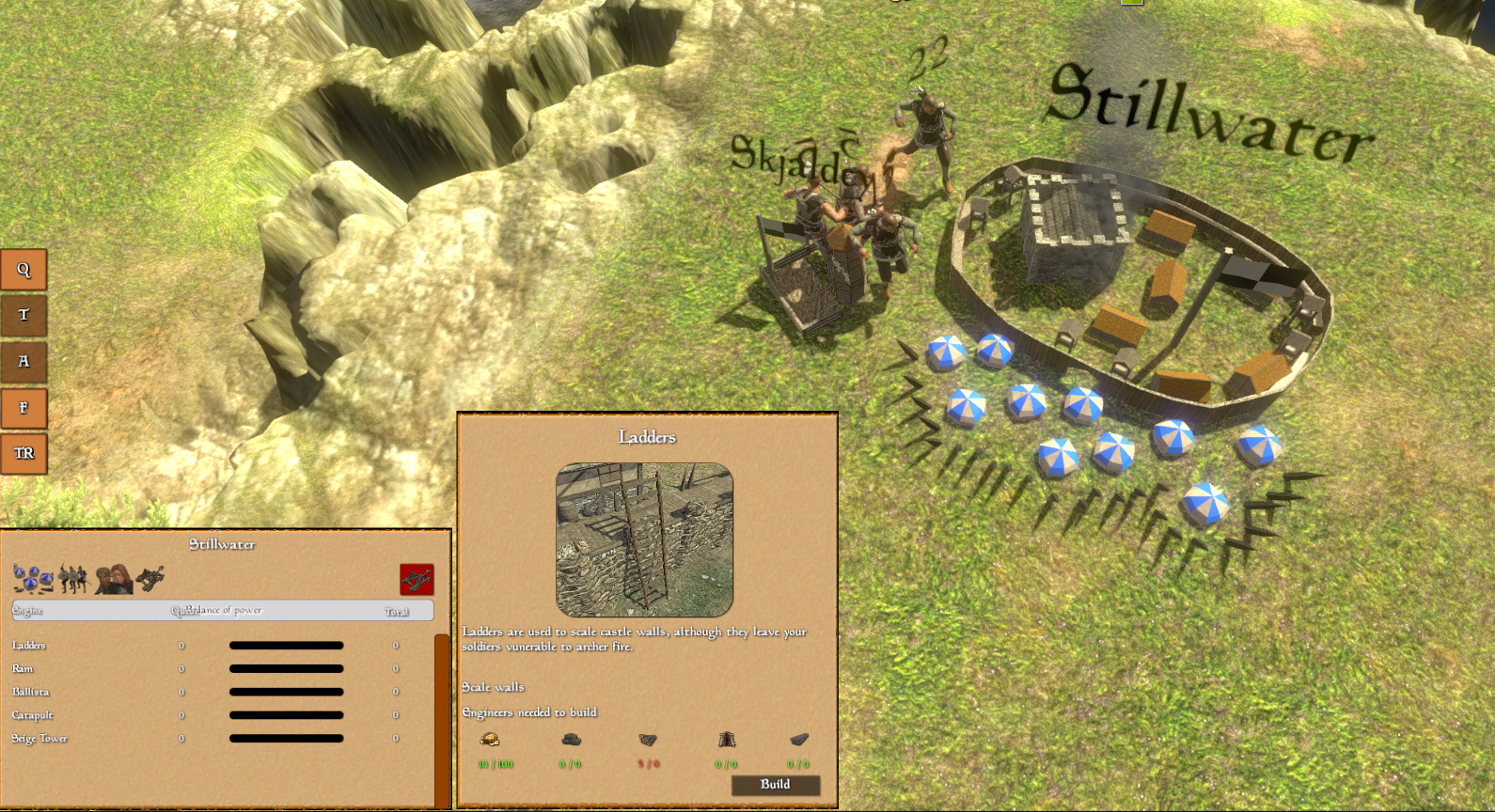 Before you decide to launch your offensive, you must make sure you are prepared. Once your forces surround the enemy castle in the campaign map, you must build your siege equipment... you will need resources, and in some cases, engineers! Forgot lumber for building ladders? No sweat - rob trade caravans and the towns surrounding villages for the bounty that you need. Advanced equipment such as ballista and catapults need engineers to build and operate. So if you want to avoid losing a lot of units pushing rams and carrying ladders, you need engineers to build catapults to breach the walls... and don't forget some extra stone to launch against your enemies.

Castle sieges in VOC are still evolving, so stay tuned as I will post an updated article as new content and features are ready to be showcased.