The new bot mode is somewhat reminiscent of the short form competition mode. Performance FPS for massive battles on the map for 8th bots increased by + 300-500% Convenient bulk bot for video recording!

Posted by generalszhprojectrap on Jul 19th, 2021

The new subversive bot has been added, placed at the recommended point, will allow you to play according to the principle of the competition mode, which is available for both single and multiplayer games. The plot addition is not big, but it will explode powerfully. the bot will use 7 escort trucks. The mode is turned on only when the player chooses an amount greater than 10k +

The recommended game with a starting amount of 100k and if you set the single battle game mode, you can specify the maximum speed. Just choose bots from the list as your opponent. Remember 9 bots are loaded on this map and the most dangerous on it is the Demo general when he is located in the right place. 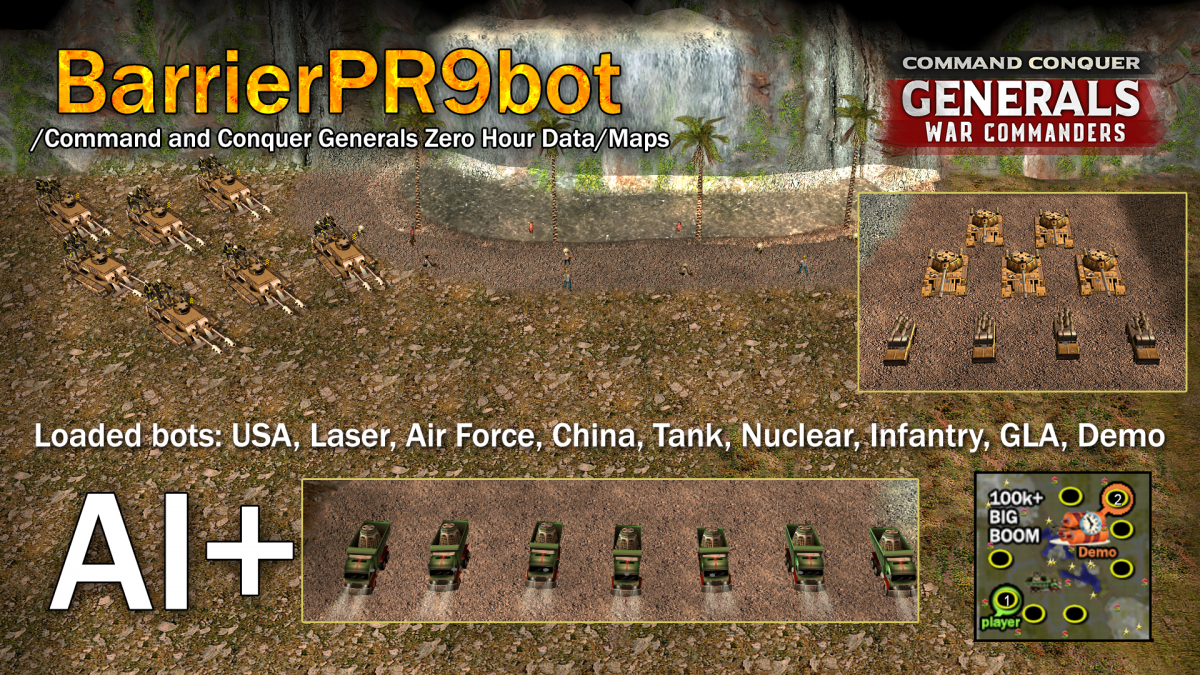 Video on behalf of the developer of this bot, but remember, I carried out only a superficial examination of this bot, knowing how it behaves and what it does. It will be interesting for me to see your battles from the perspective of newbies.

the difficulty is at a good level, it was not easy for me to play for the first time. because I just installed this game today.