Pyrogenesis is the nickname given to the custom built engine developed for 0 A.D. Featuring an enriched 3D environment, a particle system, OGL graphics and 32-bit color, it not only provides a powerful environment, but allows the game to have very minimal system requirements, which will be available for Windows, Macintosh and Linux. To cater to our Linux crowd, we've opted to use the OpenGL API rather than DirectX, which not only functions just as proficiently, but it's already bundled in your video card drivers, so there's no need to worry about downloading the right version to run 0 A.D. 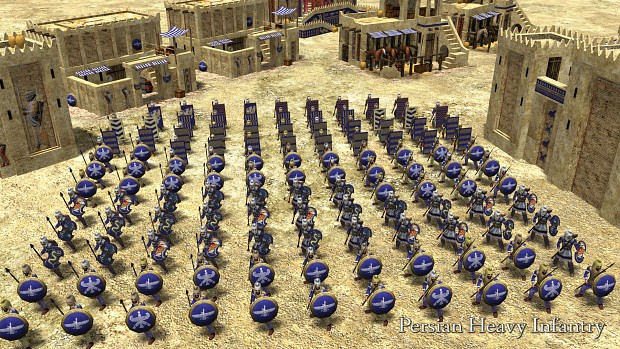 Pyrogenesis is capable of rendering battalions of detailed warriors and cities full of fantastic structures.