Spec Ops Warfare is a mod for Battlefield 2, which have improved graphics, scripts and animations.
Most of weapons have 3d ironsights and new animations, updated meshes. SOW1.0 have 2 main fractions - US special forces and RU spetsnaz. More fractions will be added to another version.

Note: You need have special forces and 1.50 patch to play this mod. 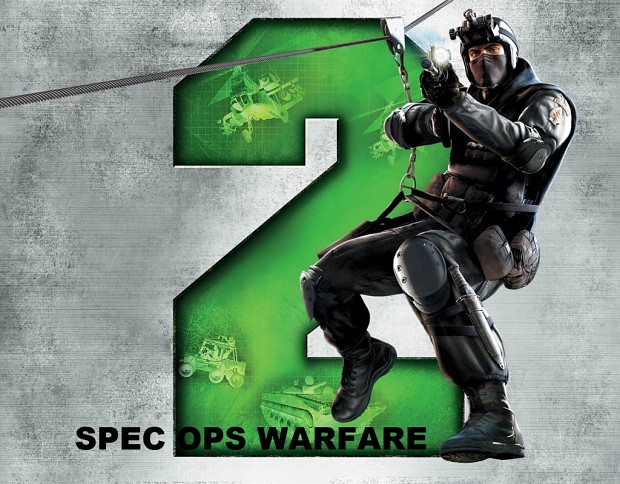 Does this full release contain everything in it? Or do I have to wait for the "Levels" download.

I think you dont have to.

Yeah, he removed the maps that crashed (like Oman), I guess the AC130 was in one of them... I just hope he manages to fix the crashes and bring those maps back. :)

wow u guys are lucky i usually get (higest) 100 kbps

It depends on your internet service provider... :b

Alright, been playing this mod non-stop: Mega fun! Just a few things I've found and I'd like to point out:
-Sharqi 32 and Sharqi 64 are broken, the bots spawn but then they do nothing, they just AFK the whole round; Sharqi 16 is working properly tho;
-On Night Flight, Insurgents have access to the gas mask, but SAS cannot use it.

I'm getting the bug on 16 and 32 player Sharqi Peninsula as well.

I have a problem. Whenever I go in this mod it runs but when I click on "Singleplayer" or "Create Local" it crashes. Does anyone know what i can do to fix this?

CTD when messing with, I think it's the SAS's variant of the Striker shotgun.

Easy fix, it's missing the hud texture for the ac-130 and dao

okay i knw im prob gna get blasted by bad karma for asking this but how do i install? sorry i knw i saw it saying somewhere i just can remember where

After downloading it, extract it with WinRAR to the "mods" folder of the BF2 files.

can i play this if i download it and open desura???

I downloaded your mod(ver. 1.6) and set all settings as you recommended but I am only able to play on third person. What should I do for that problem?

is this the latest one?

Removed HD textures ? ....so this is standard bf2 graphics version ? :(

Help! I can only play dalian plant, sharqi peninsula,Road to jalalabad and zatar wetlands.

No, it's old and failed release. Next will be different like day and night.

CAN SOMEBODY TELL ME WHERE TO DOWNLOAD BATTLEFIELD 2 SPECIAL FORCES FREE. IF NOT, FINE. IF DECLINE, X_X .

I love this mod and wanna see its new version asap.

when will new version release?

Something's wrong with the SAS's DAO12 kit.. the DAO12 itself fires perfectly and looks badass.. but when trying to switch to other weapons in the kit (num 1-9/MOUSEWHEEL) it CTD.. Also, some of the gun icons are "labeled" wrongly.. the pistol in the USMC's M249 SAW kit looks like a PKM but when you switch to it its actually a pistol.. Other than that GJ

Hey i get a CTD when i chose SinglePlayer or MultiPlayer to set up Co-Op LAN! How do i fix this? I have both the 1.5 Update and Special Forces and i still get a CTD.

ok i fixed the CTD when i picked Single/Multiplayer but now when i click "Join Game" it Crashes :( help please!

I cant start the game. Its all time crased.

can anyone tell me why the folder says SOW1.1 instead of 1.6?