A conversion for 'Empire at War: Forces of Corruption', Return of the Clones is based on a what-if senario - what if parts of the old Republic had survived Order 66, leading to a civil war between the Empire and Republic. Meanwhile a grassroots Rebellion has started against the tyranny of the Empire, whilst Tyber Zann and his Consortium salvage old Confederacy droid, vehicles, and starships in order to make his own grab for power.

This mod adds the Republic for FoC, and replaces a great deal of the Zann Consortium which is now Crimson Dawn.
This is the sequel to the v1 series of RotC, which was only for EaW.

Why? Because I could mainly, but also because I love the Republic.

3. Misc - bug causing the game to crash when the Rebels were involved in Space battles has been fixed
- assorted text and audio fixes

4. Bug fixes - so many bug fixes I can't count them all

3. Miscellaneous - included all fixes for v4.2

3. Empire - given control of The Maw in GC

2. Zann Consortium - added Diamond Cruiser, serving as an Escort Carrier in Zann's fleet, Unarmed and lightly armoured,
the Diamond serves by brigning in Vulture Droid squadrons to assist the rest of the fleet.

Retail
- create a mod folder in you Foc Folder. For example - C:\Program Files\LucasArts\Star wars Empire at War Forces of Corruption\Mods
- extract the 'RotC' folder to the mod folder, which should look something like - C:\Program Files\LucasArts\Star wars Empire at War Forces of Corruption\Mods\RotC
- Insert your Foc disk and double-click on the shortcut included to start the mod
- NOTE: If you have your game installed to a non-default directory, such as 'E:\Program Files...' you MUST edit the 'target' box in the shortcut provided to reflect this

If you have a problem with that, or want to do things the hard way, this is how you do it.

Known Issues:
-------------
- The Rebel anti-aircraft turret has no building animation. No idea why.
- EaW original campaigns are not in the mod. I did say they were in, but I've had a lot of problems getting them to work right, so for now they're still disabled.
- Some original EaW single-player campaigns don't work. I haven't had time to fix all of them, but at the very least 'Galactic Conquest' is 100% working.
- In 3D mode, the camera is extremely close to the heads of Clone Troopers.

Acknowledgements:
-----------------
Thanks to Arvis Taljik for the Quasar Fire/Phoenix Nest
Thanks to Avenger for his AT-TE hardpoint coding, Venator model/textures and some coding; Hailfire Droid model and textures; plus his work on the Golan models
Thanks to Bailknight for the Republic Gunship model, texture, and iconl plus the Rebel Assault Frigate Mk.1
Thanks to bobbtmann and Sly442 for the Dornean Gunship model and textures
Thanks to Bryant for the Naboo N-1 model and skins
Thanks to Captain_Brandon for his Scariff land map
Thanks to the Clone Wars team for the Barc Speeder, Clone hologram, Pirate Tank, Corona Starship, and Flarestar Fighter
Thanks to Clonetrooper163 for the Clone Trooper models and skins, U-wing model, Corvus, Iden Versio, and Gideon Hask models and skins
Thanks to Codeuser for his Imperial Sniper model; superb Clone Trooper models; BARC, V-19, AT-PT, Golan 1, and Jedi Starfighter models, texturess and icons; his work on the MTT and STAP models and skins; and general help to make this mod happen
Thanks to the Conflict in Space team for the Lancer and AT-TE model (Psyk0Sith), plus Neomarz1 for AT-TE skin and Qui-Rom for additional work on it. Plus the AT-TE and General Dodonna's icon
Thanks to Daft and JC for their work on the Golan models
Thanks to Doofi for his UT-AT model
Thanks to E9 for his work on the MTT and STAP models and skins
Thanks to the Empire At War Remake: Galactic Civil War team for their free release Acclamator, ISD, Hammerhead Cruiser, TIE, ARC Hammer, Super Star Destroyer, and Interdictor models
Thanks to Eville for the Golan models
Thanks to EvilleJedi for the Munificent, Federation Battleship, 'Peacebringer', Hardcell, Jedi Starfighter, Lancer, and ARC-170 models, work on the Pelta Corvette, and Punworcca skins
Thanks to Farseer for his great Millenium Falcon reskin; AT-AT, AT-ST, AT-PT, Imperial Speeder Bike, Lambda Shuttle, AT Barge, Carrack, Victory Star Destroyer, T2B, T4-B, MPTL, Snowspeeder, X-wing, B-wing, Y-wing, A-wing, Corellian Corvette, Nebulon-B, MC80, MC30, Rebel Barracks, Imperial Shield Generator, and Dreadnought models
Thanks to Jeronimo for the CIS Vulture Droid, TIE Scimitar, and TIE Advanced models
Thanks to Kalo for his IFT-X Fighter Tank model and textures
Thanks to Keeper of Faith for his Battle Droid, Super Battle Droid, AAT, Jedi Interceptor (Eta-2); plus converting EvilleJedi's models, and for adding textures and icons
Thanks to killdivas and the Absolute Chaos team for the Darth Maul model, textures, and icon
Thanks to Kyle_k_Ski for original 'Freedom' design and General Trageton for creating the model and textures
Thanks to Lucasarts for the new sounds
Thanks to MandoBardenJusik and Ozzy667 for their Clone/Republic Z-95 Headhunter
Thanks to Nkorn for his rigging on the V-wing Starfighter
Thanks to Nomada_Firefox for the SPHA-T model, textures and icon; modifying EvilleJedi's Gunship; as well as converting the X-TIE, TIE-Wing, and Diamond Cruiser models, plus DTM's Republic Cruiser model
Thanks to Ober0311 for his superb Clone Trooper skins
Thanks to Onemanshow for his AI fixes
Thanks to Pyrocitor for his P-38 Starfighter model and skin
Thanks to Schrodinger for his work on the Hailfire Droid
Thanks to Sidious Invader for his Gand model
Thanks to Simplestarwarsfan for the new splash screen
Thanks to the Star Wars Clone Wars mod team for the Pirate Tank Speeder model and code, AT-RT, and BARC Speeder
Thanks to Sly442 for the woork on the Quasar Fire carrier, Dorenan Gunship, and Phoenix Home models
Thanks to the Thrawns Revenge team for the Clone Commando models and skins
Thanks to Warb_Null for his superb models, textures, and some icons of: Hyena Bomber, Profundity, Republic Stun Tank, Foray Corvette, Sith Inderdictor Cruiser, Aurek Fighter, Sith Starfighter, Finalizer Star Destroyer, Factions Pedistals, Hutt Sailbarge, Republic Starbases, YT-2400 (conversion), Mist Hunter, Punworcca, Pelta Corvette, P-38 Fighter (conversion), Corellian Star Shuttle, Gozanti Cruiser, Republic Light Assault Cruiser, Republic Frigate, Sheathipede Shuttle, Trade Federation Lander, Nu Shuttle, Republic Barge (AA-9 Freighter), land model and animations for the Shadowclaw, as well as animations and textures for the Jedi Interceptor and Jedi Starfighter
Thanks to Yoden for the use of the Sith Infiltrator model and textures
Thanks to z3r0x for his 4-LOM and Zuckuss models; Republic Gunship coding plus his work on the MTT, as well as MTT and STAP icons

Special thanks to swgbex and Kalo, without whom this mod wouldn't exist.

IF YOU WANT TO USE ANYTHING IN THIS MOD, YOU MUST ASK!

This is because the different authors listed above have different policies, and many of the skins have been edited by myself. 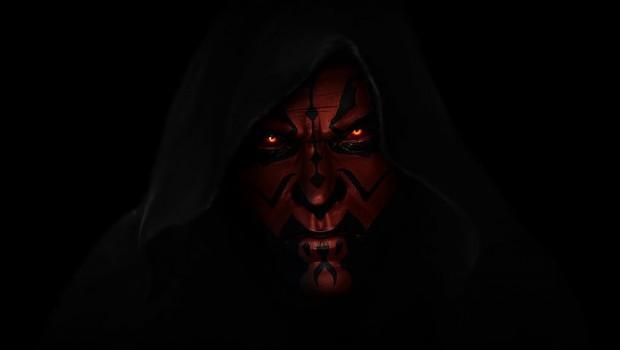 What Disney garbage do you mean?

heroes of the republic are duplicated
with and without the patch