The 'Full Pack' of Resident Evil: Mortal Night contains all 3 episodes and their latest updates/patches, along with 18 different game modes, some of them being exclusive of this pack. This mod is ONLY for the Sourcenext version of Resident Evil 2. 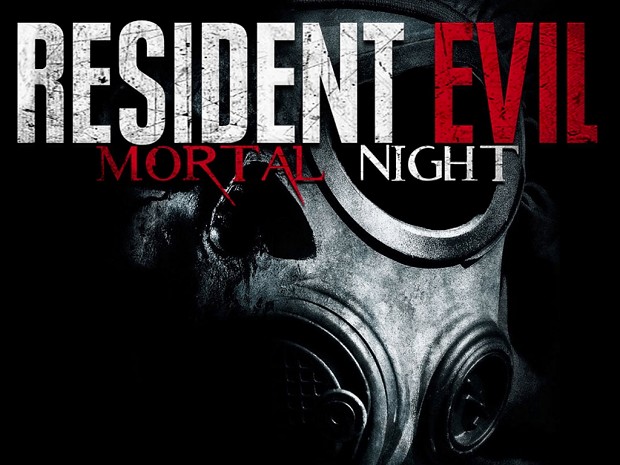 How do I install this?

The instructions are included in the .rar file. It's for Resident Evil 2 Sourcenext.

Where can I download RE:2? All I get are the modern games

If you especifically search for the "Sourcenext" version, which is the one required to play this mod, you'll find it easily.

Episodes 2 and 3 were released in 2016, and they are included in this pack. You will soon get news of During the Storm ;)

no, i've to explain my question: i want to know IF you programmed to create a definitive edition of episode 2 and 3,

No, I didn't, and I probably won't since I'm working on During the Storm, which is a much more important mod.

I don't know how you are able to make this mod, however I am praying every single day for you to make this happen. Saw the footages of During the Storm and absolutely loved it. Keep it up man, you deserve much more credit for your work bro ♥️🙌🙏

"The archive is damaged or has an unknown format".

Thank you. Was able to unzip from another computer.

I have twice gotten blocked on Episode 1 for some reason.

On my first playthrough, I found the Spade and Diamond keys. Neither led me to the Club key, which is needed to progress further. I gave myself infinite ammo, killed everything, and went to every room I was able to... could not find anything to help me continue further. In the interrogation room, the item behind the mirror was flashing green, which I assume was the Club key... but, you need the Club key to get the crowbar to break the window...

On my second playthrough, I found the Club and Diamond key. This time I was able to get the crowbar, and progress pretty far. However, once restoring power, I was once again blocked. I have two key bottoms, the locker key, lighter fluid, the crank, etc. But in the 2nd floor save room (door that unlocks from the other side via the power being restored), there's a key item next to the typewriter... it flashes red, but when I pick it up, it's actually the Club top. This is impossible since I already used and discarded the Club key. So again, I'm unable to progress.

I can't imagine I'm doing something wrong here, as again I'm using the cheats to get infinite ammo and really check every room... I think there is an issue with your randomizer. I'm enjoying the game very much, but being unable to progress and wasting ~6 hours has left me pretty frustrated.

EDIT: I should also note, that on the second playthrough, I did install the update you released a few days ago. It's possible that messed up the key in the save room. But I don't really feel confident giving it a third try when the first playthrough messed up as well. If you can shed some light on what's going on here, I'd appreciate it

I guess there was some problem regarding your installation of the mod. Another user has had the same issue and it seems to be related to a wrong installation, since the rest of people are playing the game with no problems, myself included. I've rechecked the code of the game too, and it seems to be flawless in this latest update, so I really don't know what is going on in your version. Any save files previous to this update should be overwritten, since they can no longer be used.

Also, some people often say they have checked every possible room, but it seems they are confused and they have missed something, so it might not even be a bug after all.

In the event that you get the Spade Key and the Diamond Key first, how do you get the crowbar to get the Club Key to progress? The crowbar was behind a Club Key door in the second playthrough.

Yes, the update was to fix that issue. And no, you don't need the crowbar to obtain the Club Key. What you saw in that room was a key bottom (normally used to obtain the heart key).

Okay, so what happened was your patch fixed the issue in my first playthrough, and then I screwed up by installing the patch and running the game on an old save (just when I entered the RPD on the first playthrough), and I guess that screwed up the Heart key item. I'll try this again. Thanks for the help, I look forward to enjoying this game and During the Storm!

Great! Excited to replay this in a new package!
I have couple of questions btw:
1) How does transition between episodes goes here? Do I lose all weapons when starting next episode?
2) Can you please share a list of exact soundtrack used? I recognize some of themes from Silent Hill or other RE games but can't recognize exact tracks. I'm especially interested in new save room theme and "unicorn and books" theme

Guys, I know this is far fetched, however, I believe this should be possible. Could there possibly be a way on how to make these mods like a single .ISO file, sort of the main mode and be used for emulators? I am pretty sure there is a work around to this. Unfortunately I am not that technical however it is my dream to start playing these mods on either Epsxe or the Retroarch on my 40 inch TV. I got to play RE 1.5 on my TV whixh was fantastic and absolutely loved it. I am hopeful there is a work around to make these mods not only playable on PC but on Emulators as well ♥️💪

That's totally impossible, since this is a PC mod.

I've tried to install this 5 times and keep being met with "Found an invalid installation key or setup failed" despite following both the included video file and text file on how to install the mod, any help to resolve this would be appreciated

OP Here, Was able to fix the problem by setting "bio 1.1" into compatibility mode for windows 95

Hi when I extract the file I get lots of zips, is this normal? Please help

Yes it's normal I had that too, I chose every single file and paste inside of re2 directory.. the only things you are not suppose to paste are stated inside of the file that helps you with installation

Whenever I try to drag the dll file into the Bio 1.10 exe, it only says game is already running

If this happens, try to reboot your PC and put the 7z files outside of that folder. Then try again and, if it works, close the game and put back the 7z files in the folder.

Another Fantastic mod dude. I don't have to say how good this is as it speaks for itself. Keep up the hard work. Its what I love about classic RE MODDING. Still new things after all these years. GG

Also If anyone is stuck with the Episode 3 Puzzle. Give this a watch. Made a super simple guide to follow.

how to increase the game screen resolution

Thanks for the mod my friend! resident evil community needs more people like you and I have sourcenext version of re2 but do you have to create folder in the game's directory folder and put the mod inside of it? and I know why you say you need sourcenext because that version of re2 is able to detect every mod you install, i current have speedrun edition and american version of re2, is there any way to support the lovely projects you make?

I have something to add, when I installed this mod it automatically made speedrun edition biohazard2 disappear... is there a way to bring that version of game back?

This game is amazing I am looking forward to the devs next game During The Storm. Looks & sounds amazing (An open world old school Resident Evil game) I haven't been this excited since RE 2 Remake was announced lol. & I would love to donate money to them if they have patreon

I'm glad you liked it! DTS will be much better ;)

And thanks, but I don't accept donations. Mods should be made for fun and for free.

It was removed, since it wasn't necessary anymore. You can just use Bio2.

You probably didn't make a proper installation. The key can be easily found in the corpse inside the cell block.

I played the first episode. I went the right way at first, straight to the room with the two zombies and with the password door. If i open the door and go the way to the end, the game crashes with no error. How to fix that? :o

That bug can happen if you have the mod Origin of Species installed in your computer, or if you don't give full Windows permissions to the game's folder.

Crash in a scene with a statue and medal of unicorn((
What to do?

Your original game is probably missing some files. You should avoid that crash if you disable movies in the configuration files.

What should i do when i get an error that "Found an invalid instalation key or setup failed"?

You need Resident Evil 2 SourceNext (PC) to play this mod.

Where's the labyrinth? Any plans to continue with that?

That game mode was just an experiment, and I'll probably never work on it again.

How do I play with Doom Marine?

That mode wasn't ever released.