The release of the "Poke646: Annniversary Edition" on Dec 21st 2016 marks the 15th anniversary of the original "Poke646" release and the 10th anniversary of the "Poke646: Vendetta" sequel release, both some of the most critically acclaimed singleplayer mods for Half-Life. Both games form a coherent storyline and span over a total of 42 maps and approximately 4-6 hours of playtime. The "Poke646: Annniversary Edition" is basically a bundle of both mods, patched to run under the current Steam and Half-Life versions. This edition is designed to replace all other installations and/or patches of the mods, ideally becoming the only downloable edition of the mods over the coming years. 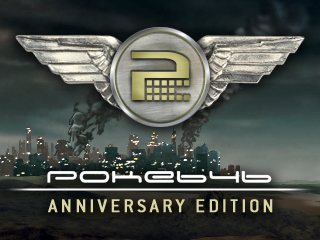 Thanks a lot for this masterpice! It's really brilliant experience in the Half-Life's universe.

Yeah I got a new gaming laptop and this is on queue of all classic games I wanted to play again...a master piece indeed.

I can't launch Poke646 but I can launch Vendetta

It's 15th year anniversary of the mod, it has been 3 years since the GNU/Linux version of HL was released; yet the mod still does not support Linux. It launches fine if I edit "liblist.gam" file; but since custom tools and weapons were not ported into Linux, proceeding is not possible. Will that be fixed? Thanks, regards.

everytime i cick download i get an empty .zip file what am i doing wrong?

Me too. I tried a EU mirror and it worked. Try one of the EU mirrors.

how do i do that?i looked it up and got nothing

When you click the "Download Now" button, a small ad popup appears and your download starts in the background. On top of the popup, you find the line "Click to download poke646_anniversary_edition.zip if it doesn't start automatically or try another mirror.", click on "mirror" to select another mirror. I'm looking into the empty-file-issue and will report to ModDB staff is necessary, but so far all my downloads have been proper. If anyone can pinpoint faulty mirrors, it'd be greatly appreciated!

The US download mirrors seem to give an empty .zip file (o bytes). Please fix ;)

For the meantime use an EU mirror and it will work.

Shoutout to ValveNewsNetwork youtube channel covering this mod made me check it out!

Just checked their YT channel, shoutout from me as well! ;) I wish they didn't constantly show the player trying to jump out of the map, but people seem to have an obsession with that lol

Could you compile the libraries for linux, too please? Thanks

i have no idea how to launch it T_T

It's not showing up on steam

It crashes when i get to the library

To anyone still reading these (probably nobody), the empty file bug is fixed from what i've seen.