Recently I've discovered that a map beta I had released for closed community few years ago, isn't lost. I'm publishing it here just to show how it all was supposed to look like. To be honest, when I've re-discovered it and visited the map after years, I got impressed by my own work. The development ended sometime during late summer 2013 for performance reasons. The map can be played as "mod". I strongly recommend to use developer's flying mode to move around (F3). It's much faster. There are many secret and underground places that worth to find and visit. 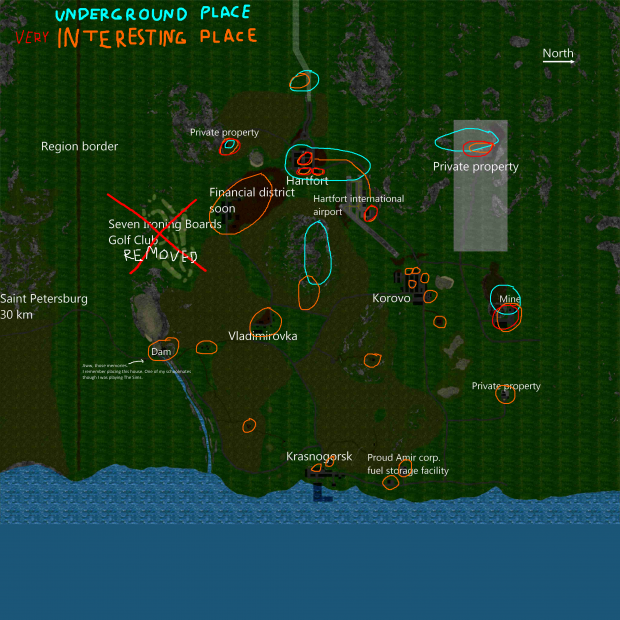 no vegetation ;(
have no big performance problems, always > 30 FPS (which is curious because it really should be more).
i loaded the cryfile into editor because i wanted to look if you just have disabled the vegetation layer but no vegetation at all ;(

I had removed the vegetation for performance reasons. I used to have about 20 FPS in some locations. One half of HardFord was laggy, other one was smooth.
I just released it to "save it" and let everyone try it, if they were looking forward to it.
There's no chance of me carrying on the development.

so you have not stored the vegetation as layer somewhere laying around your harddisc ?
this strange behaviour from cryengine with spots of totally broken FPS on large maps is also known to me, very well -.-

The file isn't even from my HDD. A month ago I tried to download the file from a link to Mega(upload) I've posted to EP2's Crymods thread. Surprisingly the file was still there.