The last released version of OSJB mod. OSJB v1.0 is a Half-Life mod where we have a fight between two teams, with several playing modes. The most basic playing mode is Jail break, where each team tries to kill off the other team, in doing so the killed player is placed in jail until one of his remaining team mates tries to free him. Click "read more +" to see the detailed information.

Jailbreak is a fight between two teams as are most First Person Shooters. But the real difference is what happens. Okay, take for instance you have Jim and Bob playing. Bob kills Jim, and Jim gets put in jail. That is simply the idea of Jailbreak.

The object of the game is to have all the enemy team inside of jail at the same time. When that happens your team receives a point. Sounds good, right?

Well, the enemy team is trying the exact same thing. If you get killed, you go into prison. How do you get out? Well, there is actually 4 ways.

1) Teammate (who is not in jail) hits the prison release button.
2) You wait the allotted time in jail and are freed.
3) Your teamates who are also in jail work together to break out.
4) Your executed, and a new round starts.

Well, the fourth one does get you out, but its not exactly recommended that you go that path, because the other team wins the round.

Now, how do you work with teammates to escape from jail? Well, every jail has its flaw and it seems these flaws are the ventilation shafts. All you need is a boost from a team mate, and after a little bit of crawling, your home free. But the only weapon you have is a crowbar. So what do you do first? Get weapons or press the prison escape button to release the rest of your team?


New Features of this version: 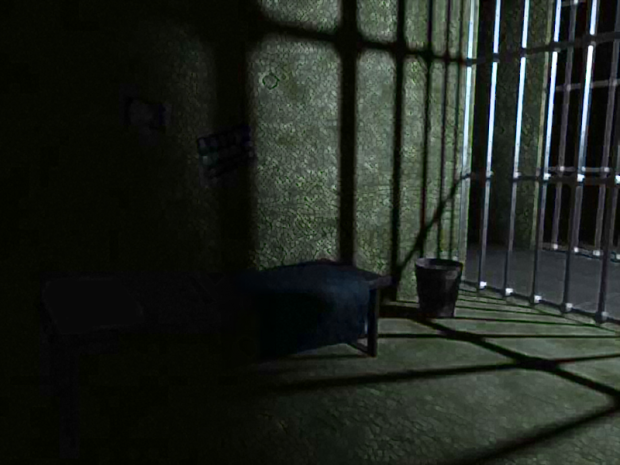 So did you finally get "my version" unpacked? :)

No, as I assume "your" version of OSJB is a public beta of this final version. Look there for details:
Fileplanet.com

And that public beta still can't be unpacked in any way, LOL.

No offense.
I asked as a matter of interest, because I hadn't give up the hope to get this version running.

What's the point of unpacking the beta, if you can use the full version instead? :)

Well it's because I'm a HL mod collector and so I'm interested in "historical releases" of some/well known mods.

The final OSJB is already in my collection and from time to time we play it at our private HL lan parties. :)