Lord of the Rings Conversion Mod for Crusader Kings II

Cleanup of some files

Buff Saruman with some buildings 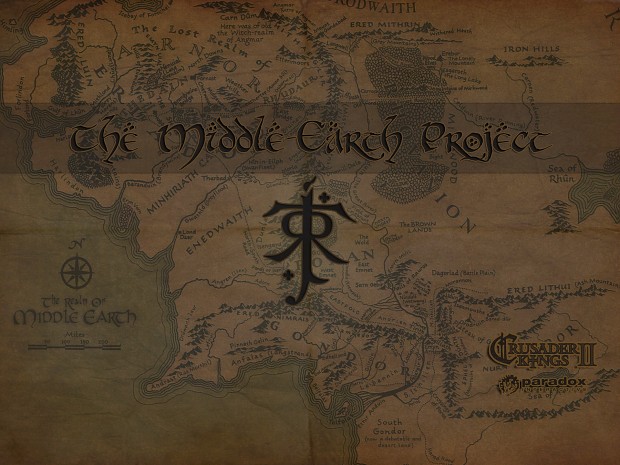 Some things I've come across in the past couple days using this version (using all DLC except Conclave and Way of Life):

Solution: Add the wheat farm buildings to the market triggers in those files.

Solution?: I don't know. I've tried additional checks in the mep_crown_laws file, removing the crown authority laws in the history files, and creating a maintenance event which would remove those laws if one of the jcrown_authority laws were active. For now, I just disabled the jcrown laws and just started using the regular crown authority.

Solution?: Either add the event to an on_actions file, a mean time to happen to the event, or a weight multiplier to the event(seeing as it says is_triggered_ it was probably meant to be on_actions) in the mep_med_events.txt file. Then add a trigger block to the event so it only triggers from on_actions when a character has an illness. I did the latter solution and the event then fires, but then when selecting an option, the diseases aren't getting removed.

Solution?: I don't know. I got this a couple of times and both times the executed character was a wilderness character. I'm guessing it's a culling event after colonization? If so, it doesn't seem right a character would get the maimed trait from it.

Solution?: I don't know. I guess since the province somehow became Arnorian, the conquest CB became valid to use?

7) Can duel characters that are preparing for an invasion and stop it before it happens by winning (maybe not a bug, but is an easy exploit)

Solution: Make it so characters can't duel characters who are preparing an invasion.

Solution?: Change goshen_personality_events.11 to goshen_maintenance_events.11 in the goshen_maintenance.1 event. Even after this change though, the event still didn't fire for me. Characters did receive a random education trait upon adulthood though. Also, I checked mep_on_actions_loc.csv and there wasn't any localization for them. Are they located somewhere else?

9) FROM is returning null in goshen_maintenance_events.11 in the Validator

Solution?: I don't know. It seems like the character that is supposed to fire the event coming from goshen_maintenance_events.1 isn't valid?

Reason: Can easily cause a dynasty to die out if a character accumulates enough of the lines, resulting in fertility to reach 0%.

Edit: Sorry, I just found out there is a bug report section in the forums tab; don't use ModdB often.

will work on some of these, the farms thing's not a bug, they have improved income to compensate.
We don't really use the forums anymore, main focus is now the discord.

All right, that's what the poster had said in the forums about the farms. I would suggest then to add NOT = { culture_group = numenorean } to the potential of markets so they don't show up in the building list for Numenoreans. That was the reason I had thought it to be a bug.