This is the October 2001 CD-Rom which came from the issue of that month's LEVEL Magazine from Romania, Contained in this CD is demo's of video games including Art of Magic, Max Payne, Stronghold, and also some shareware of utilities such as WinRAR, and patches. This CD is one of many released by Vogel Publishing and the Cd is not by me and I don't take credit for it either.

Simply install any of the demo's to wherever you want to and run them with their launcher icon, Detailed instructions on patches or shareware are inside the respective Folders. 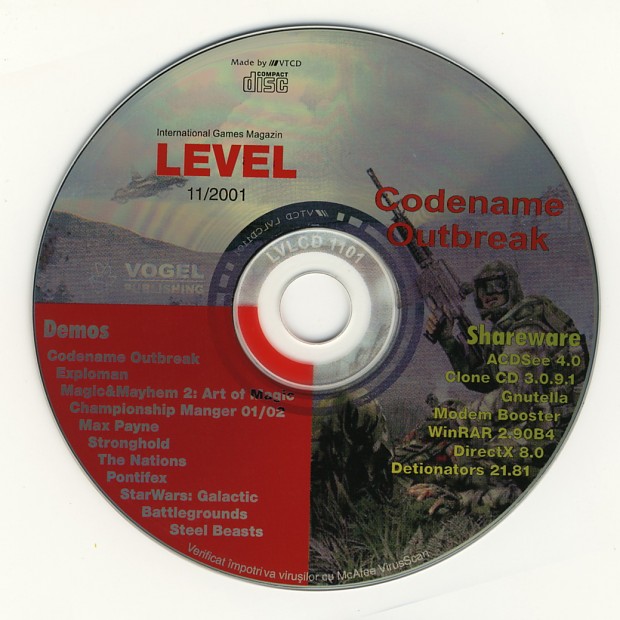