Hell Revealed II (HR2) is a 32-level megawad for Doom II and the sequel to the legendary Hell Revealed. The WAD was authored by a team of 14 members led by Jonas Feragen. It was released in December of 2003. Many have admired this megawad for being quite possibly one of the most difficult wads to date. Hell Revealed II had a long gestation, with development beginning in 1998. On February 14th 2000 a "beta" version of the megawad was released with 15 levels, and two secret levels. A number of demos were recorded on this version. The intention was to release the full megawad that year, but several years passed before Andy Olivera pulled the project together and released the final version. One of the levels, Beyond The Sea, was actually taken from an earlier Andy Olivera WAD, D2200EP1, released in 1998. 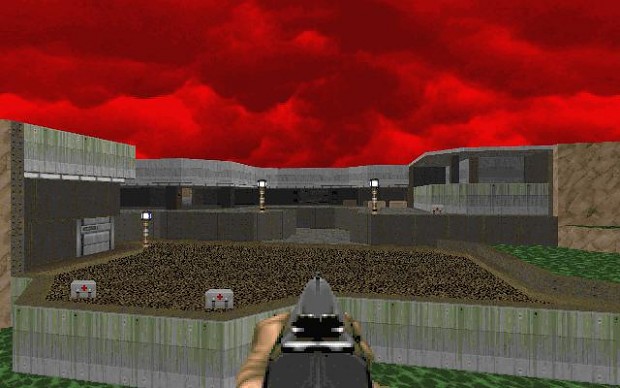 That was quite a challenging megawad.

Watch out for Map28, so many Arch-Viles and Cyberdemons and no cells

Mighty this is a tough one. Those who don't like large amounts of Cyberdemons, Arch-Villes, and Chaingunners should avoid this wad

Wanna play this one!