This release is a quick release after version 1.87. Unfortunately, as there are no changes listed in the official channels that I can find I have no idea what changes were made in 1.87 which I also cannot find. I also cannot find any changes attributed to this release as well. I've already sent a message to the mod team and have yet to hear back from them, in the mean time I thought it best to upload what's already out and make the necessary information updates when they become available. Shall we play, spot the difference in the mean time? UPDATE: Apparently this release is just an incremental update with several fixes for FX 1.86 and 1.87. As such it's not very important, but worth having to stay up to date. Although based on a few users comments there are some major changes, which I am assuming were made in 1.87. FX 1.90 is set to be "The Big" update, so stay tuned! 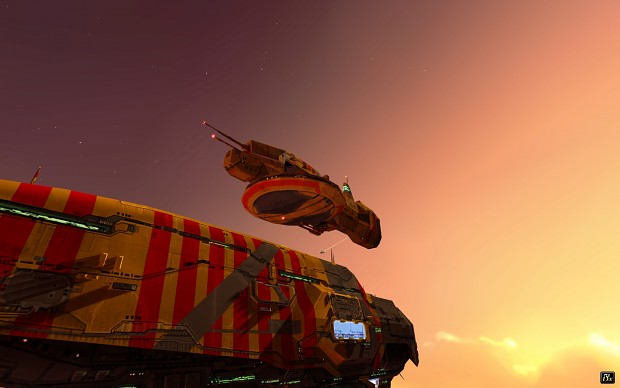 Hmmm I will test this...

This is a major update. theres a new Taiidan motehrship model and new effects such as dock and undock effects

The Bentusi have finally got their own Battlecruiser. 4 continuous firing beams that can also target strikecraft and one sajuuk-class beam weapon, that must be activated.
they still don't have resourcers.

That's the questions! I don't know how to collect resources since they don't have collectors.Can you tell me?

Hey guys i'm having trouble playing this version, whenever i play against CPU and click start game, the bar fully loads and the game crashes without any message, here's a screenshot of the settings i used: I.imgur.com

I got the same problem, but I don't know what's going on.

My problem was that I had version 1.0 of the game! So you would want to check your version and if it is v 1.0 you should update the game. Just google on v.1.1 and you should find it. Hope this helped.

Everything seems to be in order.. Are u really patched to version 1.1? If not then do so.

Wish this mod would have more maps to play with.

Es ist wunderbar!
This mod is great, I love it, please keep developing it!

You have not checked that the language files are in

if you want more maps get a map pack, I recommend the TFL pack because its so easy to install.

but you need to modify te pack for the mod

Well, I start to play HW2 just this week, but I have to said it's fantastic, and also mod are very well made (this one is the better I found).
Anyway, I have to report that it's impossible to play with the Bentusi: when you use it, you have only two ships, no collectors and no description of ships themselves, when you play against the game simply crash.
Apart for that... Wow, this is amazing!

my FX mod just closes down when i click save. so i lose all my game. is this a bug or something i can fix? please help. also my bentusi build/research tabs does not show any names for the ships just numbers, can this also be fixed?

I can't play with bentusi in my game...

But, this is the best mod for Homeworld 2 ^^

Broken or unfinished strings of text. Possibly new names that were not translated into English.