[REQUIRES COMPANY OF HEROES PATCH 2.602] Eastern Front Fans, The 1.40 patch is now released. Containing multiple balance changes, bug fixes, new criticals for all soviet units, new music for soviets, new PTRD-41 model and maybe most importantly and waited, reward units for soviets. Also it was removed the Jagdtiger to give Wehrmacht the Tiger Ace as reward unit for King Tiger, using the Black skin of Schultz's tiger as the community requested; also PE got the Nashorn as reward unit for the Flak 88 and RMC got a couple of surprises.

The 1.40 patch is now released. Containing multiple balance changes, bug fixes, new criticals for all soviet units, new music for soviets, new PTRD-41 model and maybe most importantly and waited, reward units for soviets. Also it was removed the Jagdtiger to give Wehrmacht the Tiger Ace as reward unit for King Tiger, using the Black skin of Schultz's tiger as the community requested; also PE got the Nashorn as reward unit for the Flak 88 and RMC got a couple of surprises.

Also, we proudly announce, three new members that joined roughly since the release of the 1.31 update to our staff:

Robotnik is helping us to fix bugs and apply balance changes and also is revamping EF's AI, a share of his work can be found in the current version's AI.

Crasius is helping us to fix bugs and apply balance changes as well, but he also help us to set up stuff in Object Editor, like animations.

Tiger205 is helping us with Ostheer's animations on his free time.

They have been really helpful and without them helping us fixing all the stuff for this update would be... more complicated. Thanks to Tiger205 we have the IS-3 in EF and are a massive leap closer to releasing the Ostheer. 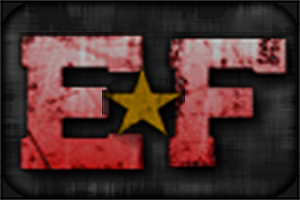 My installer won't launch after this installer, and i removed the earkier version. Any one else have the same?

Same here too, got ver. 2.602 and it wont run. Now im stuck playing vanilla CoH at the moment.

know that feeling, it sucks alot

Every time I start launcher, I get message that "Eastern Front Launcher stopped working." I reinstalled it few times but i still have same prmblem. Could it be problem caused by normal CoH? Normal CoH works as usual.

Same here, mine says it stopped working too

Same. Using a Windows 7 and tried to run it as admin, but same thing.

if nothing else jsut download NHC mod and combiner mod and play it liek that + there is a no popcap feautre on NHC combiner which is perfect for hordes of soviets !

If you want to fix problem with launcher you need to change one propertie. Search EF Folder and open up the ef_launcher.config (something like that) and set auto_update from True to False

When ever i try to change it once i hit "save" it says "Cannot create the C:/(blah blah blah (just where i have it saved to))/EF_Config.ini file. Make sure that the path and file are correct." I also tried it with WordPad (used notepad before) but then it just says "Access Denied" but im the administrator. can you help me out with that?

copy the EF_config.ini to your desktop, remove the original from its directory. edit the copied .ini file with notepad, changing auto_update to False and move the edited .ini file from your desktop back to its original folder.

Totally revamped AI? Why does that leave me with a deep sense of forboding and dread? Well, I backed up copies of the vanilla personality files just in case. Had to overwrite the AI with the previous version(s) too though because they were simply way over-the-top too hard, but I'm definitly willing to give this "improved" ai a chance. Even though more often than not the word "improved" as used in relation to AI and mods generally corrilates directly to how much it cheats
-_-. Still, very excited about the addition of the hero units (Hopefully the Soviets will get Vasili...though that might not be fair ^_^) This update should keep me going though until the Ostheer are finally released. Its just too bad CoH doesnt have actual air units. Then the Ostheer could have gotten Erich Hartmann (now that REALLY wouldn't have been fair ^_^).

I hope i helped you guys!

and when will that eb fixed ?

aah ok. It will be fixed automatically with time then.

So, because the autopatch feature on the EF launcher does not work since the release of the 2.602 update, you have to manually download the EF 1.4 patch from a Website such as this. It works fine for my XP system, but on my Windows 7 system, it tells me that there is a conflict with 32-bit and 64-bit versions and tells me to get the right one. I can't seem to find a specified x86 or x64 version of this mod. Does anyone know why it is doing this?

nope, but i have no such problems ans i use windows 7 aswell, maybe thats not the issue

I have a problem with soviets AI, while using them as allies on the 2x2 map. The game stops after 5-7 min of the game and message comes about AI critical error.

to stressful for AI, it brakes unders the presurre, use special treatment to cure its mental illnes and to help it cope with the hoorros of war XD

already written on this topic, see below

I see some problems with the mod. It's just some minor bugs that are probably easily fixed.
1. Germans on noraml only produce mortars halftracks, a whole lot of Pak 40's and grenadiers.
2. The fixed artillery postion for the soviets fires about 30 yards past my artillery circle.
3. The kv 1 kv 85 and the su 76 turn very very very quickly and it actually makes my game glitch a little.
Other than that I have no problems with the mod and I say a job well done to the eastern front crew :)

How do you install on steam!

hey i messing around with the game settings and found out how to fix our problem.. go to settings in the EF launcher.. bottem right of screen theres a directory option click select dir.. then follow the path through steammaps to coh then click ok. and it work :D

the mod still cant find CoH dir. i went the help site and saved the mod into .blah blah blah /steam/common/coh ... but its still haivn the same problem as before when clicking play :/

anyone else crashing ...alot!?

crashing after 10secs in windowed and full screen

If anyone's having problems with the launcher crashing go to the EF_Launcher_Config.ini file and scroll down to where it saids Auto_Update=True and change it to False. Your game should start then.

I have this awful feeling that the soviets become weaker and weaker after each version or is it because the AI got stronger? or both?
The assault guards don't even have PPSH anymore, I am always short on ammo because tanks and even weapons use ammo as upkeep, the ZiS-3 has an incredibly high pop cost, the T-90 don't suppress as much as it used to in 1.2...

I've downloaded this mod 3 times and every time I get an NSIS Error Basically saying that the installer is corrupt or damaged. help please.

i am having the same problem did you get any help, if so could you tell me

game crashes all the time when user is playing as soviet....

I think the ba-10 is from tiger205. It clearly need reskinning but I don't know from where come the ba-65, maybe it is from another mod. They don't seem to be ready.

Very great mod it works totaly fine with me.

Tried everything and still doesn't work...
Is it compatible with Tales of Valor?

Its compatible with ANY CoH that is patched to 2.602!