A small bugfix for version 2.

Guardsmen remained invulnerable if the objective to save them failed.

The reinforcement objective was automatically completed.

The orks guarding the waterworks held position instead of attacking.

The wartrukk did not unload troops properly.

Gabriel did not make the daemon prince vulnerable if he died and respawned.

Some dialogue had missing text files.

Thanks to AwesomeStrong for finding and reporting them. 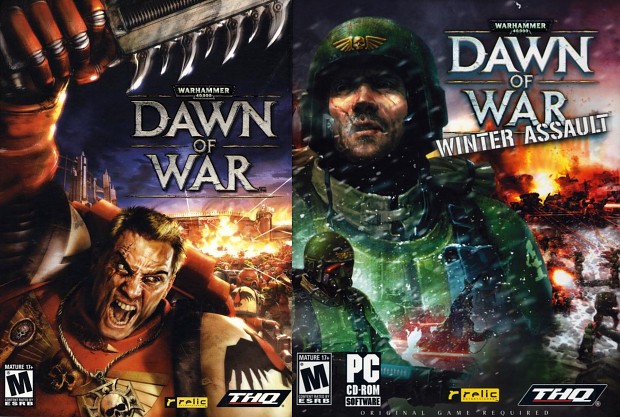 Can I ask when/where are the Orks in m11 supposed to spawn? I went through the mission twice and no greenskins ever bothered me (although they are mentioned in postgame).

Also, the line where either Toth or Gabriel mention the Deamon prince weakening plays even if the Eldar reach Sindri with Macha.

They are supposed to spawn in the bottom left corner and destroy the chaos base there, if you haven't already. But it seems that chaos tends to kill the orks instead, so in the next full version I'll probably remove the chaos base and let the orks be there from the beginning.

Nice bugfixes, I'll try out mission 11 (which I simply couldn't complete) soon :) thanks for all the work, as it stands this patch likely makes it the most playable and fixed up!

I think I encountered a bug on the third mission of the Disorder campaign in Winter Assault. AFter I sacrificed the Guardsmen and I was told the Avatar was coming, my Chaos Sorcerer didn't turn into a Bloodthirster. I've only played the mission once, so I can't say for sure if it's a recurring problem though.

Just finished a DC/SS marathon. I misplaced my DoW complete collection box a long time ago, fortunately not before linking SS to my Steam account. Rest of the CD-keys were incompatible, but thanks to this great mod I have access to the older content again! Here are some issues I've run into:

1) For some reason the Sorcerer refuses to turn into a Bloodthirster in the third disorder WA mission, or does so only after a long time. Recruiting another Sorcerer doesn't help.

3) For some reason I get a seemingly random game over during the fourth WA disorder mission, probably in part because I didn't realize you're only supposed to finish one half of the map; I switched to Orks right after capturing the CP with Chaos. Switching back doesn't help.

4) Near the end of the first order mission in WA a fifth webway gate should spawn after you destroy the generators, allowing you to reach the Sorceress. This doesn't happen for some reason and pelting the Sorcerer's 10k HP with Psychic / Eldritch Storm using the bottom right gate is slow to say the least.

5) In the 9th (I think) Tartarus mission you have to hold a strategic point for a certain amount of time to lower a gate, giving you access to the other half of the map. Once it's open Eldar forces will still attempt to blindly decap it, charging past your forces and usually getting obliterated in the process. Vehicles don't exhibit this behaviour and once the gate is open the SP behaves like any other SP anyway.

6) Research/Upgrades seem to carry over between missions? I don't think vanilla and WA had this behaviour.

7) Scouts are rather cheesy in the early Tartarus missions since the Orks have basically no stealth detection whatsoever and thanks to the above point you start with infiltration and sniper rifles.

8) Infiltrated units fire during cutscenes when they clearly shouldn't.

You're probably aware of the mission difficulty being iffy in many ways, particularly in the Tartarus campaign so I won't go into any more detail. Thanks for the great mod!

I'll look into 1, 2, 4 and 5.
4: You will lose if either the webway assembly or the landraider gets through the psychic gate? Maybe that's what happened?
6: This is a feature I added for this mod, and did not happen in the originals.
7: I would like stealth units to reveal themselves when attacking, but have so far been unable to make it happen. Not sure if I can fix this.
8: Should be fixed now, along with the bug that caused warp spiders to no be able to kill them during cutscenes.
I have adjusted the difficulty, though it may require further tuning.