In a game of Warhammer 40,000, a Xiphon pattern Interceptor is available for use with Space Marines, Space Wolves, Dark Angels, Blood Angels and Grey Knights Faction detachments as a Fast Attack choice where appropriate. The Xiphon Pattern Interceptor, or simply Xiphon Interceptor, is a void and atmospheric flight-capable fighter craft once used by the Space Marine Legions of old. The Xiphon Interceptor was widely used by the Legiones Astartes during the early days of the Great Crusade, before falling out of regular service and seeing a resurgence in general use during the Horus Heresy due to shortages of available combat aircraft.

The Xiphon Interceptor can trace its lineage back to ancient times, and while the origins of the Xiphon are lost to history the fighter craft shares many Standard Template Construct (STC) components with a diverse array of Imperial aircraft, including the Amhut Voyager and the Thunderbolt fighter. 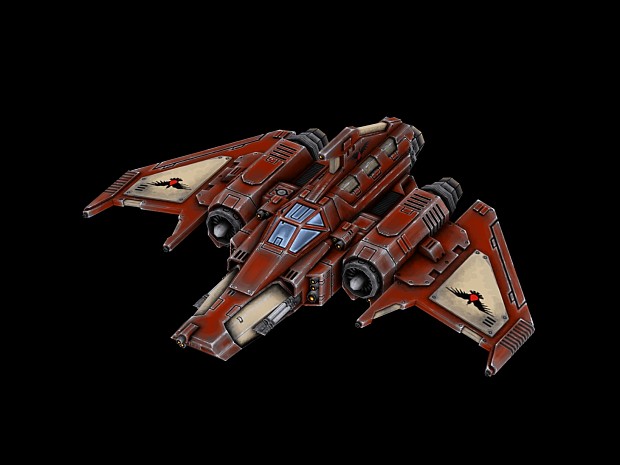 how do you put these in a mod