SPEHSS MAHREENS! We are the Emperor's fury! Now there is a Space Marine voice pack with some of the plethora of voice lines featured in Dawn of War II. Also some fluff "other" responses tucked in at the end, including one to tell teamates when you've deloyed a sentinal turret, one to tell them to throw grenades, and one to inform them that you have a Redeemer or similar "super-heavy missile" ready to launch. ACKS:8 FFIRES:8 ORDERS:10 OTHERS:34 TAUNTS:40 TOTAL UNIQUE:89 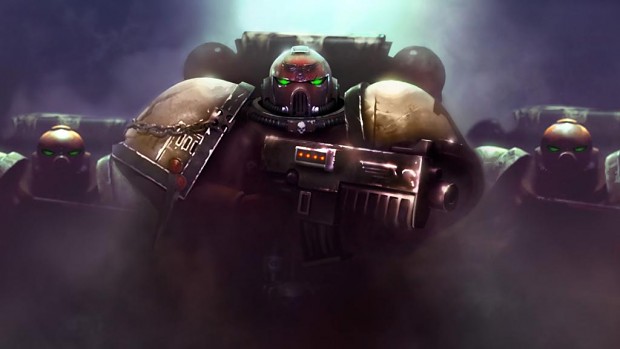