An old mod that's become tricky to track down. Originally released in 2015, it was removed not long after but a few people have been trying to track down the short map-pack since and after being asked if I had it myself I decided to reupload it to MODDB so others won't have any trouble finding it anymore. Just drag n' drop to your half-life folder in your official steam/common and restart steam for it to appear in your library. Of course, if the original author requests this be taken down then I will oblige with their request.

~Copied from the Readme File~

pagoda is a small Half-Life singleplayer mod. Climb up a pagoda to fight the boss room at the top. I did this mod in approximately 4 weeks in december. Its an homage to an old ninja game from the 90s. Playtime around 30 mins.
I don't recommend playing it on hard.

Copy the files to your Half-Life folder on your local disk or whatever you may use.
You might want to back up your own or the vanilla skill.cfg in the valve folder. 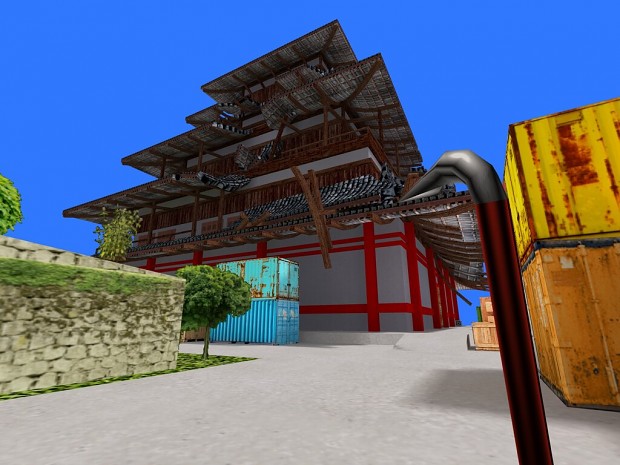 Here's a walkthrough I recorded of this mod! Feel free to use the footage for whatever!


P.S. Thanks flippedoutkyril for reuploading Pagoda to moddb!

Almost lost my sanity but here it is: hard mode no deaths/saves/loads
Beautiful mod!


and also a compilation of all failed attempts

Cool mod but the end is crappy

That's interesting. For me, the ending was great, everything else was sub-par. In fact, it was the only thing that redeemed the whole mod for me

i did a Sven Co-op conversion of this mod
Scmapdb.wikidot.com

Holy hell, thats rad! Practically made for SVEN knowing how difficult it is!