At the year 2145, right after the events of Doom 3, the Moon Station is invaded by hellspawn forces, quickly taking over the base, with all of it soldiers being possesed. The player assume the role of John Logan, one of four supersoldiers trained by the UAC militar division stationed on the Moon, having the power of regeneration and super strength. He was arrested before the events of the game, being stuck on the infirmary due to allegations of hallucinations... sane or insane, he may be one of the few capable of stopping the catastrophe that is about to be unleashed. 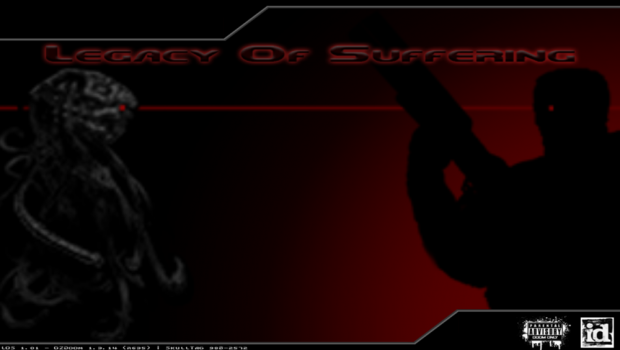 Quite possibly the worst mod ever made for Doom 2. With cramped hallways with no room to dodge, abject ammo starvation that ill-fits the Painkiller-style forced battle system, labyrinthine and obtuse progression that is made worse by the automap also being made useless with invisible linedefs. Not to mention minor annoyances like lost souls always having the -Fast flag on and arbitrary and pointless fall damage. This mod is a textbook example of what not to do when designing a mod. This addon is all flash and no substance.

Do not be fooled by the high ratings, they were astroturfed by the author and his buddies.

The BEST mod of Doom II that I ever played...I'm an experienced Brutal Doom player and I recommend this mod.

If carlsberg did bs.... You know the drill!

I see people have brigaded this comment. Hoes mad.

With polarised opinions come the possibility of something being done very right and very wrong (and or alot done averagely and some just being questionable). To me this is basically everything wrong with games these days, and one of the few reasons I didn't like Doom 3 as much as the devs think people should have. Theres very little given to the player in the way of cutscenes, I'm of the opinion that cutscenes in games are generally not necessary the vast majority of times we get them. What little gained in terms of eye candy is due to graphics. We don't even get that here, as Doom 2 has bad graphics. If the cutscenes are here to help explain the story, which isn't the case here IMO, because cutscenes would only make sense for story progression if its detailing the events long since transpired or from the events surrounding different characters without needing player involvement, but thats not whats happening here.

Here we just get stuff that could easily happen in real time with player control, (doors opening with enemies behind us, or showing enemies resurrecting/teleporting in ect), its just time wasting. The objectives popups always tell us the obvious and don't serve much purpose in a extremely linear map design and so only serve as constant source of mind numbing explanation of what we just saw... with some 'engrish' for added flavor.

Progression involves being pointlessly told to go backtrack, ie trying to open a door & if the door malfunctions it tells you there was a door with a keypad earlier or a way to bypass it somehow, find a way around ect these popups are not very notable, only serves as extraneous fluff rather than telling us anything useful.

The fights are made fairly weak without the room to maneuver, everything is just aesthetic changes or arbitrary ones (like the fall damage), the regenerating health is there to help save your ***, but I don't need the game to save my ***. I'm perfectly capable of doing that myself.

I think its easy to say that cutscenes and popups are not handled well eventhough they could be under the right circumstances (and if used sparingly) to give a cinematic feel.

Question, does this beat Doom 3? Yes and No. It has more cutscenes and pointless popups than Doom 3 had, but its combat seems better. In that you fight hordes of monsters and not just 2-5, its not very dark, and it has Painkiller styled hard metal music where rooms are blocked off by hellish pentagrams that disappear once you clear the room (which I admit is better than allowing players to skip fights, usually). Is this a good Doom/Doom II styled mod? No. Is it a good total conversion in the vein of Doom 3? Half and Half. If you can take the bad than you might enjoy the good. I found it hard to enjoy with how restrictive the environments are and how monotonous the cutscenes and popups started to get after the 'nth time.

Logan MTM was a good wad developer, sad that hes outof the business...

I downloaded this mod and so far enjoy it, but I've encountered two problems: One, the four-barreled shotgun needs to be reloaded, but I can't figure out which button does it even though I hit every button on the keyboard. The second is I don't know how to change the L-Gun back and forth to chaingun and rocket launcher . I'm probably just stupid or something, but if someone knows how to do it, please tell me.

We were wondering if you're going to update Legacy of Suffering to support Brutal Doom/Project Brutality.

Me too, sadly the sequel was cancelled in 2011

Who the **** is "Nigel Rowand"?
This mod was created by LoganMTM and the members of BRDoom. Please, fix your credits.

Is strange to say that i meet this Mod by an Easter Egg on the "Final NeoDoom" first map?