Add addon Death in the Dark

After saving the world from the invasion of alien lifeforms, G. F. became part of special forces that take care of localizing and eliminating the rest of witnesses of the fateful research that had caused the invasion, infiltrates remaining infested buildings and recovers evidence of accident's origins. This amateur episode is for "patient HL players". I'd also appreciate any remark and criticism of this episode (it's my first.. 9 maps). 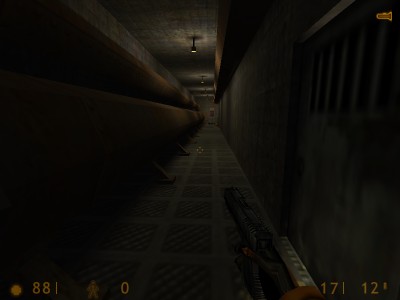