(Map 2 of 3) The splinter faction of gdi have become stronger still in the attempts to join the brotherhood to no prevail. sort of. nod have granted them a slow supply of spare tiberium troopers to help defend themselves with their own forces... this splinter faction is much stronger then you previously faced. with their own mechanized facility to help keep them safe... with the help of artilary granted to them to their higher ranking officers. as well as a extremely tanky but devious boss... (blame Mad_Legion in chemical warfare discord.) this battle grounds brings you to the lushious greenery of island paradise. in which these splinters of gdi are hostile to you and you enemies. use them to your benefit if you like to hold your ground or demolish them to be able to strike at your foes. Expect heavy resistance

Chemical warfare is made by ItzTeeJaay

edit made by me - scripting and ideas come from users from Chemical warfare discord server, and Mad Animal Show discord.

If you wish to suggest anything for the final map for this series of maps feel free to let me know in comments or in the 2 discord servers. 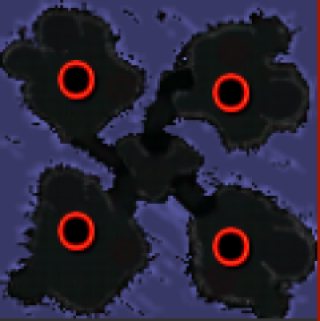 dont blame me lol..i just made it better lol

dont blame me ..i just made it better lol

its a campaign mission or just skirsmish?

both maps ive worked on are skirmish maps