Many fans who watch anime religiously or not, watch the anime but many times ignore the manga and choose not to read it. Watching the anime but not reading the manga is not the best thing to do if you want to know the whole plot and other things that the anime version does not show. 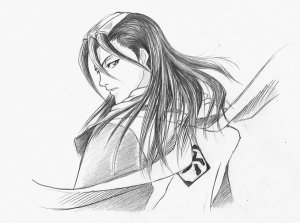 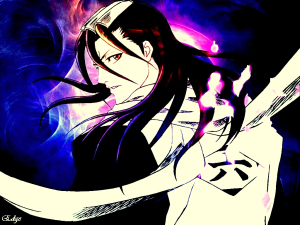 I thought of writing down this particular subject, in the name of the both things that this title mentions. As a place, where the main subject is manga and anime we ought to be understanding things like the ones that will be mentioned in the following sentences..

The reason of this topic, under no circumstances targets the degradation of the anime (Animation) as we understand that the topic that we will be discussing has also to do with the animation (Anime) which gives life to the manga. However, this does not mean that the animated version is always better than the manga one. Of course one is able to spot many differences, but lets leave it for now as it is.

Many people, the majority as i may say, do not respect the importance and the meaning of the manga versions with the result of choosing not to read it. Normally, when one starts to watch an anime, he/she first must read the manga. By staying with the manga’s flow and starting to get a better understanding to it, then he/she can choose to proceed and start watching the animated version. (Anime) If one wishes to watch an anime fully, then must also understand that it is the manga that possesses all of its genuine elements, thus all of its structure. The manga version is the one that holds the whole story of it.

In the particular moment that a manga comes to life in the animated version, we shall not fail to say that the animated version can be incomplete in a bunch of things. I believe those who have been reading manga and watching anime religiously will know what i am saying. Animated versions of course are being made very carefully always, so the “naked” eye cannot see past this. It will not spot when various things are missing. Besides, the animated version targets always on the best of it. It must be build in a way to represent and bring a manga to life in the best way possible. But for those who are willing to see an anime in the whole, what they have to do is to read the manga. In there has to be given the utmost concentration.

What’s special about the manga, is that in the manga it is being seen the very first drawing and it is also notable to mention the fact that some dialogues appear to be different. I will not disagree of course to the fact that the animated version is always more attractive to see, hence its movement, sound, the graphics (new or old) – the whole package. This is the reason of course for their acquired fame and interest. Of course we will say, that the animated versions brought manga to a whole new level.

However, the animation is not all of it. In order for someone to see the whole plot of an anime, he/she must always read the manga and not omit it. Let’s not forget also that many people watch an anime and despite the continuation of it in the manga version, they easily throw it away and forget about it, searching for the next, because of the discontinuation/waiting of its animated version. Well, this shouldn’t be happening like this.

Additional Note: This article was published first in to the greek blog & community an1medawn (see here: An1medawn.wordpress.com). I thought it has been important and share it further, mentioning serious things all the anime fans should be taking into consideration.