This tutorial will teach you how to use the AC04 GIM INJECTOR script to add custom liveries to the aircraft present in Ace Combat 04: Shattered Skies.

This tutorial will teach you how to use the AC04 GIM INJECTOR script to add custom liveries to the aircraft present in Ace Combat 04: Shattered Skies.

-Have Python 3.8.5 or newest versions installed in your computer.

-GIM files to inject (Check the ADDONS section to get them)

The ISO file of Ace Combat 04:

More information about the ISO files compatible with this tutorial (special thanks to Redump for the information):

These game serials are also shared with versions of the game that were reprinted (Greatest Hits, Playstation 2 The Best) or are review copies sent to gaming magazines/websites. I won't guarantee this tutorial and scripts will be compatible for these versions of the game. I won't provide support either.

I'll be using the [SLUS-20152] AC04 GIM injector script file and the american release of Ace Combat 04: Shattered Skies for this tutorial.

I'll be using BelkanLoyalist's -SCARFACE- livery for the Su-35 as an example for this tutorial. You can get it here.

In a folder with your Ace Combat 04 ISO file place the AC04 GIM INJECTOR script, the AC04 aircraft livery ID text file and the GIM file to inject:

You'll be asked the name of the ISO file to modify, the GIM file to inject and the ID value whose aircraft livery you want to change. Since we will replace one of the Su-35 liveries with Scarface's, open the AC04 aircraft livery ID text file and look for the Su-35 ID's:

Hit the ENTER key and the script will write the custom GIM file over the sector of the ISO that contains the F.E.A.F livery of the Su-35, replacing it permanently.

The program will ask you if you want to continue to inject more liveries or exit. If you continue the process will loop from the part where you are asked to type the name of the GIM file to inject. For this tutorial we won't any add other custom livery so type the N key to exit.

NOTE: Do not close the script by closing the CMD window because the liveries will not be added to the ISO!.

Load the ISO file in PCSX2 and navigate to the hangar. If everything was done correctly you will see the Firebird applied to the Su-35. You can also check if the livery was correctly applied to the aircraft by going in a sortie with it. 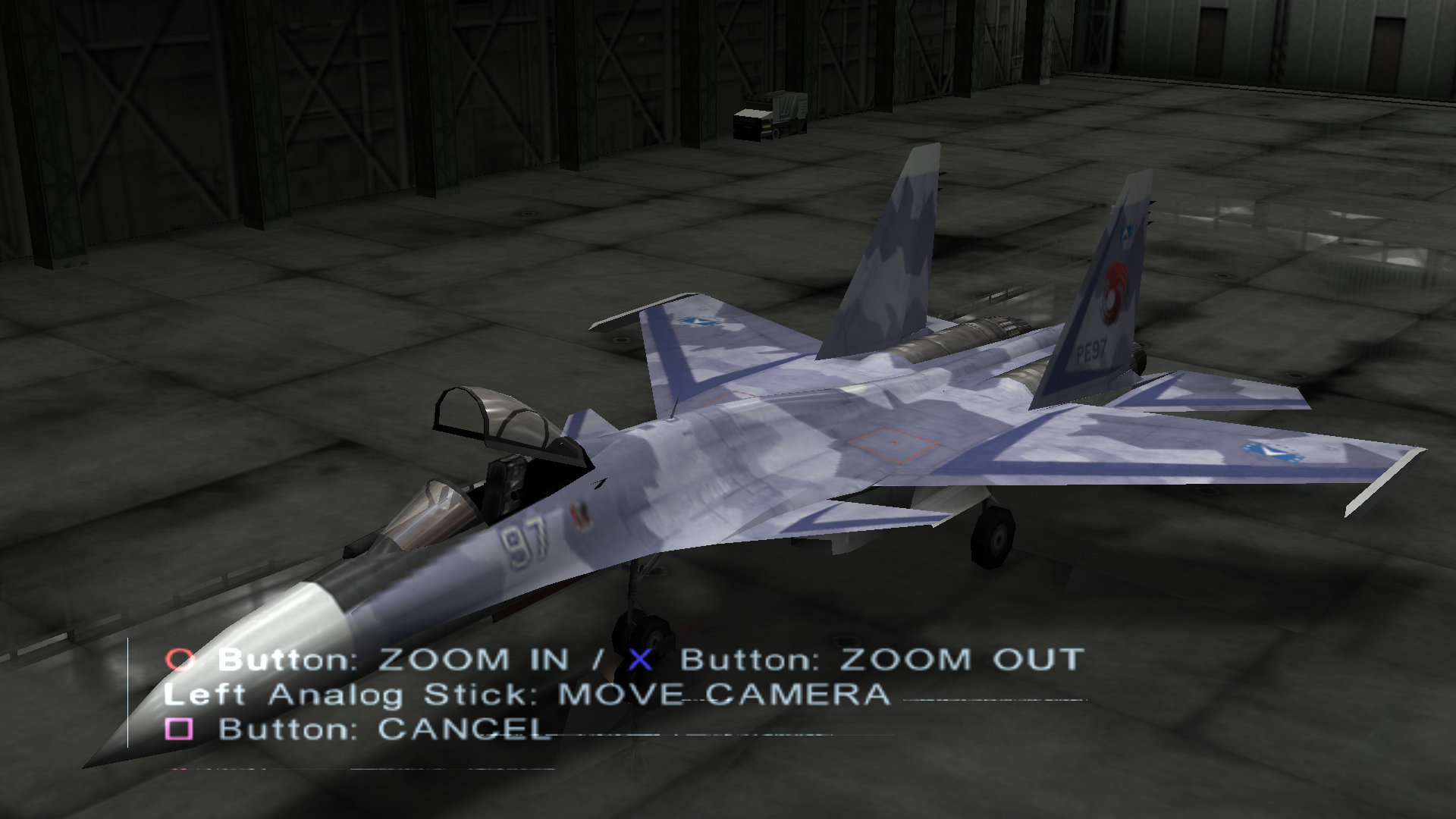 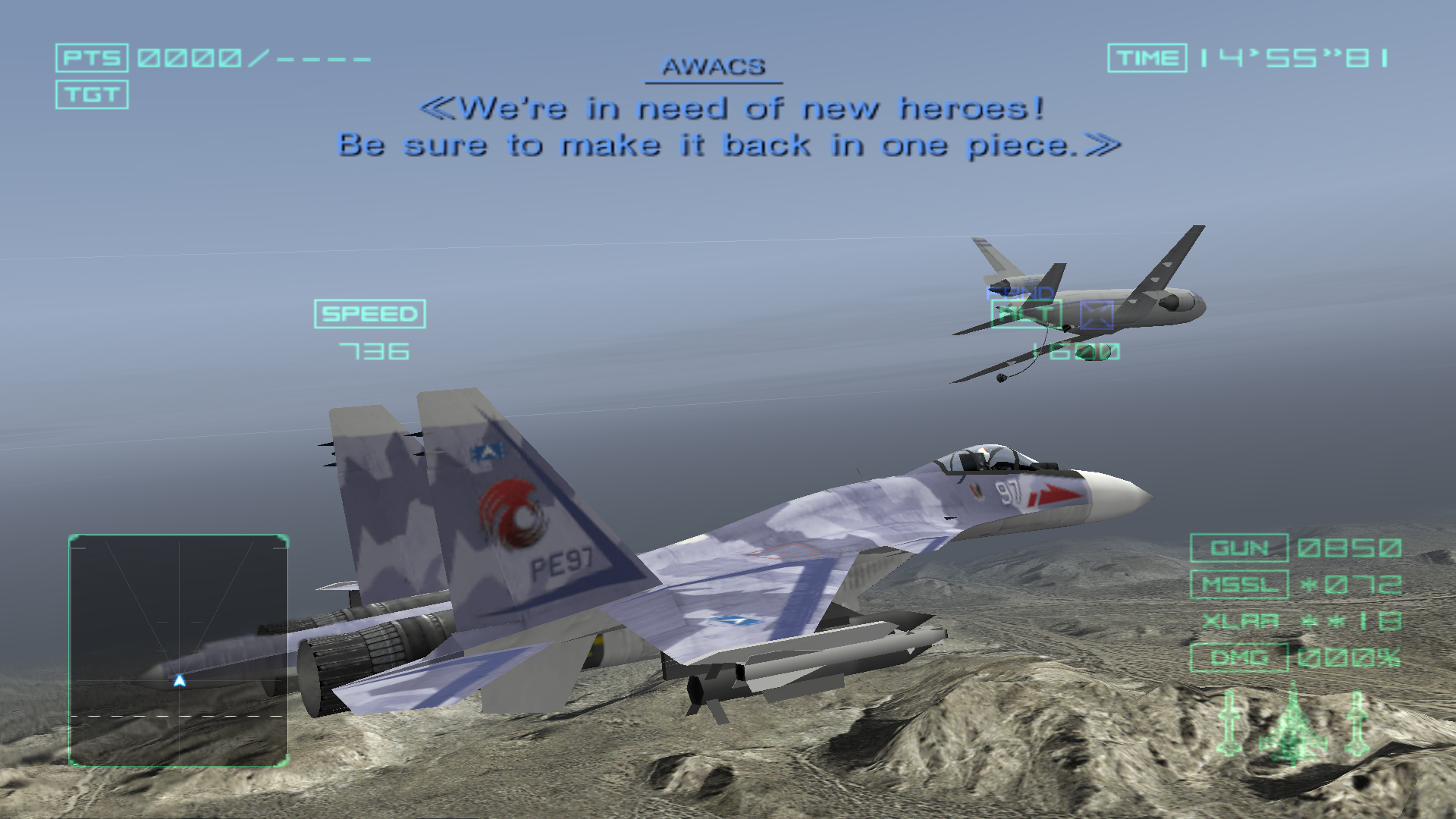 The aircraft in AC04 have three liveries each one and replacing one of them with a new one means that you won't be able to select the old one.

Nobody's perfect so accidents will happen. You typed the wrong livery ID or applied the livery on the wrong aircraft leading to results like the one shown in the picture below: 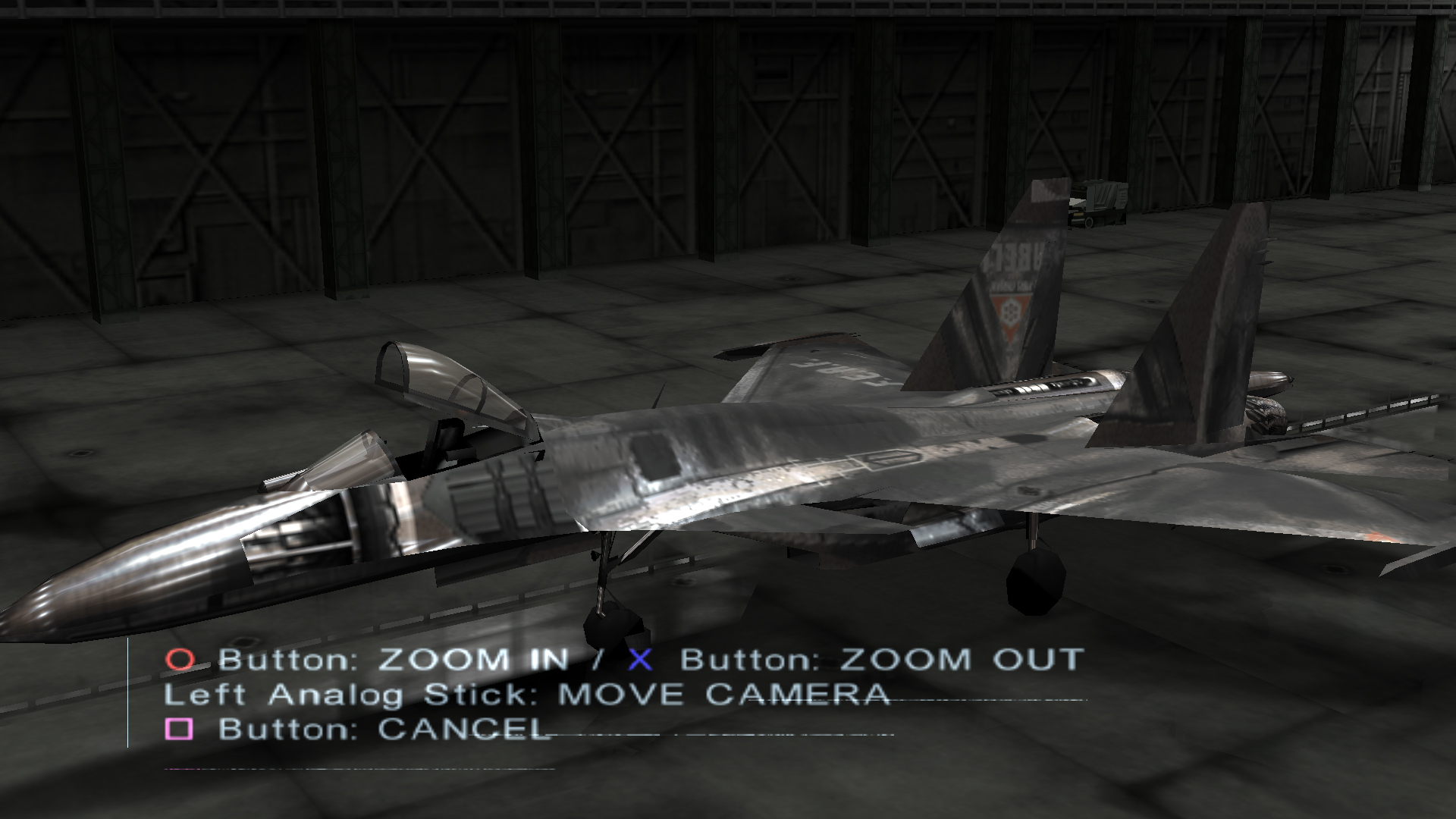 Worry not! This is an issue that is very easy to fix. Download the Ace Combat 04: Shattered Skies - Original texture file pack and look for the GIM file of the aircraft you want fix/restore. Copy that GIM file to where the scripts and ISO file are located, run the script that is compatible with your ISO and follow this tutorial.

And that's it. The process is easy to follow, but if you experience any issue then feel free to contact me. I'm not a native english speaker so I apologize for any grammar mistake you might find in this tutorial.

Special thanks to BelkanLoyalist for his Su-35 -SCARFACE- livery as well as testing the script.