Welcome to the sixth Zombie Warfare weekly update. This week we added three new weapons and a very strange weapon. Check them out!

Welcome to the sixth Zombie Warfare Pre-Alpha weekly update. In this post, you can find the latest things added into the game during this week. This update adds three new real weapons and a strange weapon. Let's see them in action!

Do you want to be stealthy? Now you can!

The second weapon that we added it's also in the "stealth kit" and it's a knife. We

are actually trying to link the knife to some specific mission (for example, we're going to make a kill mission where you must use only the knife), but for now you can buy it in the shop like a normal weapon. In the .gif below you can see how the knife works.

The third weapon added in this update is the Flamethrower. We spent a lot of

The strangest weapon in the game is...

As you have maybe seen in #screenshotsaturday, in this update we added also

the strangest weapon in the game. Its name is "Nut thrower" and it's basically a modified version of the grenade launcher, which throws Hazelnuts instead of grenades. The hazelnuts don't explode, but they cause damage when they touch an enemy. The Nut thrower has an higher rate of fire than the grenade launcher, and if you miss your target, you can pick the hazelnuts from the floor so you don't waste ammo. Here is the Nut Thrower in action! 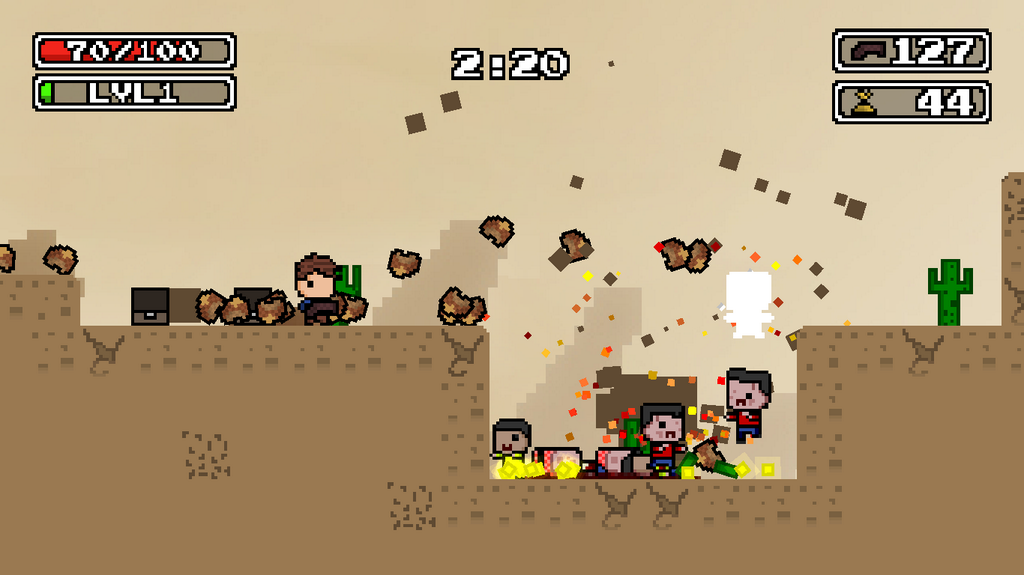 This was the Zombie Warfare Pre-Alpha Update #6. I hope you liked this Update, don't forget to leave a comment with your opinions or suggestions and see you the next week with the new Zombie Warfare weekly update.

Don't forget to track this game to show that you are interested in this game, get notified when new updates are out and get (as soon as possible) some special gifts!

Thank you for reading this article,
Nyo, Famega Developer

Every week on Wednesday on IndieDB for the new weekly update. Every week on Saturday at ~6:00 p.m. (18:00) CEST on my Twitter Profile with #screenshotsaturday for a preview of the next update.

I smell a Broforce wannabe.

Come on, its a sidescrolling shooter, there were thousands before broforce