The Whisper command has been implemented, allowing characters to communicate privately. Also, the underlying skills structure has been overhauled.

The Whisper command has been implemented. You can access it by clicking the "Whisper" action button on a character's profile or by using the associated chat commands. They are: /whisper, /w, /message, /msg, /m. The command format is "/whisper ". If your target's name has spaces in it, you may surround it with double quotes ("). (For example, /whisper "Some Guy" hey there!) 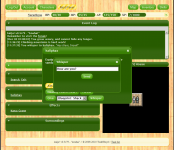 Other than that, I've been spending quite a bit of time over the last two weeks completely restructuring the way that skills are instantiated and manipulated in the engine. Each skill has been separated into its own model, rather than having one aggregate model holding all of them (which, believe me, got unruly as all hell once the number of skills in the game breached ~10). This same dynamic will be used eventually for actions, effects, and perhaps item, building, and NPC archetypes (and I'm sure there are several other uses I'm not thinking about just yet). I've also TRUTHFULLY squashed the "«Throttled»" bug when entering/exiting buildings. 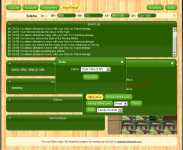 I've got a tad bit more work to do on skills, as I'd like to give each of them their own parameter-gathering HTML views (instead of using one generic drop-down list view for parameters), and then I will be turning my attention towards the unimplemented classes and skills still on the drawing board. This new flexibility will allow parameters for skills to be gathered any way that I deem fit--perhaps a text input box rather than a drop-down list, with some more-descriptive text accompanying it (and maybe even images!). This sort of mechanic is already implemented with a few different skills and actions, but their HTML must be loaded every time you open the game (rather than on-the-fly when you're using the particular skill/action). It may not mean much right now, but it will open the door for much, much more configurable actions within the game--and do away with the "cookie-cutter" feel that actions and skills currently exhibit.