Hearthlands 0.6.0 has been released and here's the list of some of new things.

Another massive update of Hearthlands has been released! Here's the list of some of the new stuff:

Note: savegames from older versions of Hearthlands are incompatible with 0.6.0.

- Quarry, coal mine, iron mine and gold mine

Those buildings provide you with additional sources of stone, coal, iron ore and gold accordingly and do not require the resource to be present on the map. However, they are quite slow, expensive and require "Mining" technology to be researched at a certain level. 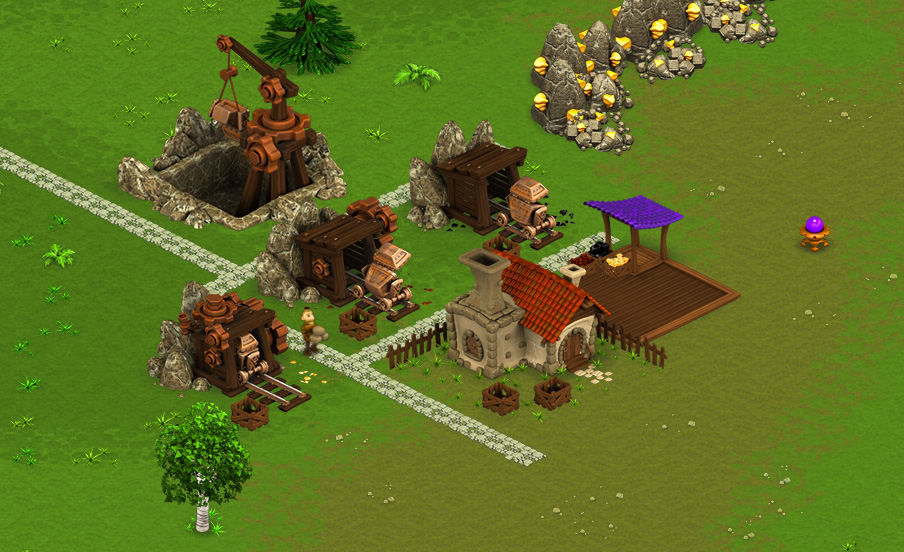 "Mining" has been explained above and "Statecraft" increases the "Improve relations" bonus (see below). Also "Bluff" technology has been fixed (now it actually works).

Each watch tower can train (automatically) one watchman who will protect the surrounding area from hostile creatures. Although watchmen aren't very strong and you can't control them directly, they are a good way to have some protection early on, which doesn't require special resources. If watchman dies, a new one is trained after a while. Watchmen have "Monster Hunter" ability which increased the damage they do to monsters.

As the city grows more and more sewers will appear around it. Sewers will periodically spawn little monsters called boggers who will hunt down your subjects but won't attack buildings. Make sure to have guard tower, watch tower or barracks nearby to protect against them. 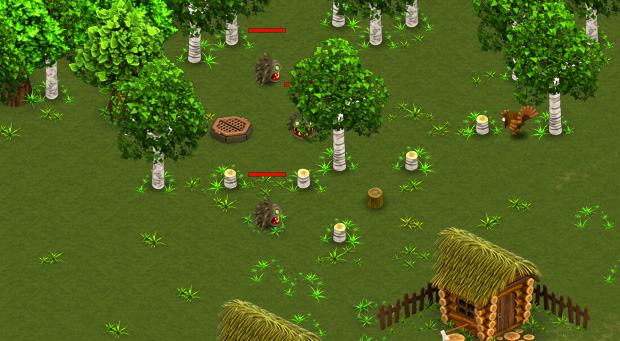 Goblin villages can be generated on the local map. They are neutral at the start, but if you attack one of their buildings the whole village becomes hostile. Also goblin villages may spawn thieves who will try to snatch some resources from one of your storage yards. Killing a goblin thief won't trigger the aggression. Other types of goblins include goblin warriors, goblin crossbowmen and goblin wolfriders. 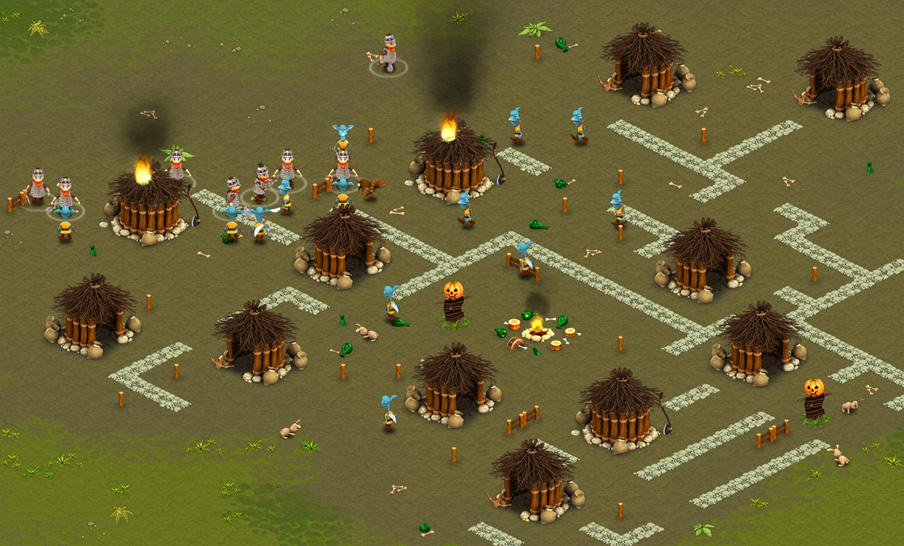 Troll's lairs can be generated on the local map. Trolls are powerful monsters with higher rate of regeneration. 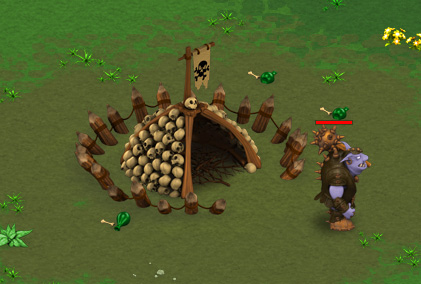 Warlock's tower can be generated on the local map. Warlocks are neural but will become hostile if you attack the tower. Warlocks aren't very strong but rely on their special abilities: Magic Missile (ranged attack, does splash damage) and Blink (if attacked, warlock will teleport randomly within a certain radius, making him harder to kill in melee). 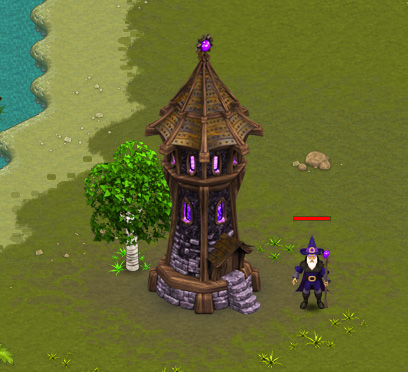 - Graveyards can now be destroyed

If you attack a graveyard it becomes "active" and starts to spawn skeletons. However, now it can be destroyed for some loot.

Apart from normal skeletons, there are skeleton archers, skeleton riders (use giant spiders as mounts) and skeleton reaper, who is a unique boss-like character. 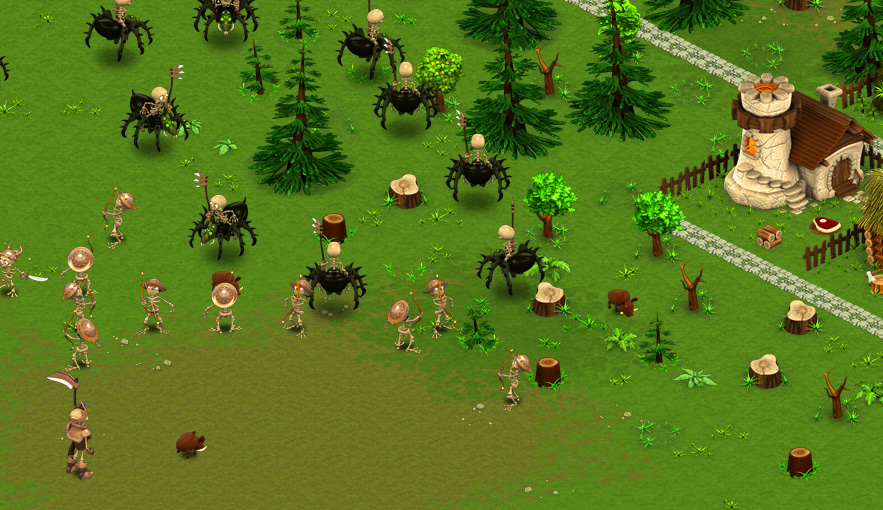 A very powerful unique creature with a devastating Fireball attack (ranged, does splash damage), who may pay you a visit if you've got a lot of money. 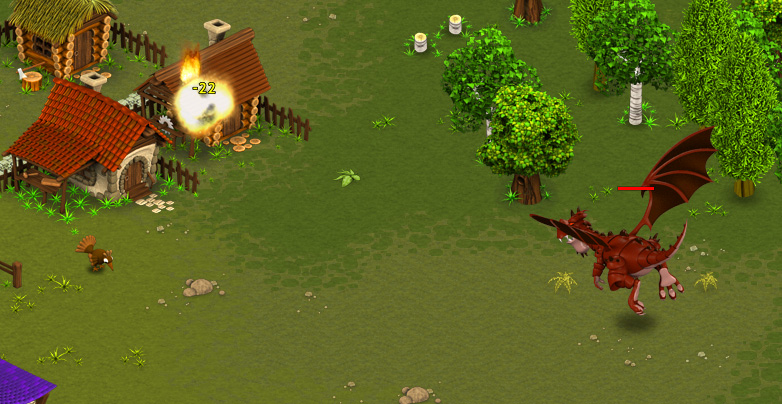 Certain characters and buildings now drop loot when destroyed. Goblin thieves drop the items they've stolen, burglars drop the money and powerful creatures like trolls and warlocks drop items that either give you money (a treasure chest), XP (a knight's grail), fame (a sword in stone), magic points (a magical sphere) or lore points (an ancient book). Treasure needs to be picked up by a squad unit. Some treasure is generated on the local map at the start and most of NPC buildings drop some.

Apart from rival cities there are three new possible locations on the world map: goblin stronghold, dragon's lair and evil fortress. All three of them can be conquered and destroyed and all three of them can launch an invasion on you. Goblins will only attack if you've attacked a goblin village, dragon works alone and undead army is lead by a skeleton reaper. 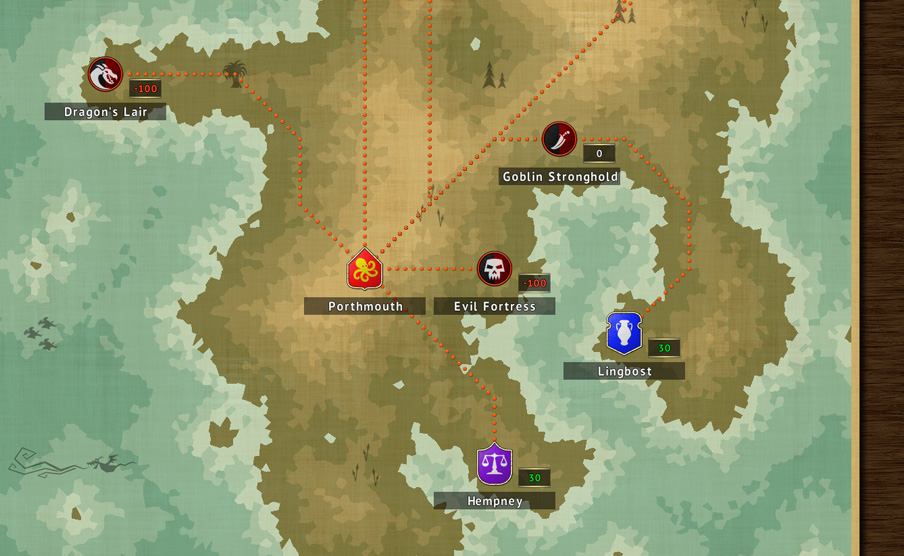 New game settings screen has been changed a bit and now shows the overall difficulty of the setup. You can toggle plague, thieves and burglars, sewers, elementals, special locations, NPCs (all, neutral only or none) and scarce resources. 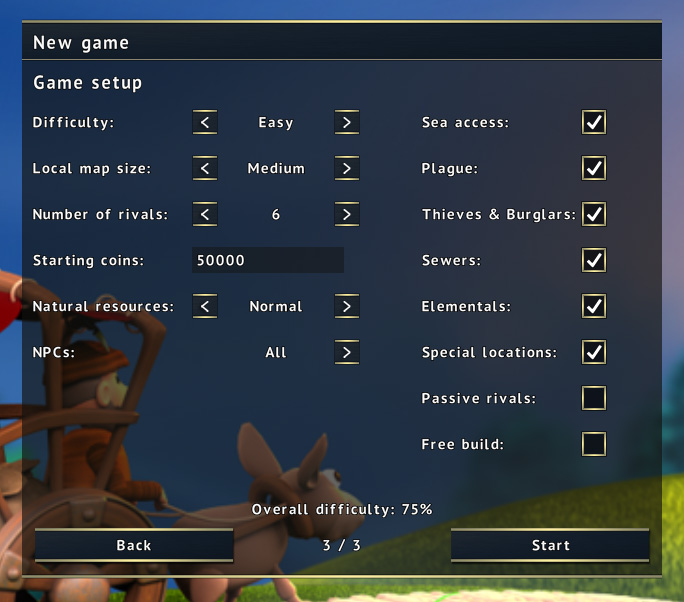 Each culture now has a "biome" associated with it, which defines how the local map looks and what it has. Birch trees, cypress trees and blue pine trees have been added. 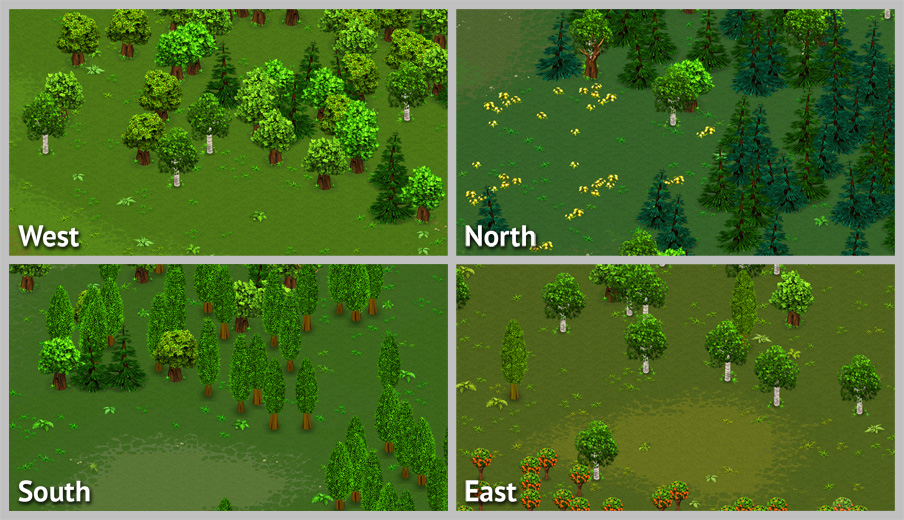 You can now spend fame to temporarily increase relations with a rival. The closer your relations are to a zero, the higher is the gain.

You can now take loans from rivals (as long as their opinion of you isn't negative) with a certain interest rate (depends on the opinion).

Plague can be ended if pharmacist delivers one (full) load of medicine to an infected house.

There's no restriction for construction near hostile units any more, with the exception for invaders.

Burglas can now be killed by watchmen, squad units or guard towers and drop a treasure chest (if they've stolen something).