A first look at the puzzle game of disarray: Incertitude.

Incertitude is a puzzle platformer I created where your main objective is to move the character around (Gilbert) throughout each of the levels trying to get to the blue END block. There are certain easy obstacles you will have to overcome in the first few levels, but as you progress, you will run into more hindrances that will stand in your way, and the puzzles will get harder. The only weapon you have to aid you is the GX-ball. You're able to jump and as you're in the air, you can shoot a GX-ball downwards to destroy (or even create) certain things. 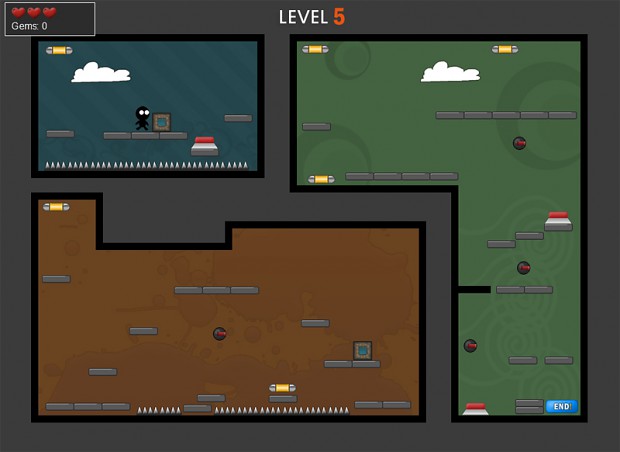 The key game play is listed below:

When you lose all 5 lives, you'll be jumped back one level and you'll also lose 2 of your gems.

As you get farther in the game, more buttons and actions will become available to you, and theyll also be explained to you. So play hard and be careful, there's a reason the game is called Incertitude.

So far I have 7 levels completed and the game is 95% bug free, so i'll be making more levels and adding new gameplay elements in the next few days and ill keep everyone updated with news, images, and videos.

I like your art style very much, and that's important in these puzzle indie games.

thanks a lot man