This week the big news is the arrival of the Rec Rules server on June 30th and the ongoing "Submachine Gun Month." There are a few events this week in fact,

This
week the big news is the arrival of the Rec Rules server on June 30th
and the ongoing "Submachine Gun Month." There are a few events this week
in fact, that take advantage of our month long focus on these deadly
little beauties. Our Item of the Week is all done up in patriotic colors
just in time for the Independence Day holiday, and we take a look at
what your fellow soldiers think of the American Eagle. There's a great
99NX sale, and a new section where we give new recruits a bit of help in
getting acclimated to the battlefield. Check out everything that
happened this week in Combat Arms and always remember that heart disease
is America's number one killer -- but Combat Arms Command is looking to
change that!

Rec Rules
Arrive June 30th!
Starting
June 30th, Combat Arms is
excited to bring you a whole new FPS experience, with Rec Rules(Beta) on the Papa Server! Recreational (Rec) Rules are a brand new set of playing
rules, created to provide you with the less rigorous, leisurely gameplay
that even the most focused soldier occasionally needs.

All month long, participate in Submachine
Gun related events, and take advantage of some once-in-a-lifetime sales!
Keep checking back as Submachine Gun Month sales and events are
released!
Get the details
here


Submachine Gun Master
Are
you a submachine gun master? Think you can get 50 headshots with a
submachine gun by June 28th? Well you better get moving (and shooting)!

Get the details
here

Right before our very own eyes, Combat Arms Facebook
fans have grown to over 75,000! Thank you for being a fan of the game!
Your support keeps us going. As a thank you, we gave away 20 Combat Arms Gamer Kits.
Get the details
here
It's Raining Lead, Hallelujah!
Start spraying those bullets soldier, because if you
get 100 kills with any submachine gun by June 28th, you can get yourself
a Supply Case GIFT-N!

Get the details
here

99NX Sale!
We've got a ton of great items available for
one week only, for the low low price of 99 NX! Get them while you can
because a sale like this doesn't come along that often!

Item of the Week 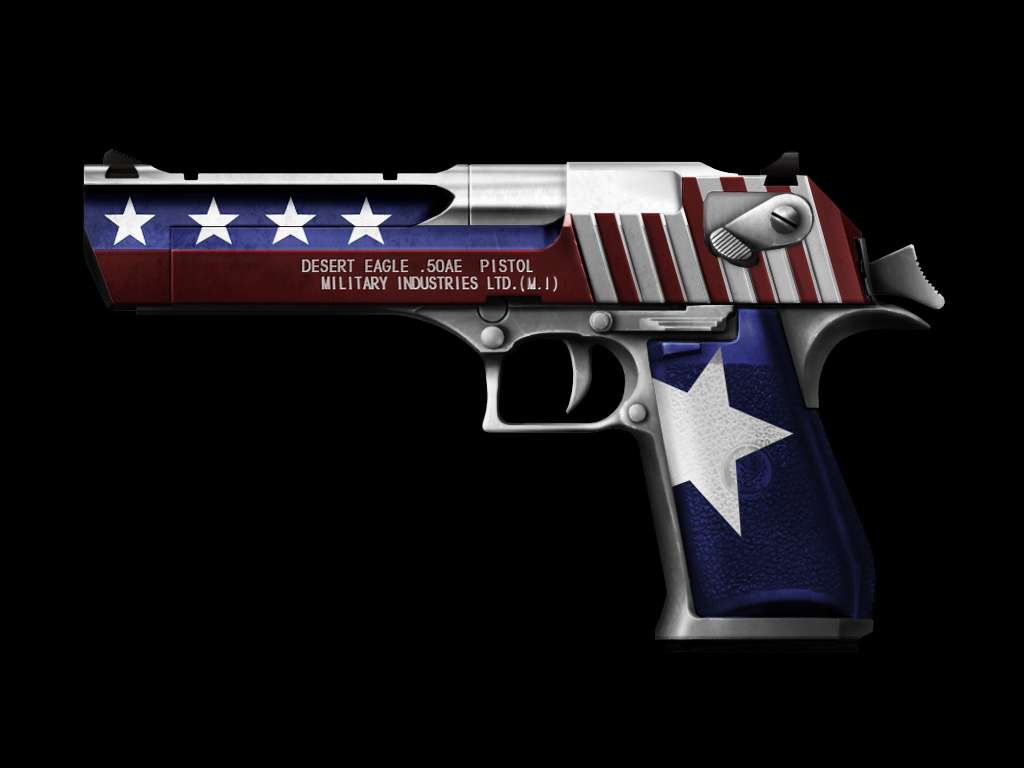 This week’s item of the week is the beautiful American Eagle. The
American Eagle is a patriotic pistol with a Stars and Stripes design. It
will be on sale for a limited time oiver the 4th of July weekend, the
American Eagle is more than just pretty and patriotic; it's one of the
most powerful handguns in the game. Obviously as a pistol, it is a
secondary weapon to be used in specialized scenarios and as a last-ditch
weapon. Given that, however, the American Eagle is popular for its
utility as a close quarters combat weapon in maps such as Junk Flea and
Cold Seed. It's also incredibly useful in "Pistol Only" games. The real
reason to own this baby though, is simply to show your American pride on
the battlefields of the world!

Let’s see what a few of your
fellow Combat Arms players had to say:

"Nice! That is definitely one of the coolest pistols ever!"
– Kyle S.

"That Desert
Eagle is an American beauty. Thanks to you Nexon! You made it come out
in the most amazing way ever! That thing is sick!" - Luis V.

New to Weekly
Briefing? Welcome to basic training, maggot! This is where we direct you
to areas of interest, and give you tips on things that recruits should
really know in order to become effective in the fight faster! This
week's question:
What is Vivox Voice Chat
and how do I use it?
Vivox Voice Chat allows
you to communicate with other players in-game through any standard
3.5mm jack-in or USB headset.

Voice chat is on by default when you log into the game. The first
time you will see (hear) voice chat is in a game lobby. There is no
voice in the server lobby. After the game is launched from the game
lobby, you will have voice in-game. Click #ffba4d ! important;">here for
more information about Vivox Voice Chat.

We
here at Combat Arms are always on the lookout for the best and most well
thought out ideas. We also like silly stuff on occasion. That’s why
when UlrichStern came to us with the idea of an Attack Walrus, we knew
that we were looking at something brilliant.

Check out the
breakdown of what may well be the most terrifying, hardcore and
hilarious addition to Combat Arms that’s never going to happen: The
Walrus

Wow!
You did it! You got us to 75,000 + fans on Facebook and the number
keeps climbing. We can’t thank you enough for the great response to our
Facebook page. If you haven’t joined yet, join today to keep up with the
latest on Combat Arms, take part in some fun activities, win contests
and maybe even get yourself quoted in the Weekly Briefing. Tell your
friends that the Combat Arms Facebook page is the place to be!