101 Ways To Die is a physics based puzzle game with a delightfully gory theme. Its not just about killing... its about killing in style!

Weapons in 101 Ways To Die - Part 2
It’s been a while since our last post – sorry for the dry spell in 101 Ways To Die news. We've been busy making changes to the game based on feedback and wanted to wait until these changes were implemented properly before revealing them.

Back in October, we were lucky enough to be able to show off 101 Ways To Die at Bradford’s National Media Museum and let people get hands-on with the game. You can read more about that on our blog: 101waystodiegame.com

The most important thing we took away from the event was all the great feedback we got from the people who played the game. The feedback was overwhelmingly positive, people really enjoyed killing the Fodder and plastering the levels with blood and gore, however we discovered from watching and talking to people who played the game that many people were having a hard time figuring out how to navigate the Inventory Wheel. We want the puzzles in the game to be about how to kill the Fodder – not how to work the controls! 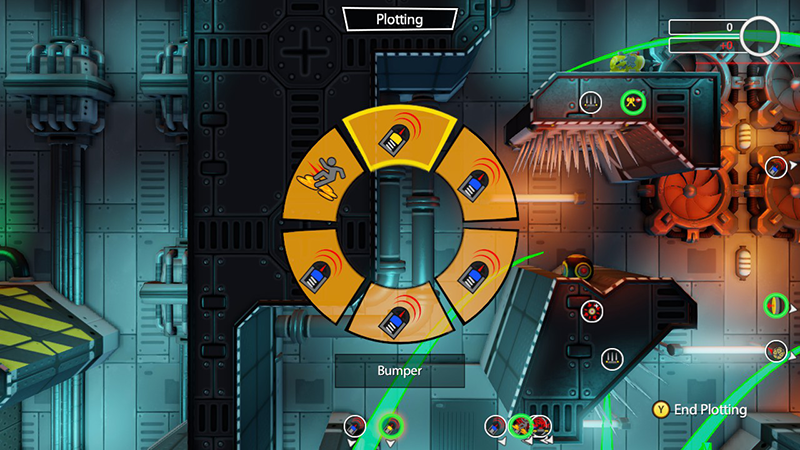 Determined to find a solution, we started designing alternative ways for the inventory to work and making sure our solution fulfilled key criteria for accessibility, function and communicating information to the player. After prototyping 5 or 6 different solutions for the inventory we’ve come up with something that is much easier to understand and navigate.

The new Linear Inventory system will appear at the bottom of the screen rather than in the middle to avoid obscuring the player’s view of the level when placing and manually firing tools.

We found that navigating the Radial Inventory as an ‘arc’ confused a lot of people, so the linear format of the new inventory makes moving between tools much easier to understand. The compromise is that moving between tools in the new Linear Inventory is slower, as you will need to cycle through each tool until you have selected the one you want rather than being able to jump to any tool on the arc as you could previously. 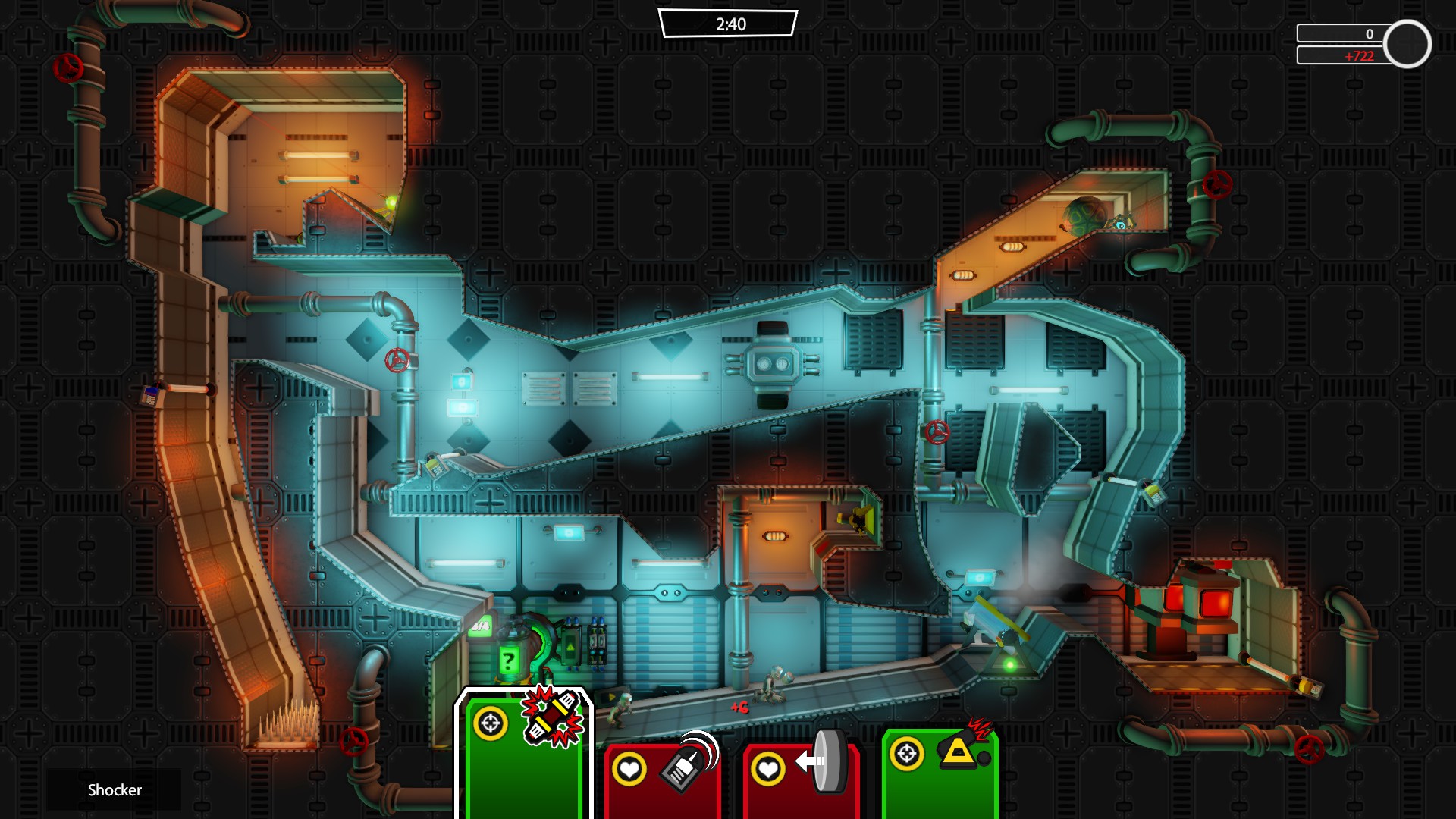 Our new linear inventory system is not 100% final (it mainly needs some visual improvements) but should look very similar to this – tell us what you think.

Back to our weapons – let’s take a look at bumpers, a staple of the 101 Ways To Die tool kit that will help you to redirect the Fodder towards certain death.

Bumpers are spring-loaded devices which knock a Fodder into the air – brilliant for throwing Fodder onto higher platforms or into the path of your deadliest weapons. Bumpers can also be used to affect other tools and props.

Single Use Bumpers are one of two types of Bumpers in 101 Ways To Die. Identifiable by their blue top, these Bumpers will break after one use, meaning that they will only fling one Fodder before breaking and disappearing. This may seem like a limitation, however it can be very useful if you have multiple Bumpers and want to send each Fodder down a different path. This method will often result in more variety in the ways Fodder are killed as well as opening up more Death Recipes and Combos that can be achieved (and perhaps even a higher score). 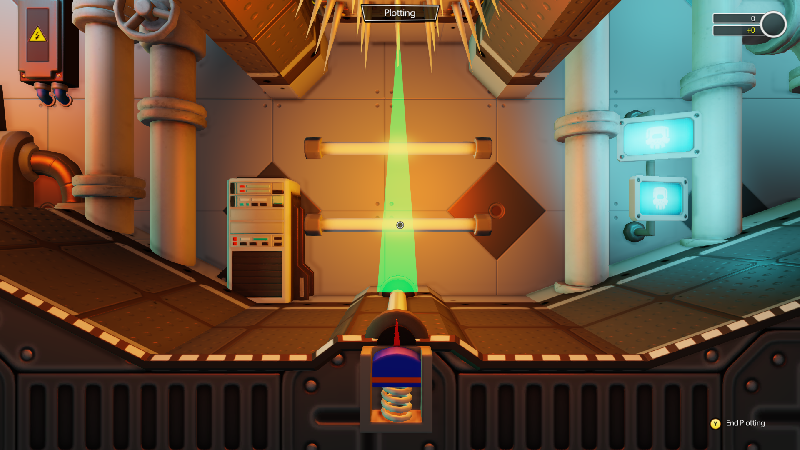 Multi Use Bumpers can be identified by their yellow tops, and differ from Single Use Bumpers as they can be used five times before breaking. These are useful for flinging multiple Fodder or tools down the same path. 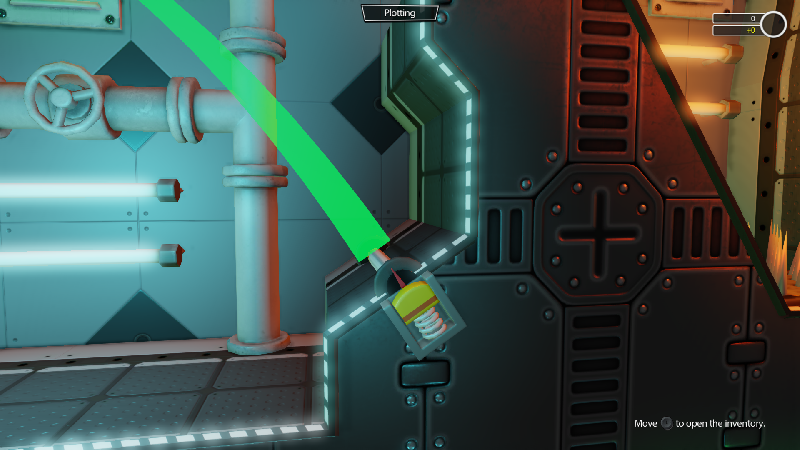 We hope you’re looking forward to reading part 3 of our weapons rundown, and if you missed out on part 1, you can find it here.

If you want to see more screenshots and GIFs of these weapons in action (and maybe some sneak peaks at the weapons to come in part 3 and beyond) please check out our website and social media pages which are regularly updated with cool new stuff.

Oh this looks so sweet.