So it has been a while since I worked on The Million Character Game... One year?
Despite my last attempt to giving the game a return with the Haunted Special livestream ending up as a failure, I did want to try once more to work on the game one last time.

I had this idea, that maybe I was keeping all the juicy fun of making a mashup game to myself.
So I went to 4chan and made a thread on the Pokémon board, asking people to draw characters themselves. Even though the first half hour of the thread was a ghost town, people began to appear on it and they started posting their characters.

I could say that the thing was booming because we had to make 3 threads since the other 2 of them went to image limit and I think it could have gone further if I had not stopped it because they all posted over 300 characters in a single day! Thank you very much mates, thank you so much.

Sadly, I could not add all the characters you all made. I mean, I will add them, they are queued, but I wanted to put more into the newest version than just characters, I wanted to add a couple new features and fix a lot of bugs. At least I managed to add enough characters so the list is exactly 180. 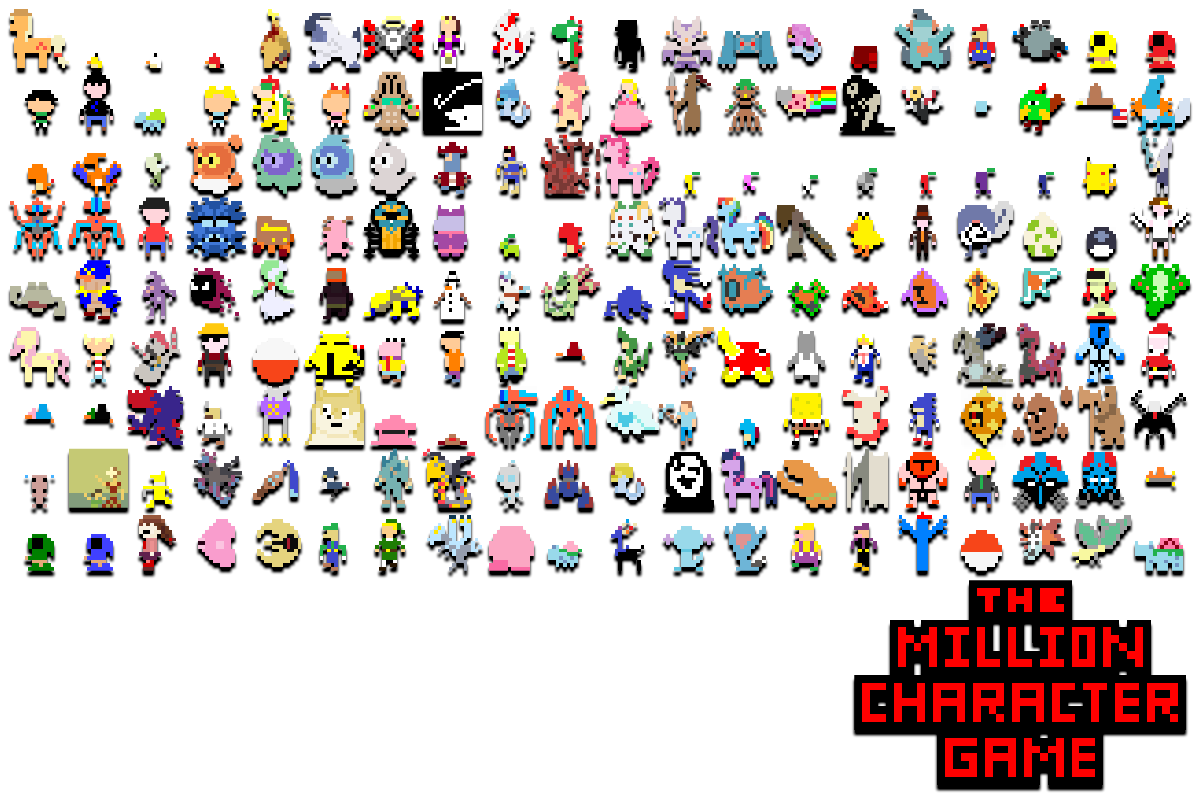 Can you guess who they all are?

Next up, since a lot of people disliked the first stage (which I called "Origin", because y'know, it's the first stage...) I added a new one, the "Cage". 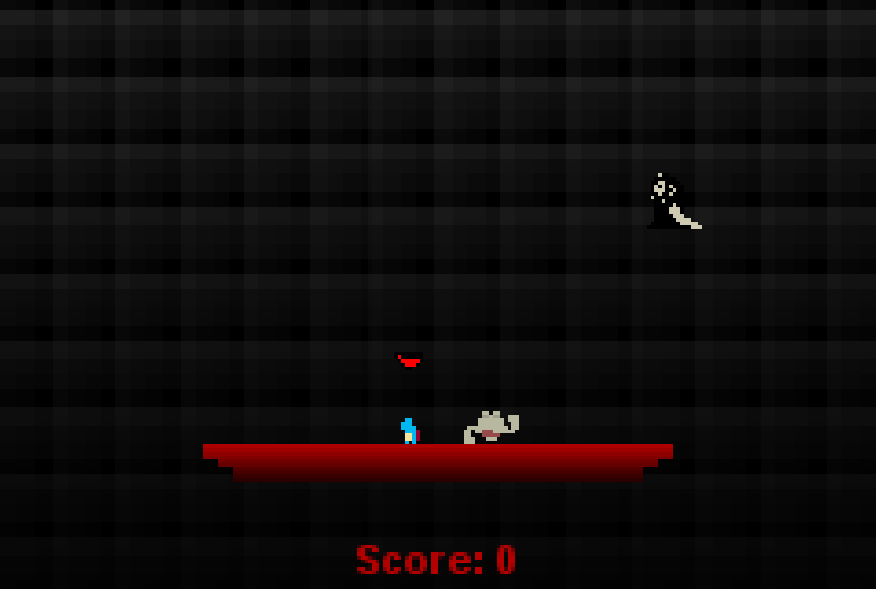 As you can see, it has only one platform for truly balanced gameplay. That's it about the Cage, it only has the background moving and that's all. I can honestly say that the Cage is notably harder than the Origin, so give it a try.

Ah yes, I added a score system, and no, it is not defined by how much enemies you beat, it is by how many Bit Drops you get. Whenever you kill an enemy, it drops a Bit Drop, go get it to score.

I am a mexican (taco, burrito, arriba, arriba, muuuuuyyy picante!) and I know Piñatas very well. At least where I'm from we don't have the typical star-shaped or burro-shaped piñatas you may or not know, instead we have piñatas shaped as kids' show characters.

We beat the whole thing out of these things with a stick, and when it breaks it drops candy. When the candy gets on the floor, every kid jumps to where they are to pick them up and it becomes hell (seriously, watch this). You have to make your way through the other bunch of kids to get the candy from the floor.... Just like in the game!

I also added something to appear when you die. When your character dies, a tomb appears where it last standed and the game tells you who you were and who killed you: 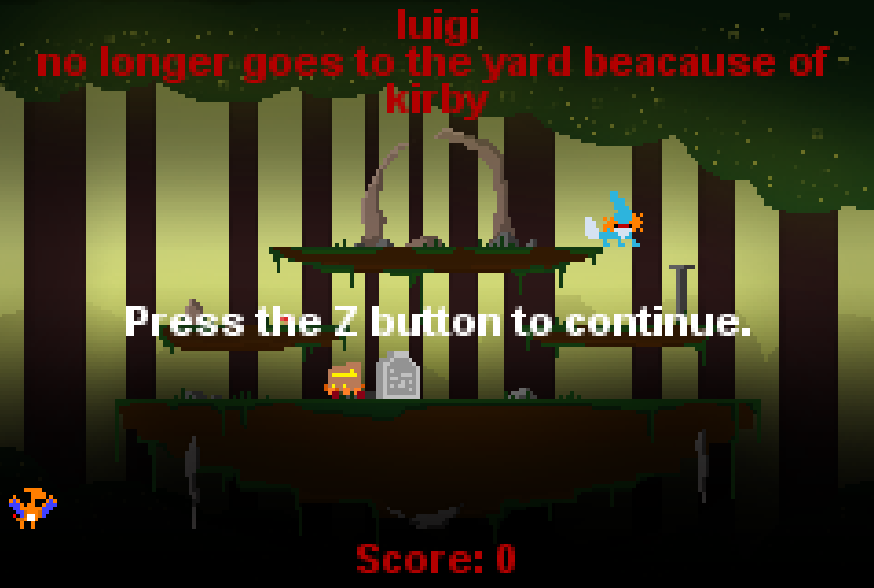 I also fixed dozens of bothering bugs and that's basically it to the game's update.

I wanted to say thanks again to everyone who supported with the new characters, it really means too much for me to know that there's people who actually enjoy this game. I will be making new updates with new characters and features as time goes on. Oh, also thanks for reading all this.

I wanted to say thanks again to everyone who supported with the new characters, it really means too much for me to know that there's people who actually enjoy this game. I will be making new updates with new characters and features as time goes on. Oh, also thanks for reading all this.

Before you put it in the game, just letting you know that you misspelled Haxorus.

Thanks! I'll check on that.

Tfw I made some of the sprites.

The point is to get as much people involved in the game.
That's the fun part. Thanks for your cooperation, mate!

This is a fun and addictive game that has a lot of potential, great job TheGreenTie! Keep up the good work!

Thanks a lot! I'll try to do my best.

But if we limit ourselves to only characters, wouldn't it be impossible to do 1 million?

It would be kinda dull to expect that sometime we could get to a literal 1 million characters. I named the game like that to give it an exciting name.
But if you want a more viable or logical reason, you could say that there are millions of characters (not necesarily different) that are spawning around the game.... Maybe?