So what have we done? It's an app that definitely will save some lifes. Or someone's health. Or at least will protect some faces from shrines. You may ask (if you care): How? We are transferring a fight from reality into the smartphone. That's how! He is smart. He is able to cope with it!

With the help of «Wanna Fight» you can create a virtual clone of your body who will have your physical characteristics. This digital clone would be able to fight against the same clones of other users.

To create a clone, you need to enter your weight, height and muscle strength (number of pull- ups) - based on this data the application will determine health, endurance and one of the fourteen types of physique for the clone. After that, you will be able to call the opponent for fight. Before each fight, the opponents determine their punch speed to calculate punch power using the phone accelerometer. You need to take the phone in the hand and to punch as quickly as possible after a signal. After this measurement, «Wanna Fight» will simulate an animated fight of your clones. Unfortunately, it is impossible to assess the courage of opponents, moral-willed qualities and experience in martial arts, so the result of the fight should be regarded only from the point of view of physical parameters. 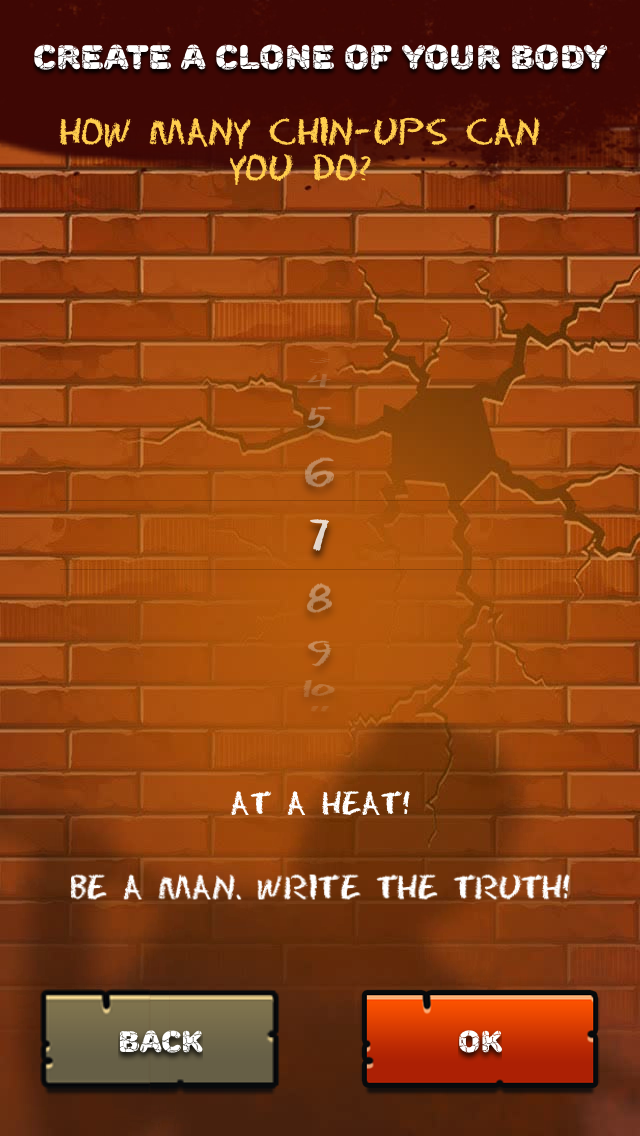 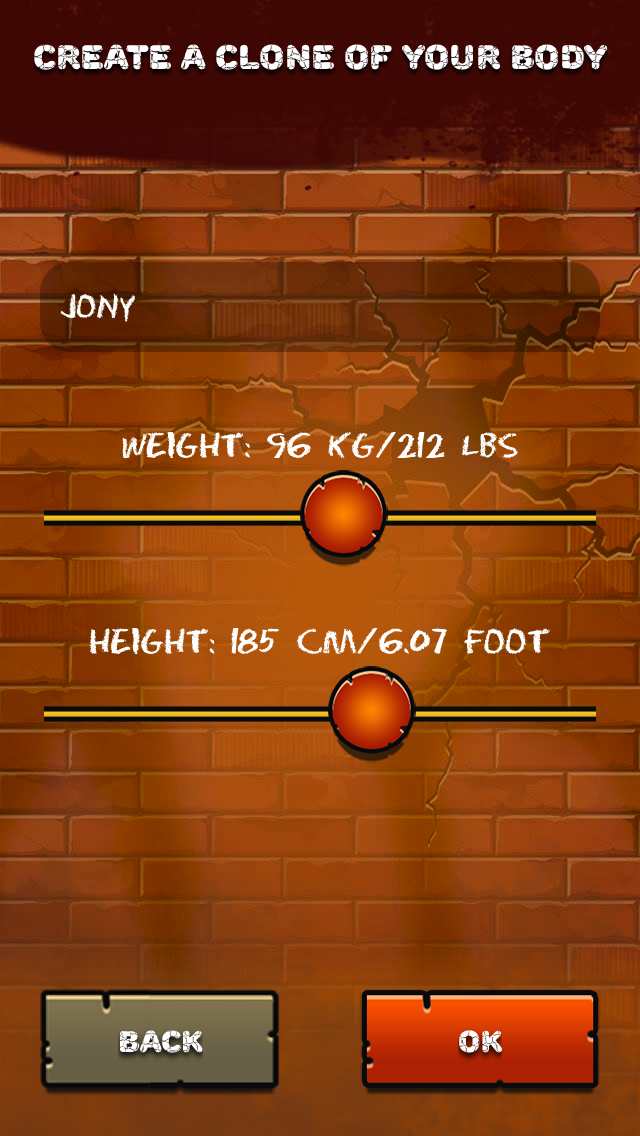 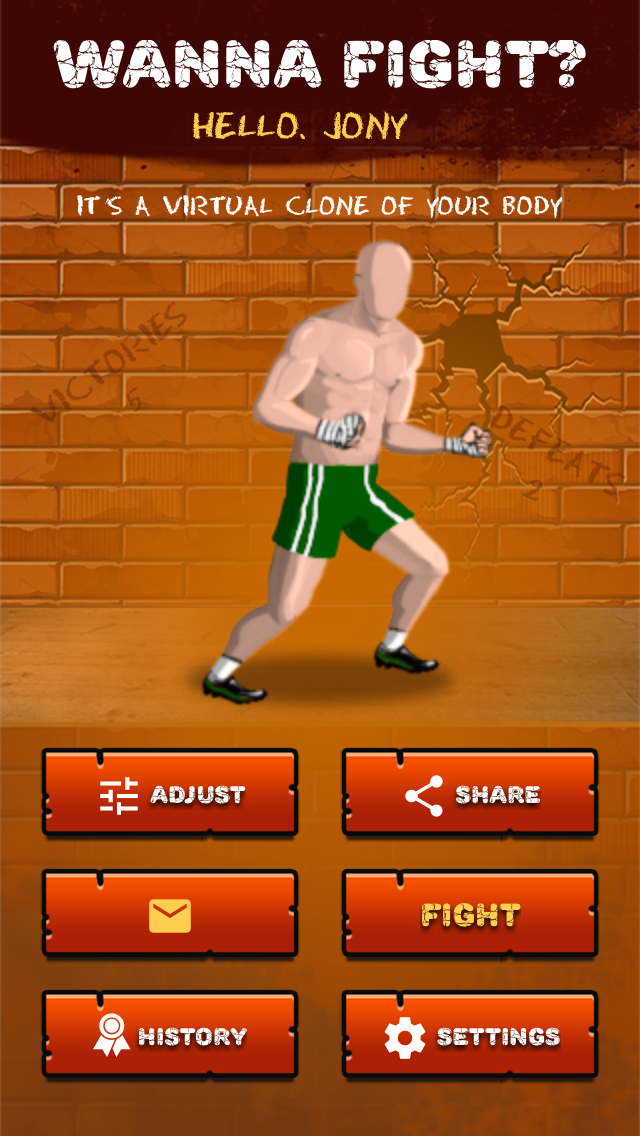 To find out the relationship virtually with a certain person you can enter his nickname in the search field. You can also challenge friends from your contact list. If you do not care whom to fight against and the fists are still itching - you can find a suitable opponent in your weight category. 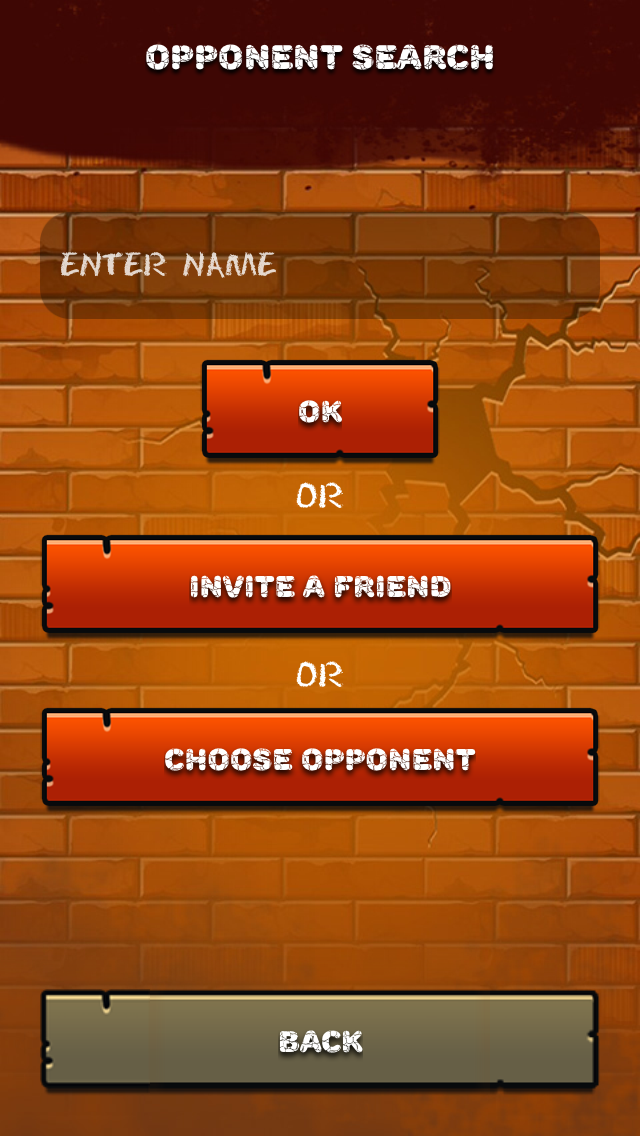 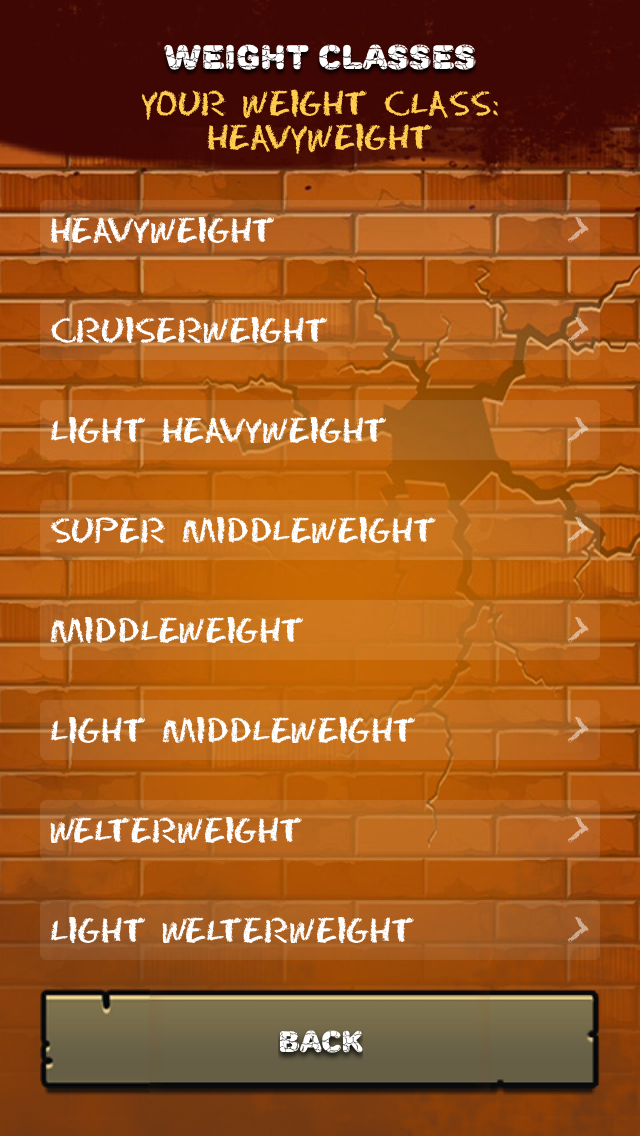 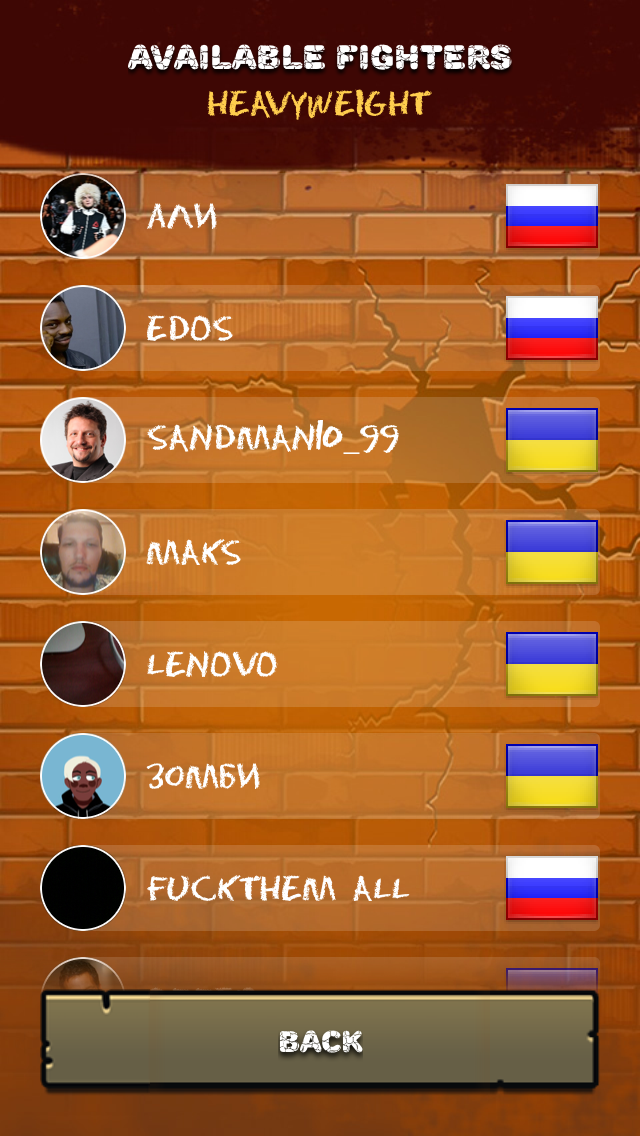 WHAT IS «WANNA FIGHT» FOR?

How often do you have a desire to fight with someone? Let’s be honest: in some situations fists clench by themselves. However, usually something stops us. Everyone understands: when you get into a fight - be ready to take a response, and some people hesitate to have a face painted with shiners for a week. In addition, fights are dangerous for health, unless you are the main character of an action movie. These cannot be killed even with a shovel. Besides, fights are not always legal. And what if someone is wrong again in the Internet? Who wants to go with punitive expeditions by IP addresses? Sometimes it's just a pity to beat someone, although it might be worth it. After all, everyone has a "friend" who talks too much, but beating him is not acceptable. Friends, you know. Now you can forget about all these restrictions because you have «Wanna Fight»! Our application allows you to start an exciting scuffle with anyone at any time of the day without any problems and consequences! 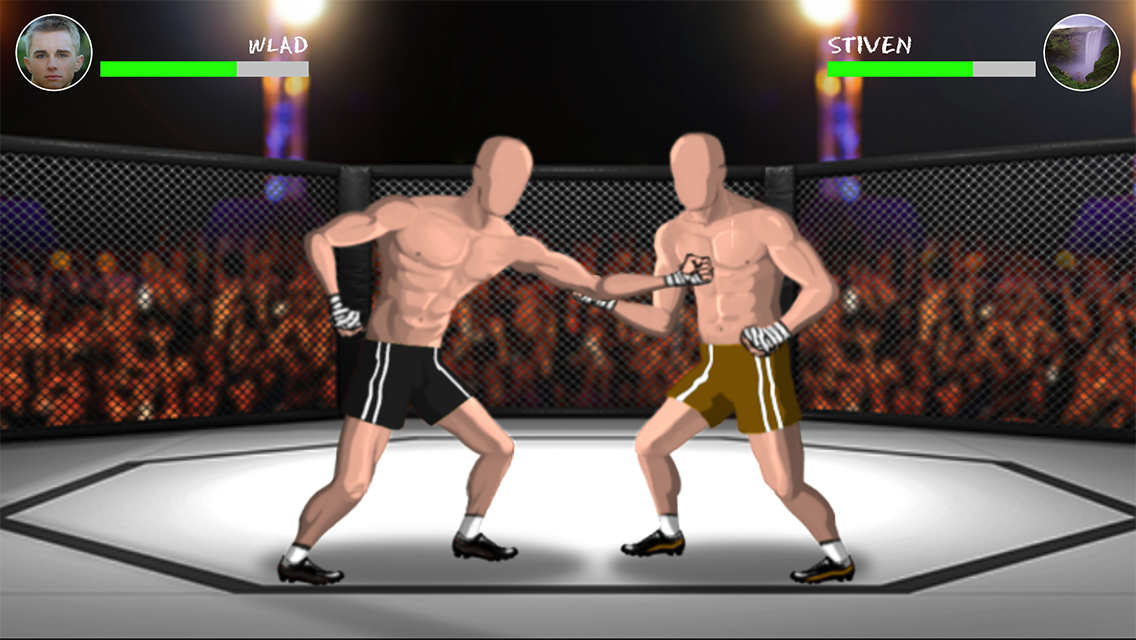 - Control of the battle: you can choose the areas of the opponent’s body that you want to hit and areas of your body you want to cover with block when he attacks.
- Transfer of the user's face from his photo to the face of his virtual clone.
- Creation and participation in knockout tournaments.
- Various skins for clones (costumes and accessories), as well as animation of combat choreography (capoeira style, drunk master style, etc.), so that the fights become much more cheerful and diverse.

Once an incredible phenomenon happened in the social network: two guys tried to prove absolutely different points of view to each other! Rational arguments smoothly flowed into insults and then into threats. A text fight with horrific verbal fatalities began. For some reason, I wanted to help them to find out the relationship so I suddenly got into their skirmish. I asked if they wanted to find out who would have won in that fight, if it could happen in reality. The guys showed enthusiasm and agreed to help me with all the assistance. The decision was simple: each of them sent me a personal message with his height, weight and muscle strength - the number of pull-ups he can do at once. After some simple calculations it turned out that one of the disputants appeared to be much bigger in size than the other one. I explained them that if we assess a fight just in terms of a purely physical aspect - one of them unconditionally turned out to be stronger. It is worth saying that no one protested against such a result. On the contrary, the opponents agreed that it was quite fair and, as far as I know, later even became friends. So the idea came to create a unique mobile application that allows you to transfer the fight from the real world to the virtual one.