Played the demo of Wanderlust: Rebirth and wanted to know what was coming next? Read on!

A lot of things have changed since the release of the demo (for those of you who haven't checked it out yet, grab it here ), here is a list of some of the things changed from the demo to the full game: 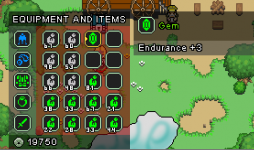 Now enemies/bosses drop GEMS. These gems can be sold for some extra bonus tokens or be used to augment your equipment with extra/different powers. The color of the gem determines which socket it replaces in your items. 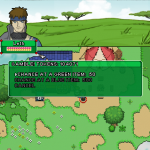 You can now gamble in-game as a way to spend some of your hard-earned tokens. Gambling can give you awards ranging from white ingredients to pre-crafted blue items and blue gems. 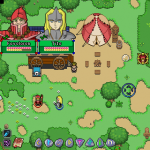 This is actually completely optional as a feature; if you're used to the old way the game is played (in the demo) then you can continue casting one spell at a time if you wish. However, while your Rune Menu is up you can hotkey a secondary spell. While in the game, these spells will alternate each time you cast.

Back-Stabbing
Melee Characters (Fighter, Healer, Alchemist) can now back-stab enemies. Basically, if you hit an enemy in the back, you will have a 75% chance critical hit them (Alchemist has 100% chance).

Improved Elementalist Spellcasting
Elementalists can now CRITICAL HIT enemies like other classes by hitting the creature with the type of spell they are most weak against. Additionally, if you hit enemies while their status is weakened (i.e. hit someone who is on fire with ICE) then you can also critical. This tactic is useful to consider when teaming up with other Elementalists, and even when you are setting your two alternating hotkeys. 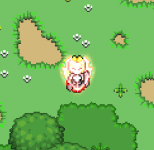 Holy Shield is an instantaneous effect spell which makes all players and allies INVULNERABLE for a brief period of time. This type of mechanic provides the Healer with more "timing-based" gameplay, as she can even save player lives by putting up a shield just before they are struck with a deadly blow. The Fighter automatically counters enemy attacks while behind the shield, as well. 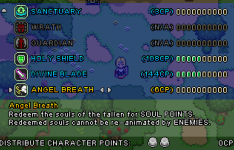 This spell no longer provides players with an SP bonus. Instead, it is a passive skill (which removes it from needing to be put amongst your 6 hotkeys) that redeems the souls of fallen enemies for SOUL POINTS. Additionally, redeemed enemies cannot be resurrected by their allies (some enemies have this ability later in the game). This secondary effect keeps your team from being bombarded with enemy summons.

Wrath
Wrath works the same but is FAR MORE EFFECTIVE. 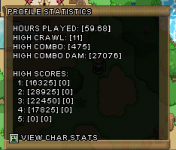 This menu provides you with information such as: Hours Played, High Scores for each chapter (for each difficulty), Highest Combo, Highest Damage in one attack, HP, SP and Resistance values.

THE CRAWL
The Crawl (because of the now 44 different enemies) is EXTREMELY DIFFICULT; Just getting to Level 5 is a worthy goal.

Here goes the current work log on things that need to get done, we are fairly happy with the progress the game is making, and all that is left is content and content, no more engine coding!

As you can see, we just recently finished all of the monsters for the final game, that is a huge step towards completing Wanderlust. The crawl has a lot more variety and is way harder than it was in the demo because of these additions. Up next will be coding the cinemas and chapters, which hopefully won't take too long. I will keep you guys notified, and slip some images your way!

While you wait, I added some new images to our gallery, some being images only from the beta version of the game! Enjoy! 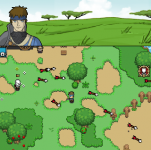 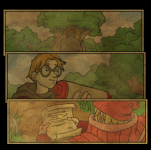 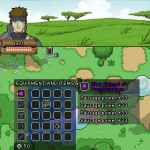 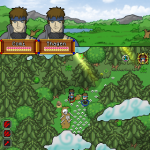