This version of the mod include a new tool called D2Dreamland. This tool is still in beta stage, and, as such, still have some bugs in it. The list of know bug related to this tool is avaible at the end of this news. If you find any bug that could be related, please report thems here or on the mod foruù, so they can he fixed in a future update. Thanks you for understanding.

The main features of this version are :

1. It's time to complete your adventure!
Prepare to complete your journey in a completely new act! Act 5 will be added and many surprises are waiting for you. Will you be brave enought to enter the Realm of Shadows ? 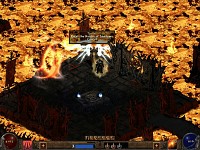 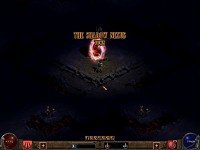 2. More weapons!
Version 5.00 introduce a new weapon type : the polearm. Polearms are two-handed weapons that have a high damage output and can hit foes while staying far from thems. Their damage is a bit more random than other two-handed weapons, but they have a decent attack speed to compensate. You will also be able to craft thems or buy thems at vendors, and act 2 hirelings can use thems! Lastly, 10 new runewords that work on polearms are also added. 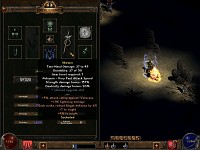 3. A quiver to rule thems all
Bolts and arrows are both removed from the game, and replaced by quivers. Quivers can be used with all missile weapons such as bows, crossbows and hand crossbows. They can spawn as normal magic and rare, now have an upgrade slot, and the legend even tell that some unique quivers could be discovered. 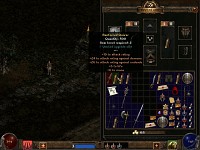 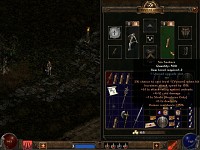 5. Gems rework
Gems are going to get a massive boost to make thems more interesting. Each gem will improve a specific stat, and the better the gem is, the more it improve the stat. You will also be able to put gems in any items, and not only some as it was the case before. This make gems dust and jewels obsolete, and as such, they have been removed from the game. Lastly, gems drops will be more accruately related to the area you are while you drop a gem.

6. A new shrine system
In this version, the shrine system will be completely redesigned. There is now way more shrines than before, but you never know what bonus you are going to get before using a shrine. Also, some shrines are more powerfull than other and givee you a super bonus for a short time. But beware ! Some shrines are cursed and will weak you instead. 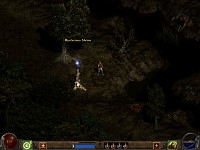 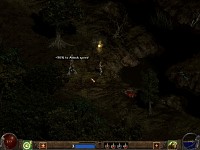 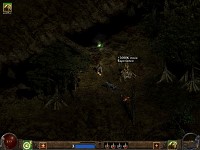 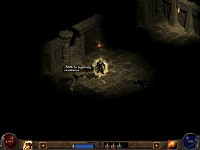 Gameplay
* Characters no longer have stamina. They can run as long as they want
* Stamina-related properties no longer spawn on items
* When a character gain a level, a small animation is now played

World
* Players can now enter act 5
* Reduced monster population in 'River of flame' types areas by 17%
* Reduced monster population in 'Arcane sanctuary' types areas by 17%
* Shrines and other objects no longer spawn in End-act boss areas
* Replaced existing shrines with a larger set of new ones
* All shrines now appear as 'Mysterious Shrine' until you click on thems to get their effect. It is then revealed, being good or bad
* Reworked the way shrines are added to areas of the game. There is now 30% chance to get a Recharge shrine, 40% chance to get a buff shrine, 20% chance to get a improved buff shrine, and 10% chance to get a cursed shrine
* Added a small light radius around many NPC's to see thems better in dark areas

UI
* The character stats screen has been rearanged :
- Removed stamina
- Level is now displayed on top of experience value
- Crafting and Stat points remaining values have been switched
- Life, mana and defense values have been grouped together
- Mousehower for defense value has been fixed
* The experience bar is now gold instead of white
* Removed the stamina bar
* Fame bar is now larger and is blue. Mousehover has been improved to see current fame more easily
* Current values of life and mana are now shown on the corresponding orbs

Note :
- All gems found before updating to this version will not have any properties on them anymore. You can sell thems, or combine 3 of them to get a higher quality gem AFTER updating to have a gem with stats on it.
- All existing crafting plans are automatically updated to the new ones that only requires 1 Page of Blacksmithing.
- Bolts are no longer used. You can sell them before or after updating.
- Remove any gem dust and plans related to gems dusts and jewels before updating, else your character will be corrupted after updating.

Know bugs related to D2Dreamland tool :
- Under 1280*768 resolution, clicking on the New skills button when the character screen is opened dosen't work.
- The fame bar dosen't completely fill up even if you reached your current max fame. Mousehovering the bar still show the correct value.
- Some background effects like stars in act 4 are missing.
- When mousehovering your belt, the 1st row is not displayed correctly but potions are.

Thank you very much for this. Everything is great. Even the Stamina bar removal is great. Thank you!

Awasome gonna play from the start again :D, like a ladder season xD