Two vehicles have been completed and two are very near to completion. There is currently one vehicle for each faction. They are as follows: 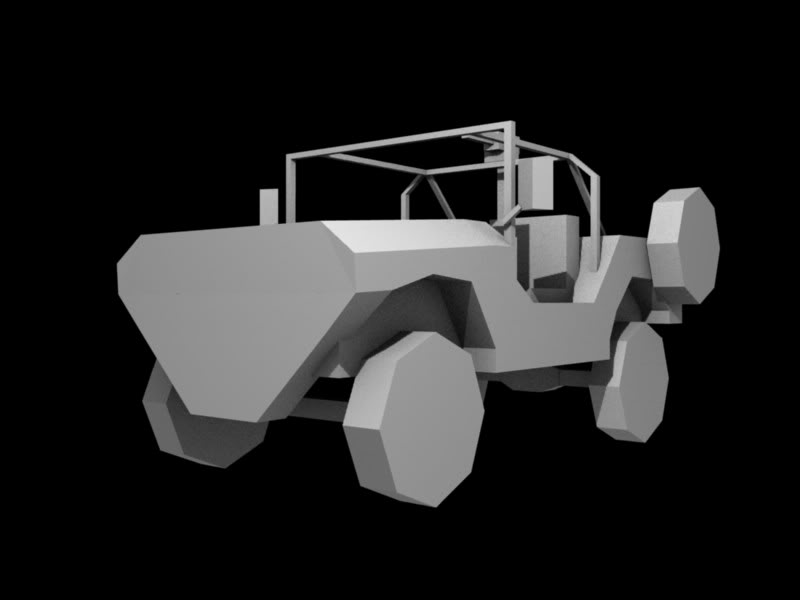 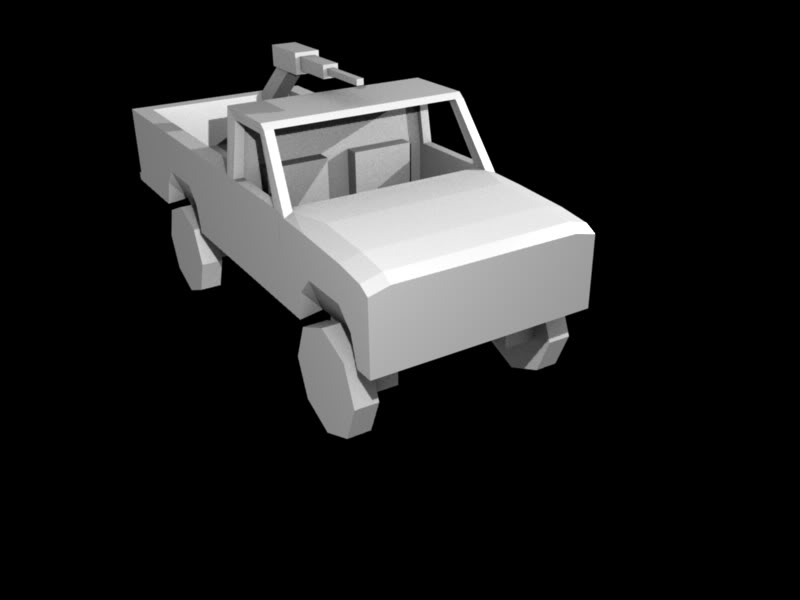 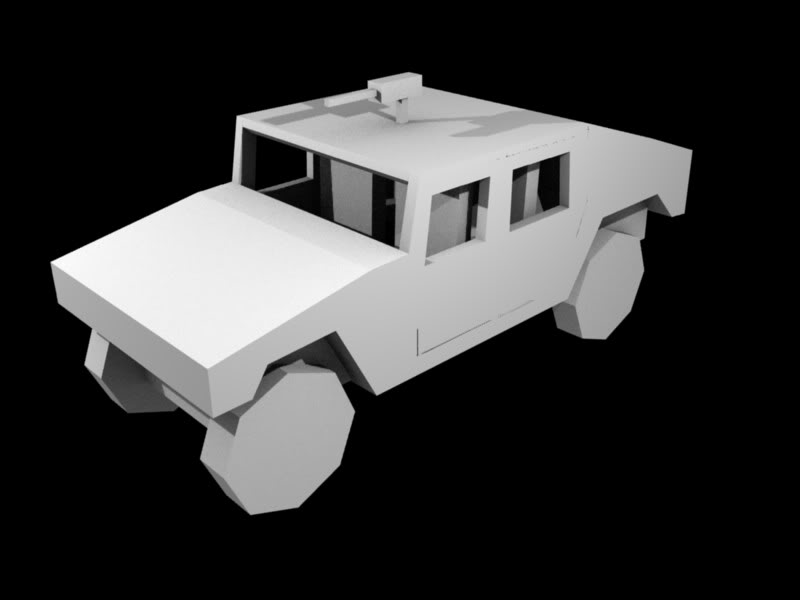 Poly Count: 624
Requires a hole in the roof for the gunman to stand in. 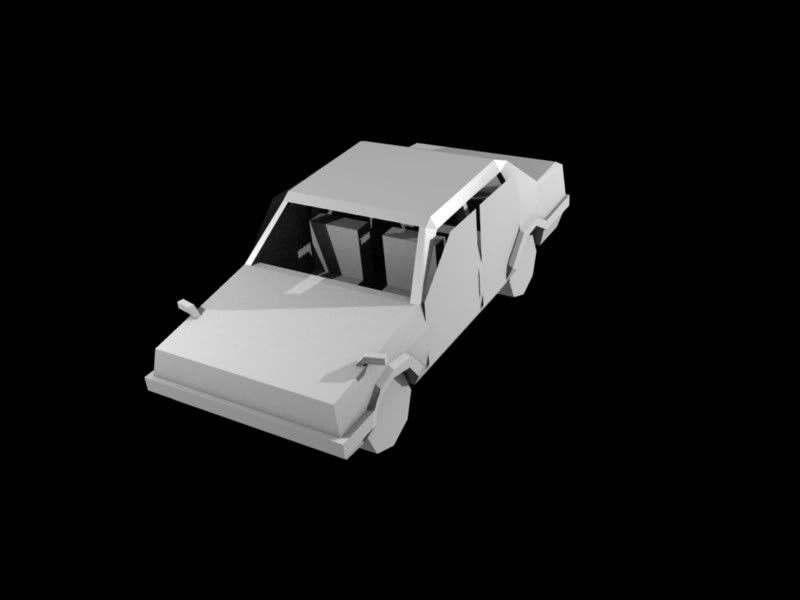 Poly count: 762
Requires further shaping of the doors.
The mirrors are in the correct place, though they may not look like it. They are in the exact position of the civilian car in Mercenaries: Playground of Destruction.

good to see your still workig on this