Watch out Super Meat Boy fans, Team Fruits & Veggies is on its way

WARNING: Organic Panic is not a political satire or commentary on modern society, simply a great game with a funny back-story and cute characters. Thanks for taking this in mind before you comment.

The Super Meat Boy team had the last laugh after PETA created a poor parody of their game, called Super Tofu Boy. In the latest PC version of the original, players are able to access a special character, Tofu Boy, who because of a suspected iron deficiency is the weakest character in the game. PETA has attempted to cite vegan professional arm wrestler Rob Bigwood and vegetarian mixed martial artist Jake Shields as signs of strength, but the claims fall on deaf ears. 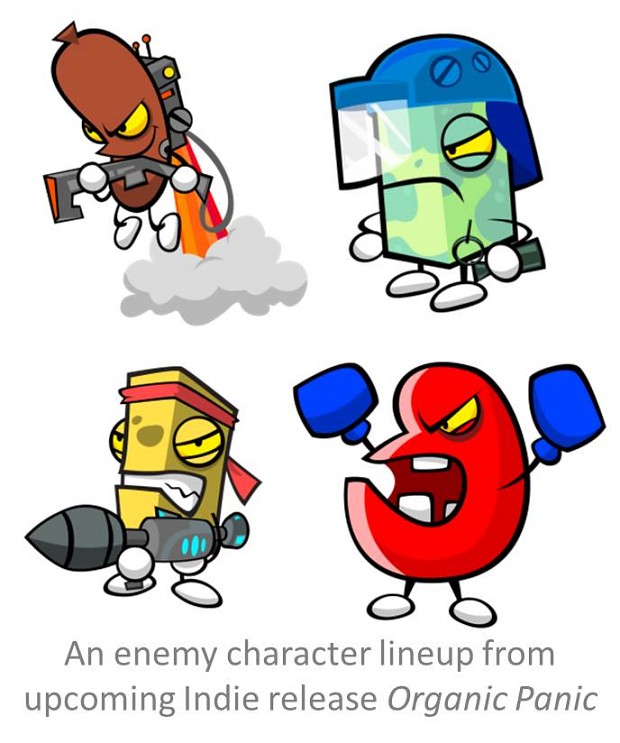 Well the pollotarian, pescetarian, vegetarian and vegan communities need no longer hang their heads in shame, because Indie title Organic Panic is expected to be a hit. In this 2.5D puzzle platformer, a cute team of fruits and vegetables are led by an apple as they battle to restore order to their world. The enemy: their former friends, meats and cheese, who have been corrupted by technology.

In Last Limb Games' upcoming release, players help defeat Meat & Cheese's grip on the world by using a few neat physics tricks and some special abilities. All in-game elements are reactionary and interactionary, allowing players to tunnel through the earth, drown enemies in water, or knock down barriers, making each player's experience unique. What really seperates Organic Panic from the rest of the pack is the game's beautiful display of flowing liquids. Check out other screen shots here.

With over 100 beautifully crafted levels, including co-op game play options, Organic Panic does not disappoint. An awesome level editor comes standard and perhaps what is more impressive is that each level of the game was developed using the editor, providing players with an Indie developer experience all their own. 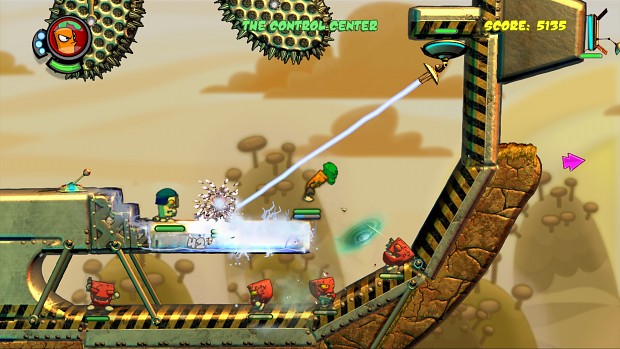 The Last Limb Games development team (which includes a former vegetarian) hopes to create a community where user generated levels are shared and rated. And there are already plenty of users anticipating Organic Panic's release; it won Game of the Month at the NYC Games Forum.


A Kickstarter campaign was created in order to help bring Team Fruit & Vegetables to their full might. Kickstarter.com Prizes include a limited edition print comic that draws out the video games storyline, the opportunity to help design a character and of course t-shirts.

Make sure to track the development process by becoming a fan of Organic Panic on Facebook. The development team can be contacted via email at: info@lastlimb.com

Oh my god this game looks so fun plus I'm vegan hahaha thi is perfect for me,can I get on the copies I make review for you guys Youtube.com

Betas are only currently available for Xbox developer kits, email us info@lastlimb.com for more info.