The Vanyar, also called the Fair Elves, Light-elves, and 'Spear-elves', were the first and smallest of the Kindreds of the Eldar. Under the leadership of Ingwë, the Vanyar were the first to set forth on the Great Journey and the first to reach the shores of Belegaer; they sailed to Aman on the first voyage of Tol Eressëa and remained there permanently. 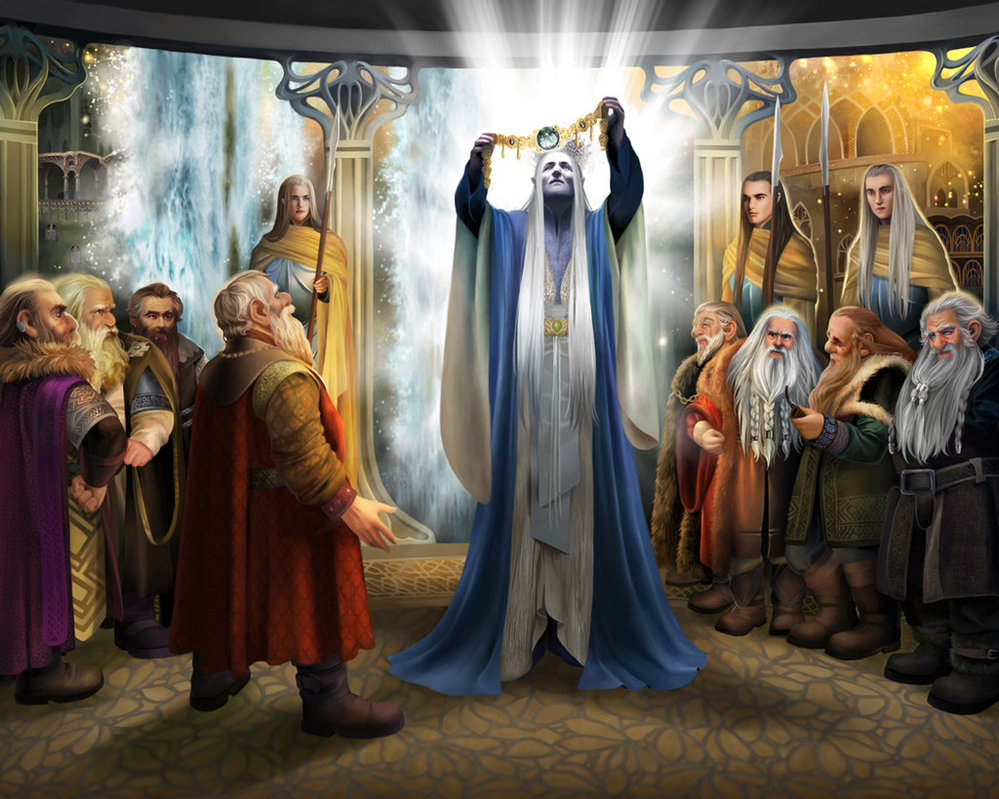 The Vanyar are the fairest of all the elves hence their name: the Fair Elves. Unlike the others who were attracted to the sea or the building and forging of things, the Vanyar culture seemed to revolve about Valar andValinor. This is probably the reason why they choose to stay in Valinor proper centered around Taniquetil, the seat of the rulers of Arda, and loved the light of Valinor best of all the other places in Aman and the wisdom of the Valar, and why they were favored by Manwë and Vardaand always distrusted Melkor. They are known to have had the greatest skill in poetry of all the Elves, likened to Manwë who loves them for it. Their hair colour was golden and their banners white.

Vanyar are descendants of Imin, the first Elf to awake at Cuiviénen, his wife Iminyë, and six other pairs of Elves who were awoken by them. Imin's companions, Tata and Enel, later awoke groups of nine and twelve pairs respectively, and Imin decided that since his group was now the smallest and each group that he and his companions discovered was larger than the last, he would now choose third rather than first in order to make up the numbers. However, only a further two groups were discovered, leaving Imin's group of fourteen by far the smallest of the three Elven clans.

When the Elves were discovered by Oromë, each clan chose an ambassador to return with him to Valinor to verify his claims of its greatness. The Minyar (Imin's companions) sent Ingwë. Upon his return, his people were swayed by his testimony and adopted him as their king (appropriate, as the name Ingwë means chieftain in Quenya), and he led them with Oromë to Aman. Ingwë has since been reckoned the High King of all Elves, and became known as Ingwë Ingweron, the "Chief of Chieftains", and his people were known by the rest of the Eldar as the Vanyar. In Aman the Vanyar first dwelt in Tirion. Later, they came to love the full light of the Trees and wandered into Valinor or settled on Taniquetil. He dwells with them on the slopes of Taniquetil, beneath the halls of Manwë. 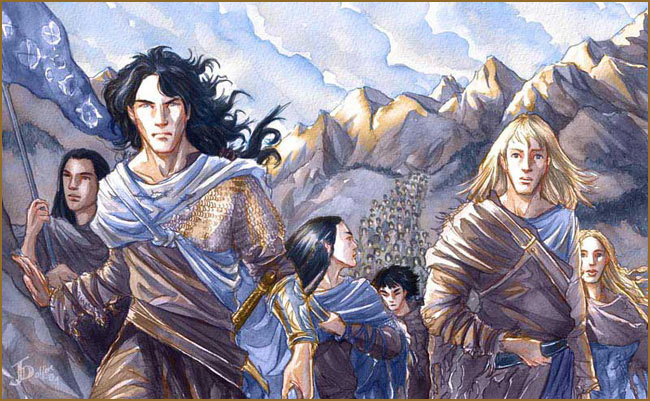 After arriving in Aman, the Vanyar were rarely seen even by other Elves. Very few individual Vanyar are named besidesImin, Ingwë, his sister (or possibly niece) Indis, and Amarië, who was in love with Finrod Felagund.

☀, Indis, the second wife of Finwë, the High King of the Ñoldor and the mother of both Fingolfin and Finarfin, the latter of which founded the only house of Noldorin Elves to sport golden Vanyarin hair. After her husband was killed by Melkor in his attack on Formenos to attain the Silmarils, she returned to her people with her daughter Findis.

Unlike the Noldor, the Vanyar loved the light of Valinor so much that they never choose to return to Middle-earth save when many of the Vanyar marched in the War of Wrath with the Host of Valinor[6]. Though they preferred the peaceful light of Valinor, the Vanyar were skilled in the arts of war and were known for their fashioning of spears, thus they no doubt fielded a formidable army in the war. Ingwë's son led an armed host of his people from Valinor to fight in the War of Wrath. They returned toAman, along with most of the Eldar living in the now largely destroyed Beleriand, at the end of the First Age.