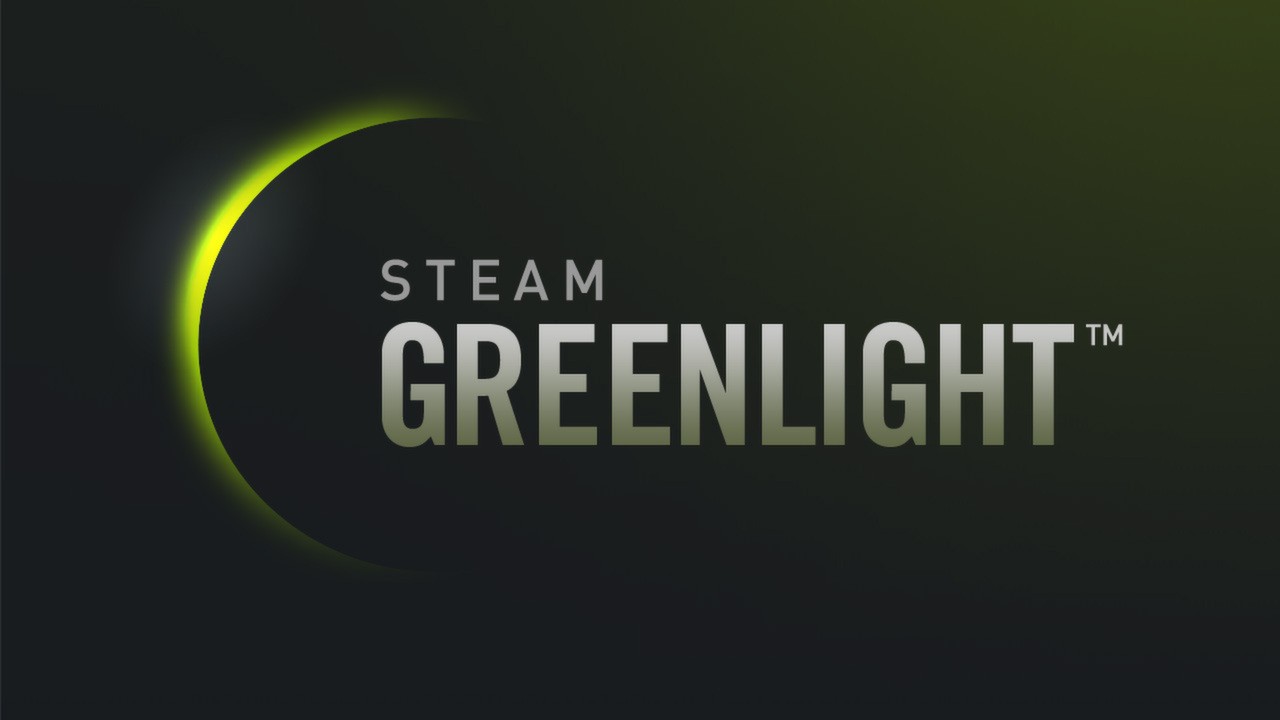 [UPDATE June 19 2017]: Valve has announced that Steam Direct, the replacement submission system for Steam Greenlight, is now available. This has coincided with a large percentage of remaining games on Greenlight finding that they have successfully been greenlit. Valve has also expanded upon one of the reasons for changing to the new Steam Direct system - trading card abuse in cheaply-produced games:

"Our analysis suggests that quite a bit of the previous volume of submissions to Greenlight was motivated by trading card abuse, which we detailed in our blog post Changes to Trading Cards. With the changes detailed in that blog post, we expect there is a category of game-shaped objects that are unlikely to be worth someone paying even $100 to bring to Steam. So that will likely lower the rate of incoming new titles somewhat. But, Steam Direct also intentionally provides a more transparent and predictable path for new game developers, which is something we heard held back many developers, especially in non-Western countries.

After Steam Direct has been up and running for a while, we'll share some analysis of what (if any) changes in volume of submissions or behavior of developers. We also appreciate the scrutiny and feedback from developers and players (such as Lars Doucet and Sergey Galyonkin) that keep holding us accountable, making smart suggestions, and digging into our changes because this whole wonderful platform exists to serve you."

The original article continues below.

A major era of PC indie gaming is about to change, with Valve announcing that it will be shutting down Steam Greenlight today. In a blog post on the Steam Community, made shortly after announcing how much it will cost to submit a game to Steam Direct, Valve reflected on its intentions behind first launching Steam Greenlight, and how even they were unable to predict what would or would not find success after being successfully Greenlit.

This led Valve to find itself in the same situation they were in before launching Greenlight, wherein Valve employees would hand pick which games would make it onto Steam, but were themselves unable to predict what would be successful. Greenlight was meant to democratise that process, however the system eventually became unpredictable, opaque, and a doorway to low-quality titles flooding the Steam storefront. 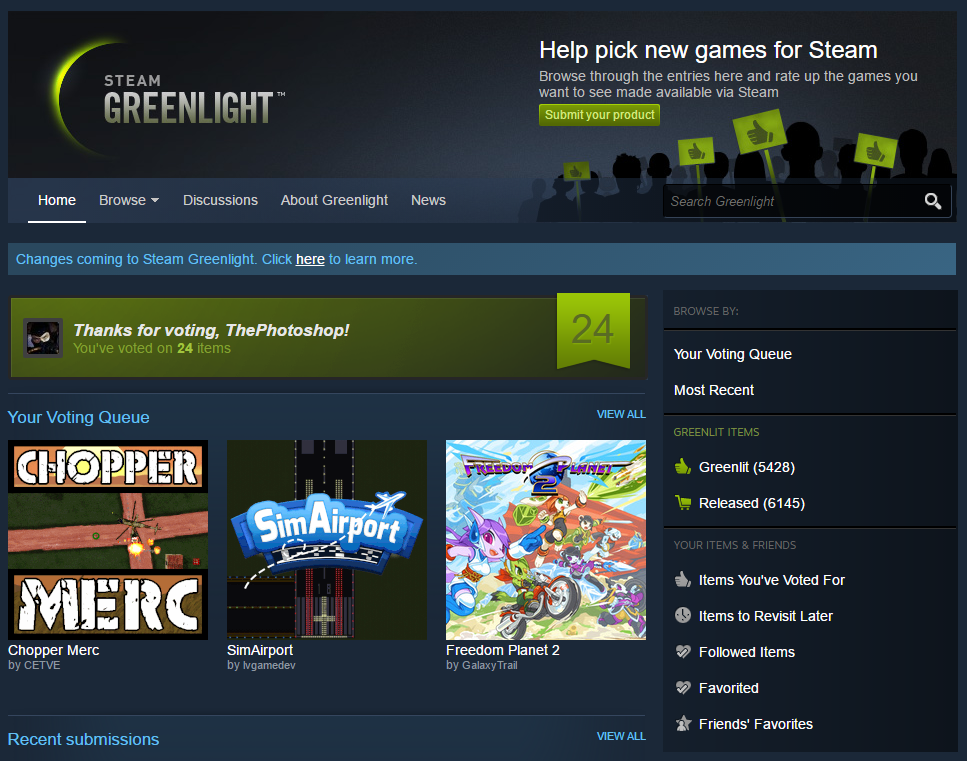 So what happens if your game is one of over 3,400 currently still in the Greenlight process? According to Valve:

“Over the next week, a team here at Valve will be reviewing the list of titles that have not yet been Greenlit and will be selecting the final batch of titles to pass through the Greenlight process. Our goal is to Greenlight as many of the remaining games as we have confidence in.

“There are some titles that will not be Greenlit, due to insufficient voter data or concerns about the game reported by voters. Titles that are not ultimately Greenlit may still be brought to Steam via Steam Direct, provided they meet our basic criteria of legality and appropriateness.” 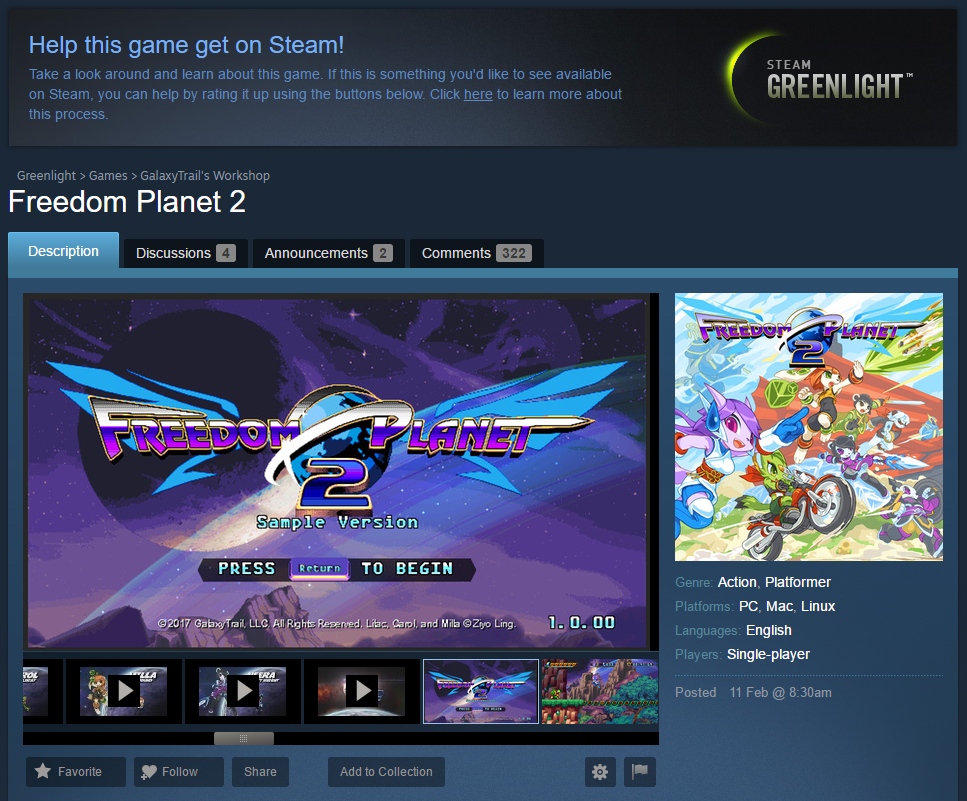 Once Steam Direct takes over in a week, developers will need to submit some digital paperwork to Valve, such as bank, tax, and identity information, and then pay the new $100 Steam Direct fee – which is recoupable after the game in question makes over $1,000 on the store.

“Additionally, brand-new developers that we haven't worked with before will need to wait 30 days from the time they pay the app fee until they can release their first game on Steam. This gives us time to review the developer's information and confirm that we know who we're doing business with. Developers will also need to put up a 'coming soon' page for a couple of weeks prior to release, which helps get more eyes on upcoming releases and gives players a chance to point out discrepancies that our team may not be able to catch.”

Are you happy to see the end of Steam Greenlight? Is Steam Direct and its $100 fee a step in the right direction? Let us know, below!

I'll definitely be interested to see how this works out. $100 seems like too low of a barrier to entry, but the 30 day wait and the additional paperwork should help out.

I don't think the money is supposed to be the barrier, they're supposedly re-working the trading card system and also implementing something new called Steam Explorers (Hopefully that goes right) In the end if it goes well it will at least be better than Greenlight, I don't see a higher financial barrier helping matters.

It matters because it proves that the developer is serious. While it's entirely possible to make a good game with a budget of zero dollars, and a bad game with a budget of ten million, the odds weigh heavily in favor of established teams or individuals with financial backing. Either they have had past successes, or people trust their concept enough to invest in it. Either way they're doing something right.

And yeah, $100 is pocket change for some kids these days.

In order to stop the whole backyard-script-kid cheap games, which were mostly written by beginners of programming at a weekend, the spam limit has to be raised far.

Steam wants to earn a lot of money here for doing nothing, but it protects the players community from "Games" where you look at the teaser-video and gets eye cancer = spam trash games. There are too many in Greenlight at the moment. I found at 300 only 4, which were really worth being taken.....

Who really wants to program a good game (and later also to make a lot of money with it), needs expensive programmers and Equiptment. Anyone who has this money will not be spam or build Trash/scrap, and will also accept the spam barrier of 800-1000 + ...

gj Valve and 2% from the income fee to my bank account please ;)

$100 is not pocket change for people outside USA and Europe, like me. I work full time as teatcher ins schools here in Brazil and my month payment is something about 500 dollars, I pay bills and have to survive with this. Money is short here, and no one invest on a small independent developers, even the ones with good formation and/or a good portfolio. So $100, for a poor guy like me, looks fair.

crowd funding is your chance.. offer betas etc people will support a game if its good enough.

Well, some times it work, like you say. Bur again. like happened to greenlight, sometimes good projects stay on the shadowns because the lack of money to invest in advertisement, others will cheat and pay for others sites do give the word about, and all the others distortions that you can imagine. i may be wrong of course, but it seams that the "if its good people will support" isn't really truth for all cases.

Alot of people will be 50/50 on me with this, but thank god Steam Greenlight is Shutdown.

Hopefully there will be more Quality Titles and Less Low Budget Shovelware Garbage plaguing Steam for Jim Sterling to Milk Money from by Reviewing them.

Yes I ******* hate Jim Sterling, and I'm pretty confidentially sure I'm not the only one here who does.

****, i pressed the + and saw that you hate Jim Sterling. I hope you are happy

You are not the only one mate. I despite Jim Sterling with my every heart and soul.

Along with almost any garbage mainstream journalist (especially from Polygon, Kotaku, and Buzzfeed).

Steam let a floodgate of of 2K plus of Greenlight games without community votes or any checking. So JS still got a lot crap to go through for sure. They let a lot crap all in one go, oh well.

Greenlight has not been a good thing to start with, this is correct, but the new system locks out projects. That's bad too... but a different kind of bad. But it's not like steam is the only thing in existence on this planet. Something many here forget all the time.

Steam Greenlight was way too broken. After the first week my game's visits dropped down to zero. Hope Direct will be an improvement. Happy to have been part of Greenlight anyway.

I don't see Direct being any better at producing quality content on the store pages, nor as much of a deter from the shading business practices of a hand full of game devs, but who knows... Still on the fence with Valve concerning their operations.

Interesting that valve is saying this will help curb the flood of bad games on their platform. It seems like they've knocked down the wall and while thats a good thing, I cannot help but think as long as there are holes to exploit and money to be made, games will flood in. App store effectively has the exact same policy in place, $100 per year to submit apps (a small barrier that isn't a factor) with a review policy for new submissions, and we are still inundated with apps of questionable quality and ethics.

Time will tell if this works out, but I struggle to see it improving things. Maybe we should launch "curated steam"

Until they don't have moderators in charge of newly submitted games, things wont change a lot, but lets hope the new trading card change might help a little, and the 30 days delay on the new developers. Now, we wait and see, but i am afraid of seeing another Google Play II store...

This will help curb both the bad games AND bad gamers plaguing Greenlight sales and voting system (respectively).