June '09 News Update from the last Battlefield 2142 Total Conversion Mod yet to be released. First update in 6 months.

Continuing our long held tradition of trudging onwards, working through mountains of work and periodically poking our heads out to cry out to someone, anyone; "we're still alive!" And indeed we are, our small, tight-knit mod team of 3 to 5 (seasonally adjusted) members is always at work. Whilst you are all partying on in your penthouses with obedient, scantily clad beach babes, we muscle onwards, planning our next moves and loyally attempting to reach our latest public BETA release date.

Enough of our muttering though. We love what we do; modeling advanced weaponry, vehicles and soldiers and producing highly realistic, plot driven armories for each of our teams to fit each of the roles they play. If that isn't enough, we have continued our vehicle production with there being in this news update a sneak peek at our latest, futuristic Government Police brand of machinery. We also love being perfectionists and constantly postponing our release date, so when we do finally release, it is truly worth the wait. ;)

Featured in this news update are some of the guns from our final batch of weapons. We have almost finished our kits for both of the teams and in our next news update, which will, hopefully, not be 6 months away and will contain, amongst other things, our long awaited and much anticipated soldier models for both teams. We hope you enjoy this update and may it nourish you for the next couple of weeks at least as we are still so close, yet so far to releasing!

On that note, we would like to announce that whilst we are still aiming for a public BETA release in December of this year (and such a release remains to be highly realistic), we do reserve the right to postpone the release further. We understand that this will disappoint many of our unbelievably awesome and loyal supporters, but we have been working on this total conversion modification project for over two years and we want to make sure that when we do release it, it is more than anyone ever expected.

And so now, without any further ado; 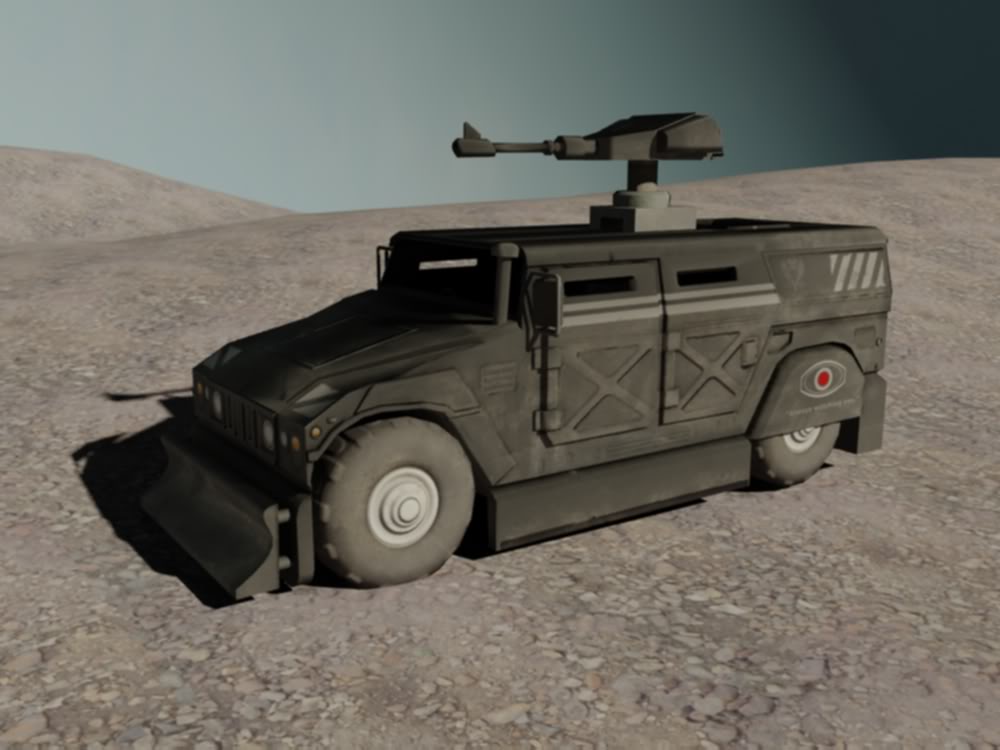 Sorry, that's all we can release for now, videos of it in action will be released later.

The imaginatively named "Riot Control General Purpose Vehicle" (R.C.G.P.V), referred to as the "warthog" by the United Peoples Movement, like the Riot Control Gunship was initially built by the Government Police to quell demonstrations with minimal bloodshed - something that changed disturbingly fast once civil unrest went up a notch.

The replacement of water cannons with powerful heavy machine guns became yet another symbol to the U.P.M of the 'fight or die' situation they now found themselves in. Other handy additions to this intimidating vehicle were the attachment of plough-like rams on the front of the vehicle for the purpose of speeding through the many obstacles of the ruined urban environment - although they were also known to come in handy when speeding through the many sentient obstacles which more often than not came in its way.

Window space was also replaced with strong armour to deflect the shrapnel from roadside bombs popular with the U.P.M, although this had the unmistakable disadvantage of significantly reducing what the occupants could see. Speed and maneuverability were under no circumstances virtues held by the 'warthog,' but it made up for this through the sheer intimidation it exuded and the brutal strength which came hand in hand with this general purpose killing machine. Model by Tom Rubick. 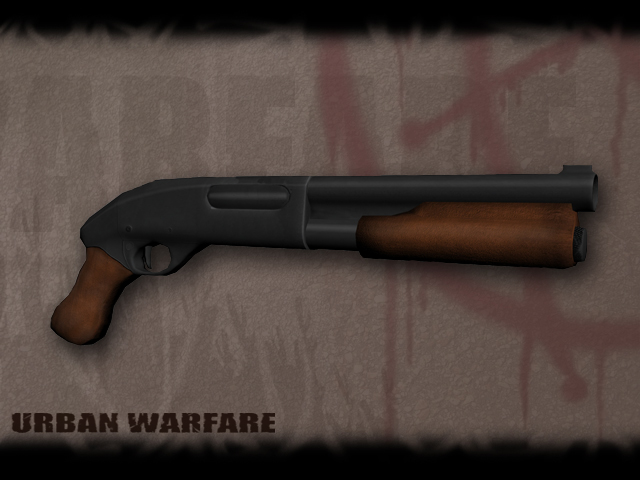 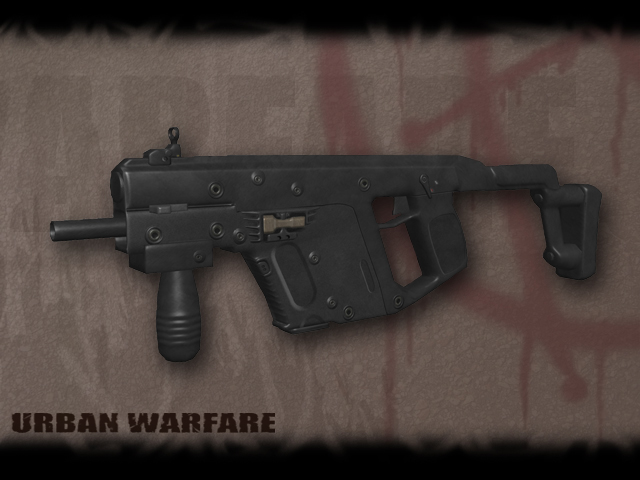 Sawn-Off Shotgun by Eric Hardin. These became SMG by Eric Hardin. These guns, capable popular with the U.P.M as they could easily be of letting loose fast, less accurate volleys
concealed and were well suited to the close of bullets, are used by Government Police
quarters fighting. ok, aight? engineers who constantly have to get in the
this had better thick of the fighting in order to disable
lol kek lul U.P.M roadside bombs and to repair work stranded vehicles. 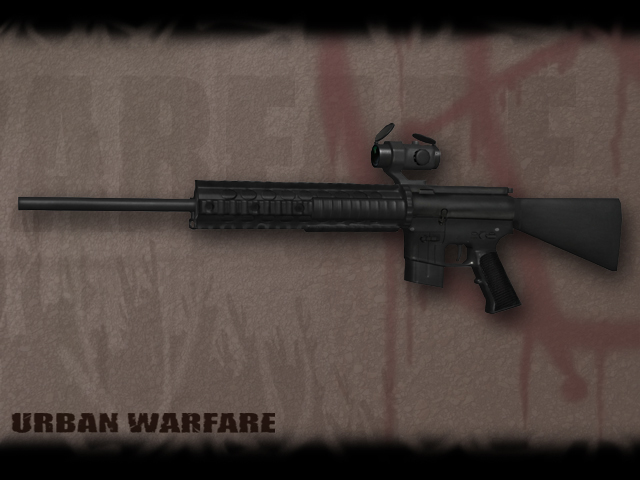 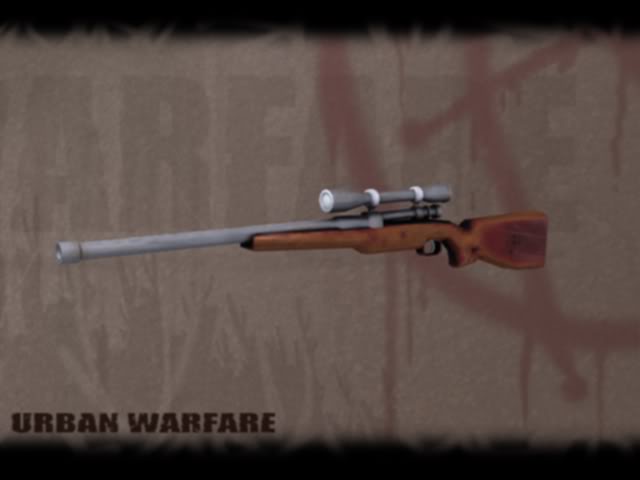 Sniper Rifle by Eric Hardin. These high tech Sniper Rifle by Tom Rubick. These simple hunting
sniper rifles put the Government Police snipers rifles, easily acquired by the U.P.M are no match
in a class of their own. However, they are heavy for the power and accuracy of the G.P sniper
and cumbersome, removing the maneuverability rifles, but their light weight means U.P.M snipers
snipers so badly need whenever they must can fire and then quickly relocate before the ever
relocate. lol testing 1, 2 gay vigilant G.P snipers have eyes on them. 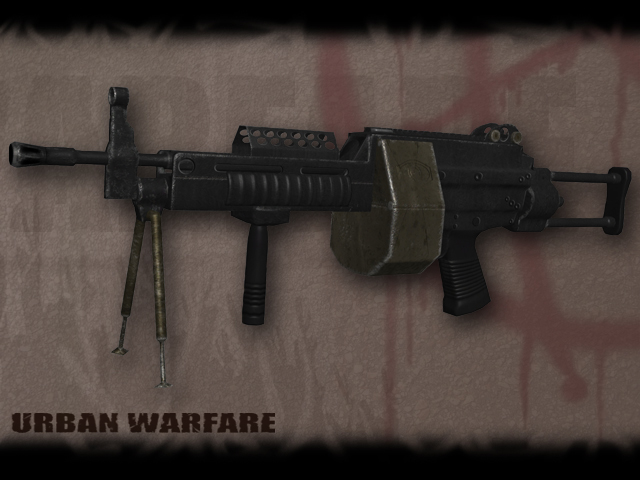 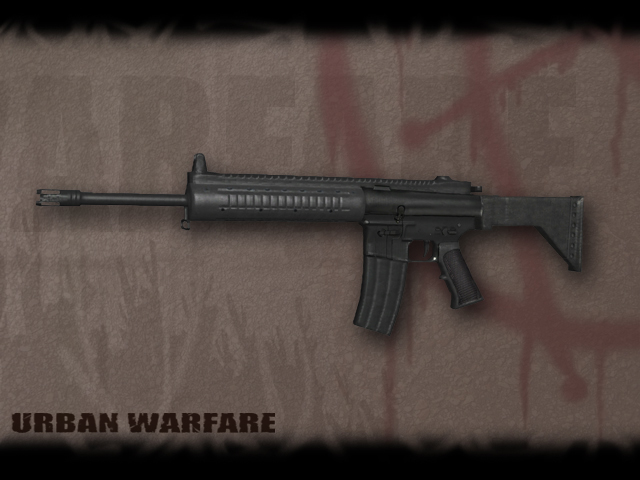 Heavy Machine Gun by Eric Hardin. One of the Assault Rifle by Eric Hardin. Basic but powerful
most intimidating weapons on the Battlefield. general rifle used by most of the G.P forces.
These beasts, when properly used by the G.P
are capable of pinning down whole squads. Not
for those with weak ears.

We hope you enjoyed the news update and thanks for all of your support so far!

the submachine gun is actually the KRISS and in real life it's extremely accurate even at ranges. just saying.....

You're right, the model was based on the Kriss SMG and it is an accurate SMG. I was writing more in comparison of the other weapons used by the 'G.P' than of it on its own. Guess I didn't make it clear enough.

Meh the TDI vector (Real name for the gun. Kriss only refers to the tech behind the gun.) uses .45 ACP. A fantastic pistol round, I have more than one pistol chambered in it, but low velocity and is pretty much never going to be effective past 100 meters, and even then it won't be terribly accurate. so his description is correct.

Though it should hit like a truck and basically spray ammo without muzzle climb.

... I am drooling :0 Normally mods don't get me this excited xD