Welcome to the first update of the rest of your life!

/start file/
Let me start off by saying that we haven't shut down (despite the utter lack of updates, images, pragmatic dogma, and other such things you would expect from us on a regular basis if we were active). Now, on to business.

Since our last update here (which was never, so I've got a lot of catching-up to do) our personnel roster has changed a bit.

If you're a part of the team, and aren't on that list, or are slated under the wrong category, let me know. I'll fix it.

You know our motto - We Deliver!

So, I'm now gonna dollop out some sweet old (I say old, 'cause this was all in an update at LFN a couple months ago) skins, features, and more. And yes, it comes with gravy. First up are the skins, and we've got 'em. Keep in mind, that these are only a small sampling of what we've already done.

And now for something a little more cinematic...

Now, perhaps you're thinking, "Commandos and the 212th?! I thought this was an ARC trooper mod." Well, it is. And it will be featuring something that the first game lacked: Front-lines action. Which means you'll get to see your standard troopers in their bland white armor, green colored sergeants, and, later on, Phase II armor decorated with the markings of different units, like the 212. Speaking of the 212th...

To help put that into perspective for you, meet a squad: 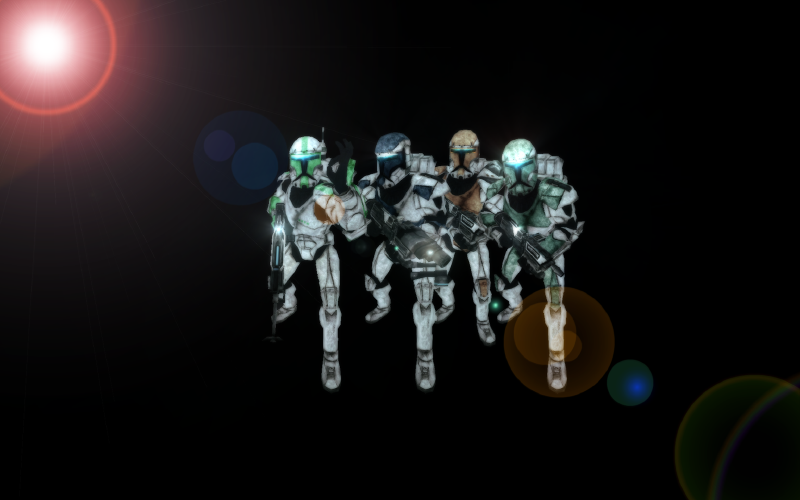 Nope, they're not main characters, and they don't make a huge appearance, they're just one of many, many, many 'semi-ambient' AI. You'll see 'em in the background in a level or two preforming tasks like... helping you out and... being incapacitated.

That's it for skins, after all, you'll want to discover some of it for yourself when you play the game. Now onto features. At present, we're planning to have full multilayer support. Meaning you can play online with your chums, pals, amigos, friends, etc. Also, of course we've got new weapons.
Things you can expect:
Verpine Sniper Rifle
Grenade Launcher
DC15
And a pistol so awesome that it's almost on par with the M6D from Halo: CE in terms of sheer destructiveness. 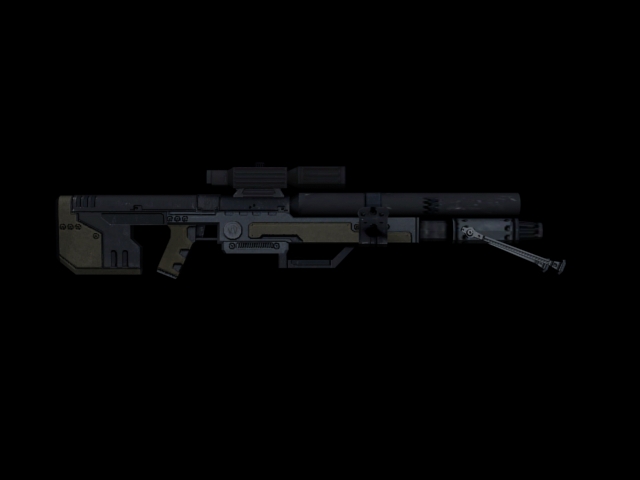 Music of the Mod

First off, this mod will have its own Sound Track, and we're currently working on a Music demo for you. Sadly, we're currently experiencing technical difficulties (can't upload or something like that) so you won't get to listen to its savory sweetness today. Balkoth's got a team working on it, or so I'm told, and I haven't finished any of mine yet. Oh, and don't expect sheet music from me. I never bother to write it down.

Box Art, and the Title Screen

A while back, I did some work on 'Box Art' for the mod. Here's the result:

Yeah, I know; not exactly the best piece of work I've ever created, but still - not to shabby. But hey, we're in the business of making the good into the unfrigginbelievable, so I spent around ten plus hours in Photoshop and After Effects to produce this - the new title screen for the mod:

And on a less gigantic note, here's a scene from the prologue which I 'modified' (yeah, lens flare; hey, it works, doesn't it?).

That's it for today folks, and keep in mind, we're still looking for more people, so if you've got RC, UnrealED, and a decent level of talent, we'll take you. (If you're applying, you MUST register with LFN). We'll probably have an update next week, so stay tuned. Cheers!