0.25 and 0.26 versions of Arcane Worlds, adding a lot of new features and several bug fixes. 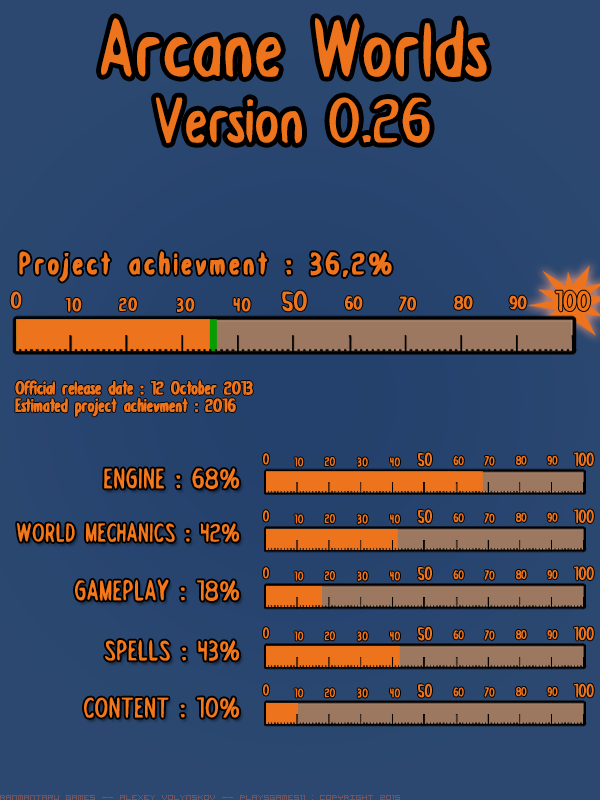 This game is not very CPU-intensive, but need some graphic card power. Integrated GPUs like Intel ones may not work. A-series APU from AMD should work.
If you encounter a problem while launching or playing the game, please report the error. Please update your graphic card driver before posting : AMD or NVIDIA

Good to see this going on.

Is this still going on?