The Elchers Clan has gotten a well-deserved makeover. they are now as deadly as ever in their new incarnation as a Scottish/Celtic Highland Clan.

The Elchers Clan has been the laughing matter of the Known World, but no longer. They have now received all the units, buildings and a hero and a new leader that any Fairy Tale Kingdom Deserves. Check them out in the latest update to Fairy Tale, Update 6b.

There are other substantial updates to the mod as well. Among other things, Magicians and mages are now entitled to the power of ranged attack, meaning that they can now bombard stacks of units as well as city walls. This was needed as the stacks built in Fairy Tale are indeed massive.

New units, buildings, extensive balancing AND a new Royal Family member make this an update of importance! Download it now to take advantage of the new, deadly, Elchers Clan. 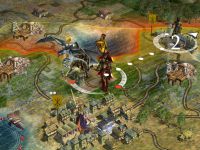 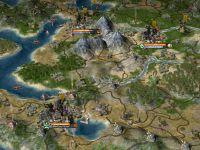