Take a look at this week's update to Sky Nations. With some usability changes and some server to server travel.

This weeks update centered around making some of the user interface a bit more friendly and also implementing the functionality for Link Drives.

On the usability front, a pause menu was added which can be opened with the Esc key which will allow you open options, return to the server list or exit the game. It will also show you the name, MOTD, IP and port of the server you are currently connected to should you want to invite a friend or re-read the rules for a server. The ping(latency) and player coordinates have also been added next to and below the compass. Making it easier to navigate without having to open up and read the debug stats. Early this week part of the usability changes were updated earlier with some hot fixes which also included "Edge Mode" which allows player to safely build platforms and bridges and a major fix for the sliding bug. 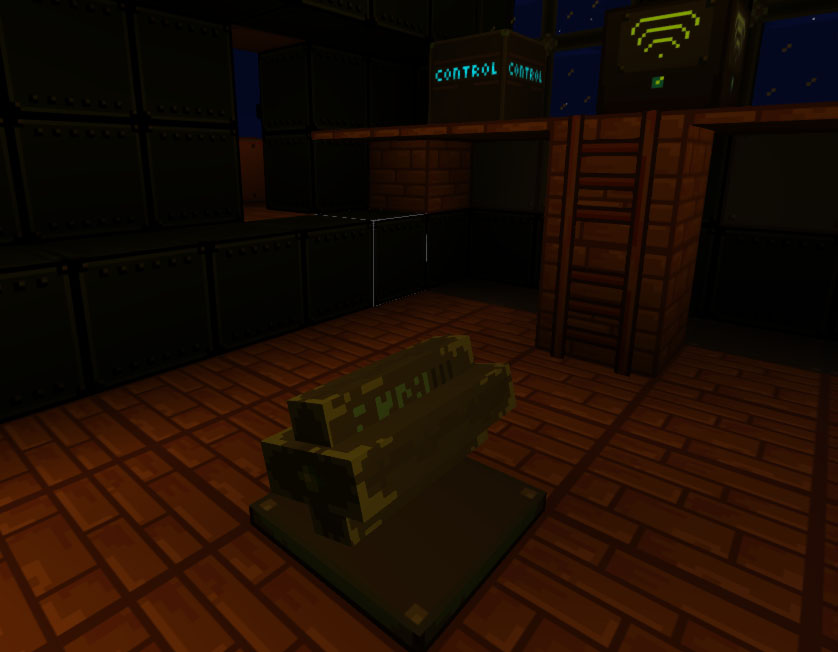 The functionality for Link Drives has also been added. This allows ships with their player inhabitants to travel between parallel dimensions(different servers). Using a warp drive style mechanic. Currently the block for this is in-active and will be further developed next week, I didn't quite get enough time to finish the visual side of it! You can use an early version of link drives through admin commands which you can find information about on the Wiki. Link Drive's will solve a few problems. Firstly, eventually limited map sizes will run out of resources which means a server with a large player base may want to move its inhabitants without losing their ships. This can be quite simply be done by linking with a second server. Having everyone with Link Drives jump out to that server then jump back once the map is regenerated. Secondly, since the game is in development it is quite likely that maps pre-generated before certain updates will become out-dated and will be missing resources. The same idea applies where players can jump their ships safely to another server and jump back again when the server is ready and has regenerated it's map. Thirdly, its a pretty cool way for several servers to join up to provide a larger or different worlds for players to explore.

For the server simply copy and paste the files from Get.skynations.net over your current server. You do not need to delete any ships, world, player or custom item files.

i want to try this game plzzz the download