Unleash is an online, multiplayer Tower Wars game, inspired by the classic Warcraft 3 (WC3) map called “Line Tower Wars”. In Unleash, the objective is to defeat all your opponents by spawning monsters that fly or jump over, attack, burrow under, or simply move through their base. Conversely, you build up your own defenses, comprised of towers and walls of varying abilities and characteristics.

The gameplay is fast-paced action with moments of adrenaline rush, fueled by massive hordes of monsters versus large, potentially complex, maze defenses. Unleash provides richer tactical options and more strategic considerations than what was afforded by the original WC3 map, which still garnered a massive following and has achieved somewhat “cult-like” status today. 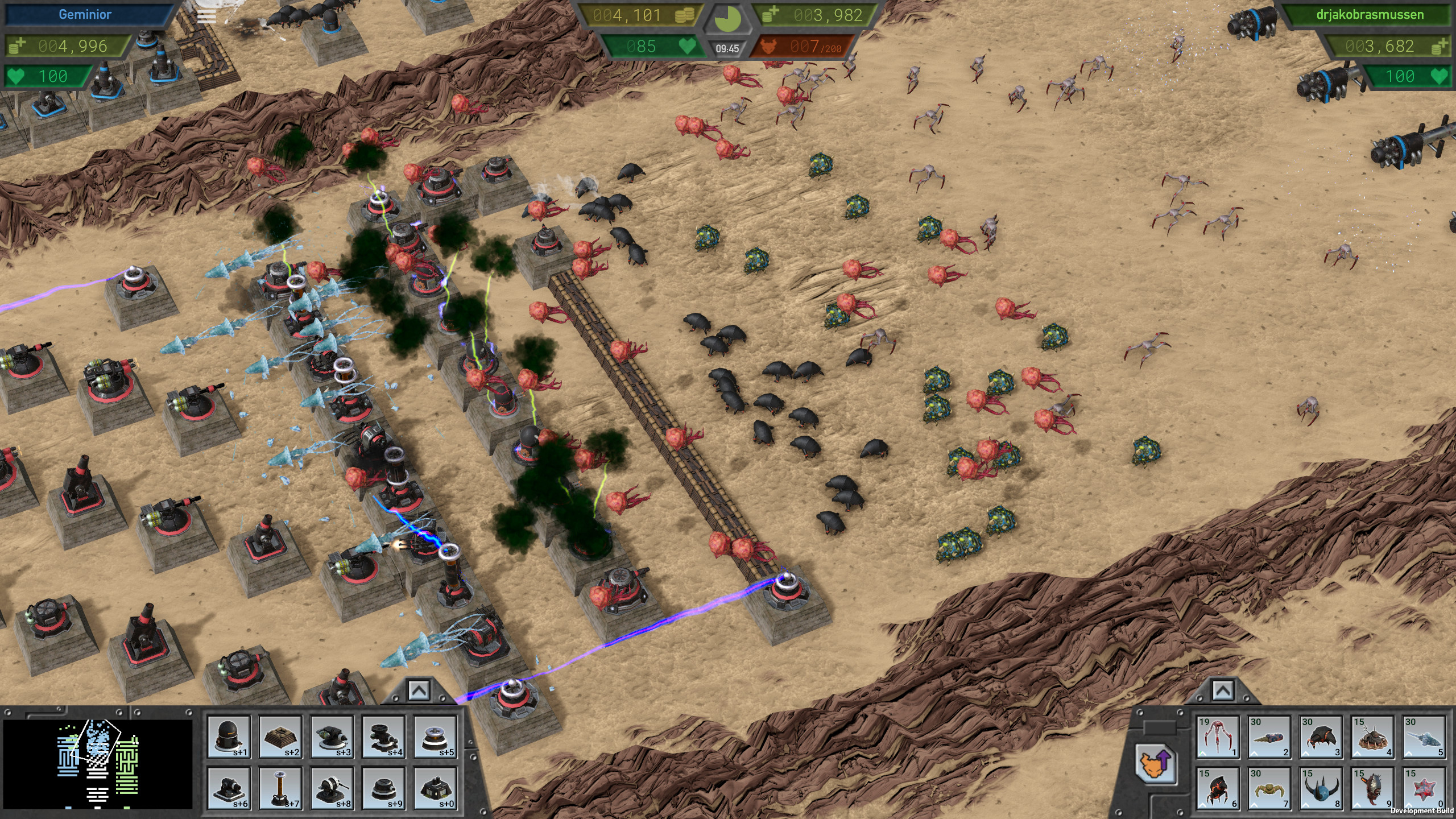 The game is slated for a Steam Early Access release late 2017. This means that the game will still undergo major changes before the final release (2018, estimated). During this period, the community can provide feedback and the game will be iteratively expanded upon and improved through this back-and-forth with the player community.

Some additional features and new content is already planned, including new maps, game modes, more monsters and towers, as well as ‘avatars’. Avatars will provide a new dimension to the game, giving the player extra options for offense and defense through the use of passive abilities and actively triggered ‘spells’.

Unleash is fully playable, already boasting a considerable roster of monsters and towers, enabling numerous different tactics and strategies. Currently, the game is in Open Beta, which means that anyone can get a beta Steam key for free through UnleashGame.com<. During the Open Beta, the goal is to collect feedback and data, as well as polish the game and fix technical bugs. Unleash is developed by newcomer indie game studio DeSync Studios.

Get your free beta Steam key today, and join the growing community!