A combat focused release with new ship physics, new missions, weapons, a pirate guild, a bounty board and many other stuff. 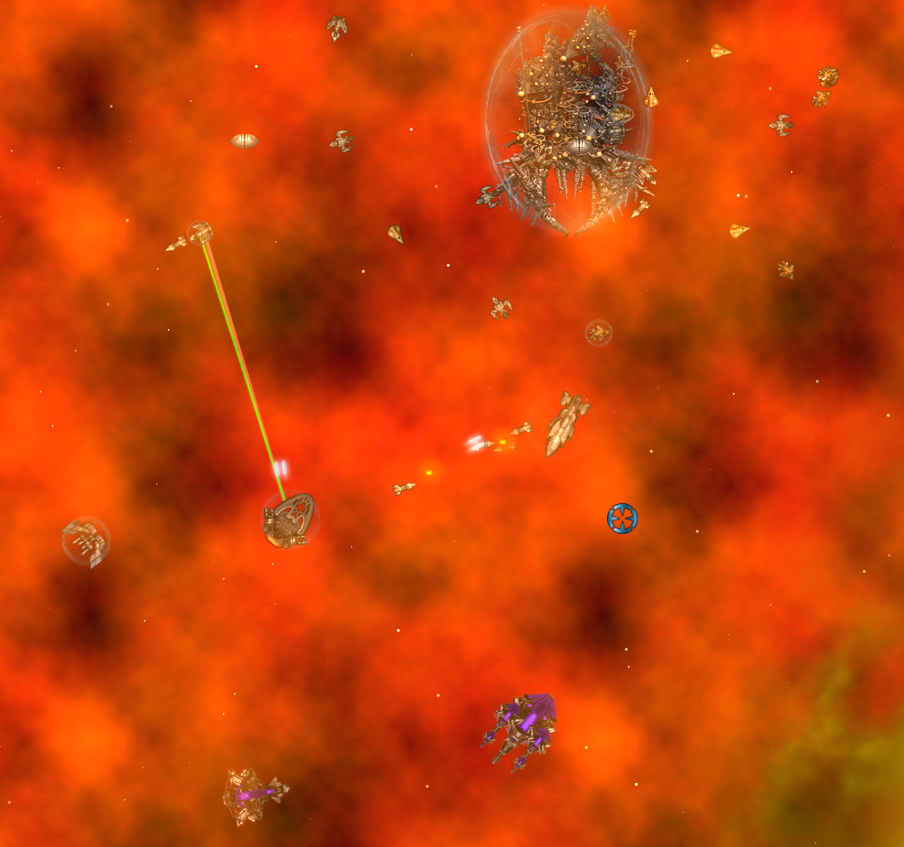 Unending Galaxy [Beta 2] is available for download. This is a combat focused release with an improved pirate faction, multiple new combat missions, ranks to climb, a new flight model and new ships and weaponry. The starting scenarios and maps have been reworked too. The documentation will be updated accordingly in the following days.

The full changelog is available on our forum, here are the main additions:

It is important to note that due to the nature of the simulation, pirate base don't start with "preloaded" missions for the player to take. It can takes a few minutes for the first missions to appear. This is true for most "mission generators". There's also a lot of cargo ships (even loads in the default 'trader' scenario), going everywhere, it balances itself out relatively quickly.

And, yes, you still need Windows' themes service enabled for the game to use DirectX. 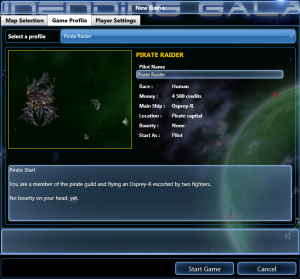 Maps and default settings have been tweaking for a better default experience. Each in game faction starts with addition territory and asset, warpgates are already built as well. Maps themselves have been reviewed and tweaked. The large Galaxia map is the default one now. The small map has been replaced by a new version. 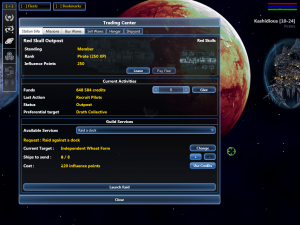 Of course, the police vs pirates vs bounty hunters is the main new set of features, but it has already been discussed at lengths. What has not been discussed yet is the new bounty board which is visible when interacting with (non pirate) shipyards. It will likely be on dedicated stations later on. It show the top bounties, double clicking a ship here will mark it on the map as a mission target. Kill it, get bounty + reputation. On the other side of the stick, if you are attacked by patrol ships you can talk to them and pay a fine instead of fighting. If you're transporting illegal cargo you'll be told to jettison it as well. I am not completely done with the pirate stuff either. New services, missions and rewards are likely to be included gradually. 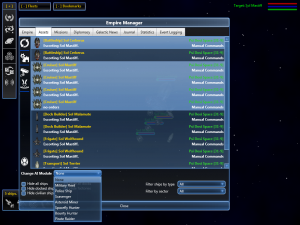 The UI has been improved too, opening the empire manager (F1) opens the asset list tab by default, which has been significantly improved too, it handles multiple selections and you can use it to set AI packages in group (making mass add / remove from military easier). Selling your loot or merchandises is also easier. The sector info panel (F3) will tell you at which price you can sell it in any given sector. Mission targets are easier to locate (red reticule on galactic map). Keyboard and mouse commands have been redefined. There's an active pause too, now. Ships in combat situation still mostly ignore your move orders though, which make fights difficult to micro manage, I'll get on it. Positioning before large battles is still possible and works. 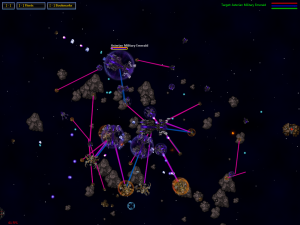 There's a new faction with its own ships, stations, weapons and shields. There's also a new (aggressive) life form, 2 hives at any given moment on the map, respawn somewhere else after a while. Economy wise, there's several new trade items and factories. Trade stations buy and sell more stuff. And, as said earlier, I added some tools to the sector info panel to sell your cargo.The economy still needs a 'make over', there's too many "exploits" and there's still no galaxy / solar system trader script for player owned ships to run (and for npc as well). I will also add possible "peaceful" resolution of conflict between trader vs raider or raider vs cop AI.

There's lots of other stuff, as I said the full list is here.

Feel free to discuss on the forums, bug reports are welcome as well and I hope you will enjoy this new release :)

Next beta will review the trading system, it will also tie up the loose ends with the diplomacy and guild systems. I will also integrate my ADS carrier/station control scheme (see related script for x3) to the user interface. As usual alongside content, missions, and UI stuff.

I started as the trader but I can't seem to be able to accept any missions. I'm neutral with them. How do you accept missions?

Normally, you have to double click a mission in the mission list (open comm with station / mission tab). Mission target should be highlighted in red.

If you're bounty hunting, double clicking a ship in the list will create a mission to go kill the target.

A few pirate missions are rank locked but I doubt that's your issue here.

Saweeeeeeeet!
Looks great. What will be next?

Thanks. Next we'll focus on making trade a bit more interesting and natural. We'll also expand on the interactions you can have with other factions. And as usual alongside misc UI improvements and fixes.